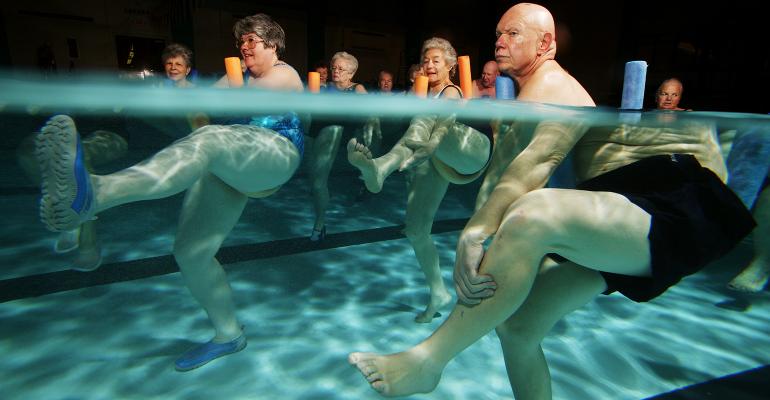 I’ve done my share of work on changing demographics and how those will lead to (as they seem to be doing already) a slower pace of GDP growth, relative to the bulk of the postwar era, and keep upward pressure on interest rates at the margin. Those looking to retire will save more and invest more conservatively, and those who are retired will spend less as they anticipate a longer life.

Note that I have included concerns that benefits (such as Social Security or pensions) may diminish; that’s there as well.

I recently came across reports that come to very different conclusions. One by the Bank for International Settlements argues in its headline that “Demographics will reverse three multi-decade global trends.” Its 47 pages are nicely synopsized in a Bloomberg piece, “New Study Says Aging Populations Will Drive Higher Interest Rates.”

The upshot differs from most things I’ve read on the topic, concluding that the addition of cheap labor from China, emerging markets and eastern Europe effectively brought about a stagnation in real wages, deflationary pressures and lower interest rates, but that “shock,” the authors contend, is reversing.

(They say the hardest part to unwind will be that of low interest rates due to the high level of debt out there enforcing such a regime, making inflation that much harder to bear economically.) Read it yourself, but keep a lot of coffee in the pot.

The other piece argues that it’s demographics that will sustain a low-interest-rate scenario for at least a decade more. From PIMCO we have, “70 Is the New 65: Demographics Still Support 'Lower Rates for Longer.'”

If I did PIMCO justice, their angles are:

As people age they "de-risk" away from stocks to bonds, and aggressively so once they hit their 60s. “The lion’s share of the $31 trillion in U.S. household financial assets is held within—or over the next 10 years will be held within—age cohorts that typically need to grow their fixed income allocation,” the authors write. People in the top income quintile do not even start selling stuff (i.e., reduce their portfolios) until they’re about 80. In other words, the richest of us, those with 80 percent of the household financial assets, are not selling their bonds or equity shares until very late in life.

The authors refer to all this as a "demographic tailwind" for bonds over the next decade, especially municipal bonds. While I didn’t construct all the data they offered, I’m in full agreement with their conclusions. While they focus on the demand side for bonds, I tend to emphasize that the aging population will spend less—they’ve done their household formation—and so contribute less to the consumption side of the economy. They will save more to fund, generally speaking, an increasingly longer stretch of retirement and all the support (entitlements, low interest income) that goes with it.