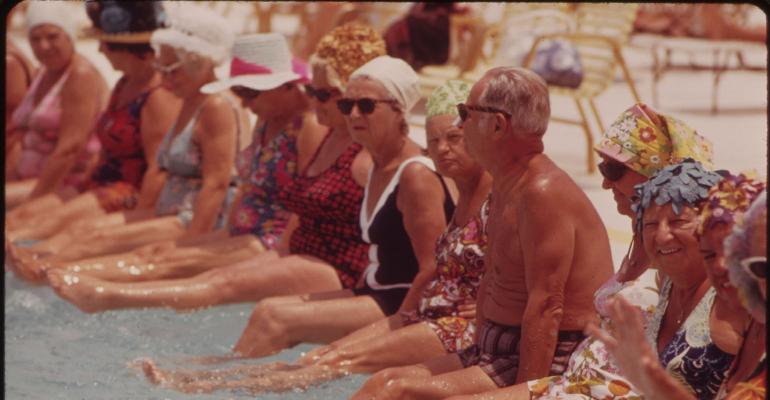 Americans Fall Further Behind on Retirement Savings as Inflation Bites

A new survey found that 55% of people feel they haven’t saved enough, and inflation is preventing them from doing so.

(Bloomberg) -- More Americans are falling behind on retirement savings, and inflation is making it even harder to catch up.

A new survey by Bankrate found that 55% of respondents feel their retirement savings are behind where they need to be, up from 52% last year. Among those putting aside the same or less than they did in 2021, more than half said rising prices are holding them back from saving more.

Boomers — the generation closest to retirement — were most likely to say they’re behind, at 71%, compared to just 30% of Gen Z.

Read more: Americans' $7 Trillion Retirement Crisis Is Only Getting Worse

“Even though Americans know they need to save more, inflation is a major obstacle to doing so,” said Greg McBride, chief financial analyst for Bankrate. “We know from the CPI and other inflation barometers that the lion’s share of inflation is coming from necessities like shelter, food and energy costs. This is not discretionary spending that is really straining household budgets.”

Nearly a quarter of respondents said they didn’t save anything this year or last year, while another 16% said they’re saving less than last year.

Aside from inflation, respondents cited stagnant or reduced income, new expenses and the desire to keep more cash on hand as key reasons they’re not saving more.

While some people are putting aside less money, others are actually drawing down their retirement funds. About 20% of respondents said they took money out of their retirement accounts over the past two years, with 21% citing emergency expenses and 11% saying they did so to cover everyday expenses like groceries or utilities, according to a separate survey by MagnifyMoney. Not surprisingly, 21% said they no longer feel as prepared for their next stage of life as they did two years ago.