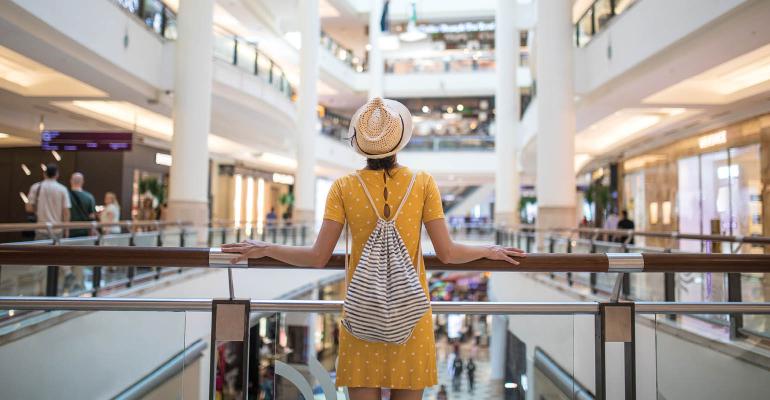 Exclusive Research: Light at the End of the Tunnel?

Retail real estate has taken a beating, but the level of bearishness in the sector is beginning to abate.

In a seemingly interminable procession, one venerable retail chain after another shuts down stores, restructures under bankruptcy protection or closes shop entirely. (In some cases, it’s been all of the above.) Retail real estate owners and managers have struggled to cope. They scramble to restructure leases or find replacement tenants. The most creative have changed up tenant mixes, bringing in more entertainment or service-oriented tenants so their income streams are less reliant on the vagaries plaguing the retail sector.

The question looking ahead is whether more of the same is in store for the sector as more sales activity shifts online or if this painful stretch is nearing its end. Based on the answers to NREI’s fifth annual research into sentiment in the space, the level of bearishness has leveled off. Some of this is a function of a more favorable interest rate environment due to the Fed’s recent rate cuts, but according to open-ended responses it also signals that investors are starting to feel better about retail real estate.

“Neighborhood, community, and power centers all contain upside, plus the additional bonus of having a dynamite core clientele base,” one respondent wrote. “Generally speaking, these assets are in high demand, and as they continue to see success, are increasing rents while finding more secure tenancy.”

For example, on a scale of one to 10, with 10 being the most attractive, retail scored 5.5 in this year’s survey. That’s flat with a year ago and the first time in our research that the sector didn’t post a year-over-year decline. It still leaves retail at the bottom of the list compared to office, industrial, multifamily and hotels. But at least the picture has stabilized after years of deterioration. Interestingly, the industrial sector (which has seen its attractiveness score rise in concert with retail’s decline) also stabilized at 7.6. And the sector fell behind multifamily (which rose from 7.5 to 7.8) for the first time in three years.

In a new question in this year’s research, we asked respondents to rank retail subtypes based on their potential to deliver the highest yields. Single-tenant net lease topped the list with a score of 3.50 (on a scale of one to five). That subsector was closely followed by neighborhoods centers (3.48) and lifestyle centers (3.31). Regional malls (2.31) finished at the bottom of the list.

Similarly, sentiment began to swing a bit on investors’ plans to buy, hold or sell in the sector. In all, 46.6 percent said they think now is the time to hold properties (up from 43.4 percent), while 28.2 percent think it is time to sell (down from 35.2 percent) and 25.2 percent said it is time to buy (up from 21.4 percent a year ago). The buy figure is the highest in the five years NREI has been conducting this research.

There was also a significant drop in this year’s survey in the share of respondents who expect retail cap rates in their regions to rise. Overall, 45.2 percent said cap rates would rise (vs. 63.2 percent a year ago). About one-third expect no change (32.2 percent) and 22.6 percent expect cap rates might fall—the highest level in the five years of conducting this research.

Responses to the survey signal that the level of debt and equity targeting the retail real estate sector has stabilized as well. In all, 29.9 percent of respondents said equity is less available than 12 months ago and 28.4 percent said debt is less available. (Both numbers improved from a year ag0). A plurality in both cases said levels were unchanged (37.6 percent for equity and 41.4 percent for debt). And the share of respondents saying capital is more available than a year ago rose to 20.8 percent for equity (up from 12.7 percent last year) and 18.9 percent for debt (up from 13.3 percent in 2018).
In looking at specific financing aspects, respondent sentiment varied. The picture on interest rates has changed dramatically since we’ve moved from a rising rate environment to one where the Fed has reversed course with three straight rate cuts. Looking forward, 26.2 percent expect rates to go up, while 30.0 percent expect them to fall. A plurality of 43.8 percent expect interest rates to remain flat. (The last time we conducted the survey, 91.8 percent expected rates to continue to rise.)

Just more than two-fifths of respondents (41.6 percent) expect an increase in the so-called risk premium, the spread between the 10-year Treasury rates and retail cap rates. When it comes to loan-to-value (LTV) ratios and debt service coverage ratios in the sector, most respondents (62.4 percent and 59.9 percent, respectively) expect things to remain the same.

On the retail leasing front, sentiment improved from a year ago, but not as dramatically as it did compared to the finance and investment picture.

Nearly half of respondents—45.5 percent—anticipate no change in regional occupancies over the next 12 months, which is in line with responses from a year ago. There were some moves on the margins, with 31.8 percent of respondents saying occupancy rates will rise (up from 25.6 percent as year ago) compared to 22.7 percent who said occupancies would fall (down from 27.6 percent). Ultimately, that amounts to a five-percentage-point shift in a positive direction.

The level of improvement was also evident on the question of rents. In all, 48.1 percent said they expected a rise in rents (up from 41.9 percent in 2018), while only 21.4 percent said rents would fall (down from 26.8 percent in 2018). As with occupancies, the share of respondents saying there would be no change was virtually identical (30.5 percent in this year’s survey vs. 31.3 percent a year ago).

This year’s metrics are the first year-over-year improvement in sentiment on rents after three straight years of declines. (The figure peaked at 77.9 percent in the 2015 edition.)