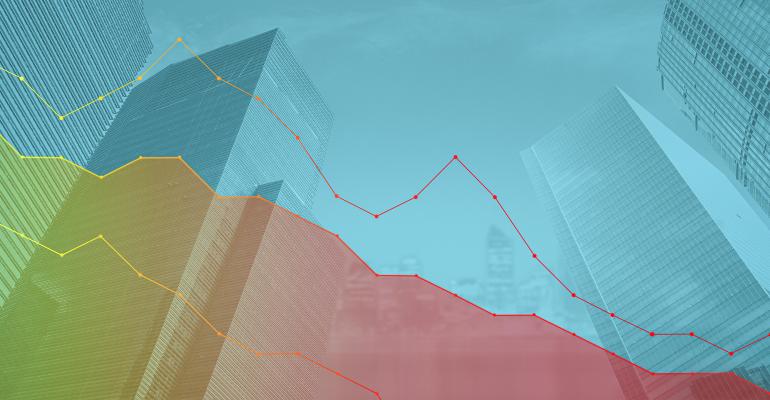 REITs Got Swept Up in the Broader Market Selloff in April

Despite the drop, REITs are outperforming the broader stock market and seem positioned to weather current economic challenges.

Inflation, geopolitical tumult and rising interest rates have spooked stock market investors and publicly-traded REITs have not been immune from the sell-off.

Total returns for the FTSE Nareit All Equity REITs index dropped 3.66 percent in April and as of the end of the month were down 8.72 percent. While that marks a major reversal from 2021, when REITs posted a 40 percent rise in total returns, the news is not all bad. In fact, REIT total returns in 2022 have outperformed other indices, including the S&P 500 (down 12.92 percent), the Russell 2000 (down 16.69 percent), the Nasdaq Composite (down 21.00 percent) and the Dow Jones Industrial Average (down 8.73 percent).

Related: Publicly-Traded REITs Enjoyed a Strong Bounce Back in March

Among individual property types, while most sectors posted declines, lodging/resort REIT total returns were up 2.04 percent for the month and are up 9.07 year-to-date as leisure and business travel continue to rebound.

WMRE sat down with Nareit Executive Vice President and Economist John Worth to discuss the April return figures.

WMRE: What are the high-level takeaways from the April results? 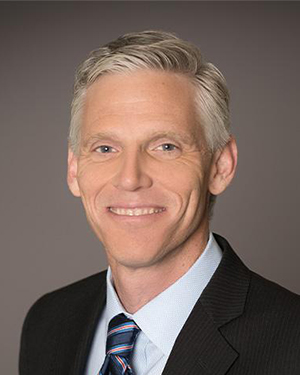 John Worth: REITs, along with other equities, had a tough month. But REITs did outperform the broader stock market in April. And for most of April—when you go in and look at the daily returns—REITs were resilient. They were into positive territory coming into April 29th. Then there was a broad market shift in sentiment—reacting to earnings reports, consumer demand and other factors. So, ultimately we did see REITs down for the month, but outperforming the broader stock market.

We are in a period marked by concerns by rising interest rates. And as we’ve talked before, REITs have done a lot to position themselves be resilient. There are also a lot of concerns about inflation. But, again, REITs have historically been good performers in periods of inflation. There are also concerns on continued economic growth. But we did have two good signals on that. The monthly jobs report beat expectations. And while the overall level of employment is still down 1.2 million jobs from pre-COVID, we have seen over 20 million jobs created since April 2020.

That gives a lot of confidence that in the near term we will see economic growth chug along and what we saw in the GDP report is not a harbinger of a near-term recession. When look to 2023 or 2024, the crystal ball gets cloudier. But signs today still signal near-term strength in the economy, which flows down to rents, occupancies and overall REIT performance.

WMRE: Was there anything notable at the property level in terms of differing performance?

John Worth: Lodging/resorts showed strong results, up 2 percent for the month and now 9 percent for the year. It’s a continued recovery for the lodging space. We are seeing people out and about. We are seeing some recovery for business travel. We are seeing lodging REITs working through staffing challenges. In the JOLTS (The Job Openings and Labor Turnover Survey) report that came out earlier this week, it was reported that there are 1.9 job openings for every unemployed person in America. So that’s really filtering through to the service sector.

WMRE: What about at the other end? What property sectors had rough months?

John Worth: Office total returns were down 10.5 percent. That was a turnabout on what has been a good year for office overall. I find the April numbers to not necessarily be aligned with what we’re seeing in terms of fundamentals. We are hearing more companies putting return-to-office as a priority. And one of things we were looking for in JOLTs report is whether there were elevated quit rates in some office-using sectors. But we did not see any meaningful evidence of that. So overall the office total return numbers seem a bit at odds with what we are seeing in terms of continued movement in that sector.

WMRE: That is surprising. From everything we have seen, fundamentals for commercial real estate are strong pretty much across the board, even when you factor in some of the questions in the office sector.

John Worth: We have seen vacancy rates for offices elevated from pre-COVID, but they have stabilized. We did not see a further tick up in the first quarter. And we also saw positive rent growth in the space. One of the things that has helped support the office sector is that even though we are not seeing a lot of net absorption, we are also not seeing a lot of new supply coming on to the market. So, that’s helping provide some stabilization.

WMRE: We recently conducted our annual sentiment survey on the industrial sector and found some of the highest levels of optimism that we’ve seen in the years we’ve been doing that, even on top of the robust run the sector has already enjoyed. Results from the first-half 2022 WMRE/Marcus & Millichap Investor Sentiment Survey were also overwhelmingly positive.

John Worth: This is one of these cases where the month of April needs to be categorized in terms of what happened in the first 28 days of the month and then what happened on the 29th. Total returns on industrial REITs fell more than 7 percent on April 29 after sitting at up almost plus 5 percent through the first four weeks of the month. So they were having a good month, but really were derailed by Amazon’s earnings and some statements on them being overbuilt in their industrial portfolio. But what we are seeing more broadly is that industrial rent growth continues to be very strong. CoStar reports up industrial REITs up over 10 percent year-over-year. There is continued demand for industrial space even though we are seeing a tremendous amount of new supply come online. Net absorption continues to outstrip new supply in every quarter.

WMRE: So it seems a lot of what’s happening really stems from the macro concerns rather than from specific issues within real estate.

John Worth: So much of what is going on in the market are concerns about interest rates, inflation and what Fed policy is going to mean for economic growth. Our quarterly T-Tracker comes live [later this week] and the preliminary results show that REIT fundamentals were quite strong in the first quarter. FFO looks like it is going to be at its highest level ever. Total FFO is tracking to be $18 billion—up over 30 percent from a year ago and 10 percent from the pre-pandemic high. Operational performance of REITs continues to be very strong, underscoring the strong underlying fundamentals.

And as we move into a higher interest rate environment, it is important to keep in mind that REITs have done a lot over the last decade-plus to make themselves more resilient and we are seeing that pay off. They lowered their leverage over time. Debt-to-total-assets on book and market bases continue to be at all-time lows. And overall interest rate expense for REITs is at its lowest point ever. Additionally, REITs have been able to term out their debt. Today, the estimated weighted average term of maturity of REIT debt is near 90 months.

All of this means REITs can be strategic about when they issue new debt. In April there was very little debt issuance. And year-to-date debt issuance is quite a bit lower than the first four months or 2021. The strength of balance sheet is allowing them to exercise some discretion.