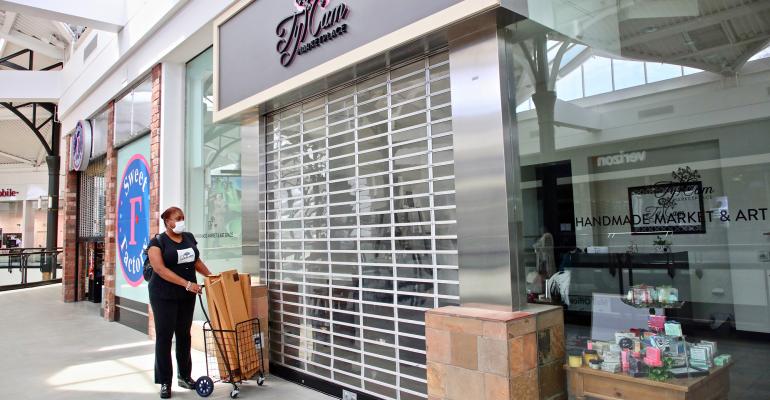 The investment bank will advise the REIT on options for a $1.5 billion revolving credit facility that comes due in July.

(Bloomberg)—Mall owner Macerich Co. tapped PJT Partners Inc. for help managing its debt load as pandemic-related closures and retailer bankruptcies crimp its cash flows, according to people with knowledge of the matter.

PJT, an investment bank with specialties including debt restructuring, will advise the real estate investment trust on options for a $1.5 billion revolving credit facility that comes due in July, said the people, who asked not to be named discussing private negotiations.

Representatives for Santa Monica, California-based Macerich and PJT didn’t provide comment. The REIT’s shares fell more than 5% to as low as $12.66 after Bloomberg reported the hire. The stock closed at $13.15.

Macerich is grappling with some of the same liquidity problems hitting mall owners across the U.S. During government-mandated closures last year, many tenants withheld rent, creating a $52 billion revenue hole for retail-related property owners as of November, according to CoStar Group Inc.

The stock briefly caught the attention of online day traders, who sent shares surging to more than $22 last month in a bid to squeeze short sellers.

One Reddit user touted Macerich as “GameStop’s landlord,” saying it has “the potential to offer a GME-like short squeeze, but with better downside protection.”

As more retailers succumb to bankruptcy, it’s becoming increasingly difficult for landlords to fill their spaces at sustainable rents.

Macerich recently extended the maturities on three of its mall loans, pushing out more than $300 million of debt until at least 2022, according to company filings.

The company’s fourth-quarter results slipped amid rent deferrals and lower mall occupancy, according to its latest earnings statement. Occupancy stood at around 90% at year-end, down from 94% a year earlier and the lowest since the financial crisis, Chief Executive Officer Thomas O’Hern said on a Feb. 11 call to discuss the results.

O’Hern said the pandemic had accelerated the bankruptcies of troubled retailers in 2020 and that he expects a gradual recovery for mall owners as consumers return to shopping in stores. After the last financial crisis, it took the company two years to return to full occupancy, he said.

Macerich was named as an unsecured creditor in the bankruptcy filing of Solstice Marketing Concepts LLC, the sunglasses retailer. Solstice sought Chapter 11 protection last week with plans to “rationalize” its leases and debt load.

The company is uniquely positioned among mall owners thanks to its concentration in desirable markets in California, Arizona, New York and Washington, D.C., BTIG research analyst Jim Sullivan wrote in a note this month. Macerich owns 50 million square feet of real estate, most of which is in 47 regional shopping centers, according to filings.