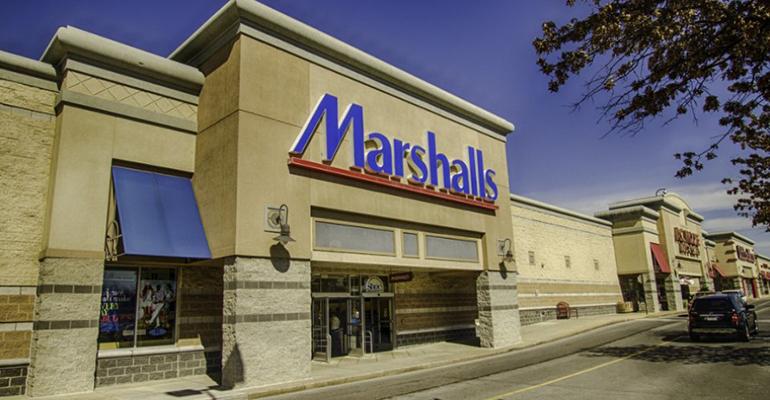 How Much Interest Would Washington REIT’s Portfolio Get if It Comes on the Market?

Potential sale would come at a time when physical retail is struggling and retail REITs have taken a hit.

Washington Real Estate Investment Trust might be trying to streamline its holdings at a time when diversified REITs are being viewed with skepticism.

The Washington, D.C.-based REIT is looking to sell its 16-property retail portfolio, Bloomberg reported recently. The 2.33-million-sq.-ft. portfolio, which consists of grocery-anchored community and neighborhood centers and regional power centers, is concentrated in the Washington, D.C., metro area.

The REIT is working with an adviser that has reached out to potential buyers, according to Bloomberg, which reports the properties could bring in about $800 million.

“I don’t think it’s too surprising they’re looking to sell off the retail portfolio,” says Danny Ismail, an analyst at Green Street Advisors, a Newport Beach, Calif.-based research firm. Ismail leads Green Street’s office REIT coverage, which includes Washington REIT. “I would argue, in general, diversified REITs have, in our opinion, a bit of a tougher time selling their story to the public markets. It would be an easier story for them to sell if they were simply an office and apartment REIT in the Washington, D.C. region.”

Washington REIT, which has a market value of $2.4 billion, also owns multifamily and office properties. Both of these sectors have posted faster net income growth than its retail properties.

The potential sale of the shopping centers would come at a time when Amazon and other e-commerce players are taking a big bite out of retail centers’ bottom lines. Washington REIT  lowered its same-store retail NOI growth expectations  as part of its guidance in its second-quarter 2018 earnings, primarily due to “some lease commencement delays.”

While Moody’s Investors Service analysts declined to comment on the potential sale, their rating for Washington REIT is Baa2/stable outlook.

Retail REITs have had a rough couple of years

“I’ve spoken to a number of REITs this year. Most of them naturally have been hit by an overall negativity towards retail in general out in the marketplace,” says Scott Holmes, national director of the national retail group at real estate services firm Marcus & Millichap. “That has taken their stocks down relatively significantly in the last 12 to 18 months. Some of them are recovering. Others are still languishing a little bit. Because of that, they’re selling properties that they consider non-core to their strategy as a way to raise funds to either pay down debt, or in some cases, buy back their own shares of stock because they view them as trading at a discount right now. Things of that nature are occurring.”

Holmes says most of this product for sale is decent, but small to mid-size, in the $10 million to $30 million price range.

“That’s the majority of what we’re seeing sell,” he notes. As a result, most of the product is going to private investors, 1031 buyers and family office money rather than institutional investors.

Washington REIT’s CEO Paul McDermott said during the second-quarter results earnings call that the company retained 100 percent of its expiring retail square footage and renewed close to 250,000 sq. ft. of retail leases in the first half of the year.

“Nearly all of our retail renewals this quarter have been driven by the tenants exercising early renewal options, a trend that exemplifies the resiliency of retail in the D.C. metro region and our proactive approach to tenant retention,” McDermott said.

Company officials say their portfolio is diverse with grocers, restaurants, gyms and off-price retailers. They’ve said in investor presentations that about 70 percent of the company’s retail tenant base is “e-commerce resistant.”

Eighty percent of the REIT’s retail NOI comes from community and neighborhood shopping centers, of which 82 percent have a grocery anchor/shadow anchor.

“If they were able to sell [the retail] and retain the capital, I think the public markets would applaud the move, because it would be a simpler story, a more focused story, and they would be able to put the capital to work in some of their other strategies, which appear to have a little more room to run,” says Green Street’s Ismail.

Investors have “clearly stated” that they prefer to do their own diversification, adds Merrie Frankel, president of New York City-based Minerva Realty Consultants LLC, which provides REIT and ratings advisory services and litigation support.

“I was not surprised at all that they would be thinking of selling off the retail,” says Frankel, who previously covered Washington REIT as a Moody’s analyst before launching her own firm. “When I started covering them in November 1998, they had five different product types. They were one of the true diversified REITs… Years ago, they sold off their industrial portfolio and medical office buildings. They did very well with selling both of those off.”

Investors don’t really look to a REIT to do diversification for them, Frankel notes. “You don’t necessarily get a lot of benefit or value added from being a highly diversified REIT, as investors often say they like to do the diversification themselves,” she says.

The retail outlook is likely another reason behind the timing of Washington REIT’s potential sale.

“We all know what’s happening to retail now, although I’m still a big believer that retail is going to survive,” Frankel says. “Their same-store NOI is somewhat flat, and in fact, they revised their analysis for what their retail was going to produce going forward.”

Given that Washington REIT’s properties appear to have high occupancy, this may be an opportune time to sell, Frankel adds. “Also, it seems they don’t have a lot of leases turning over in the near term.”

Funds from the sale would likely be reinvested in either multifamily or office assets, according to Ismail.

He adds that value-add multifamily appears to be a “pretty decent asset class for them.”

Is capital still chasing retail; who could buy the portfolio?

Holmes points out, however, that there’s quite a bit of retail product for sale because a number of other REITs are selling centers. But, he notes, grocery-anchored centers remain hot.

“The one particular product type that’s still very much in demand and pricing relatively aggressively is the grocery-anchored neighborhood center where that grocer is performing very well,” Holmes says.

"It's in a good, high-traffic, middle- to high-income neighborhood. That still checks off the boxes for a lot of institutional buyers."

Looking at the list of Washington REIT’s centers, Clifford notes the company’s weakest tenant is a Kmart in Frederick, Md. “Who knows what will happen with that,” he says. “But in general, Costco is not going anywhere. Food Lion is not going anywhere. They’ve got some centers with Aldi, which is making a huge push... I’m looking at it from the 100,000-foot view. I would have to dig into it a lot deeper. But with the tenants that they’ve got—from what I can see—they definitely are a little more e-commerce resistant.”