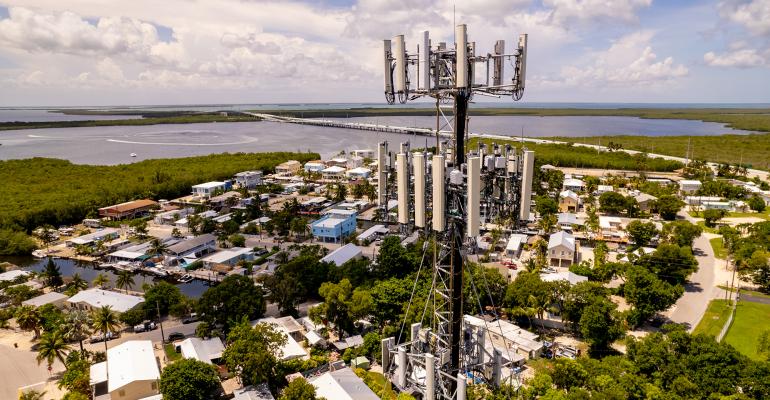 While the core commercial real estate sectors including industrial and multifamily have garnered the attention of many investors, smaller asset types, such as, cell phone towers have flown under the radar screen despite logging a solid track record in their own right. Fewer real estate investors play in this space, but sellers of cell phone towers and antenna arrays still have no shortage of buyers for these assets.

“They may just have five entities lining up to buy rather than 10,” says Jason Lund, leader of technology infrastructure for JLL, working in the firm’s office in Charlotte, N.C. “There is still a lot of investor money chasing too few assets.”

Related: How One Hedge Fund Manager is Navigating REIT Volatility

REITs focused on cell phone towers controlled nearly 75 percent of the wireless communication infrastructure in the U.S. in the third quarter of 2022, according to data from Hoya Capital. American Tower owned 35 percent, Crown Castle 30 percent and SBA 10 percent. Private investors and others owned just 22 percent of these assets.

“The telecommunications and technology ecosystems are still in a growth cycle,” says Lund. “Demand for cell phone towers and antenna arrays is as strong as it was a year ago from the buyer’s side—with so few assets available, perceived pricing is still relatively stable.”

As higher interest rates and growing investment yields spread through the world economy, fewer new investors feel the need to break into a complicated niche business to earn a little extra investment yield.

“The kind of investors that might leave the infrastructure markets are ones that have capital that was not raised specifically for investment in this type of product,” says Lund.

Enough committed investors still bid on the limited number of assets and portfolios available to buy to support high prices. Cap rates are still close to lows reached early in 2022, averaging around 5 percent according to dealmakers, though individual deals vary widely.

"We expect cap rates on towers to remain relatively well-insulated in the long-term due to asset scarcity,” says Spyratos. “We believe there will continue to be strong investor appetite for the long-term, stable and protected cashflows.”

Deals to buy these infrastructure assets tend to negotiated directly between buyers and sellers. “Large, third-party facilitators don't exist,” says Lund. “Without facilitation the market tends to be very opaque and difficult to enter.”

Some investors have negotiated longstanding relationships with both landowners and antenna operators. For example, CBRE Investment Management has created a partnership with CitySwitch, a developer and operator of built-to-suit cell phone towers, and CSX Transportation, Inc., a railroad company and a landowner with sites across the country.

Over the last four years, CitySwitch has built and leased over 200 new cell phone towers and is actively developing a pipeline of another 300—including many along the CSX right of ways. These projects provide consistent opportunities to invest for CBRE Investment Management, a global real assets investment management firm with $146.9 billion in assets under management as of June 30, 2022.

“The challenge for investors now is to find the right team with a strong track record, an established operating portfolio and an attractive pipeline to execute over time and grow to scale,” says CBRE’s Spyratos.