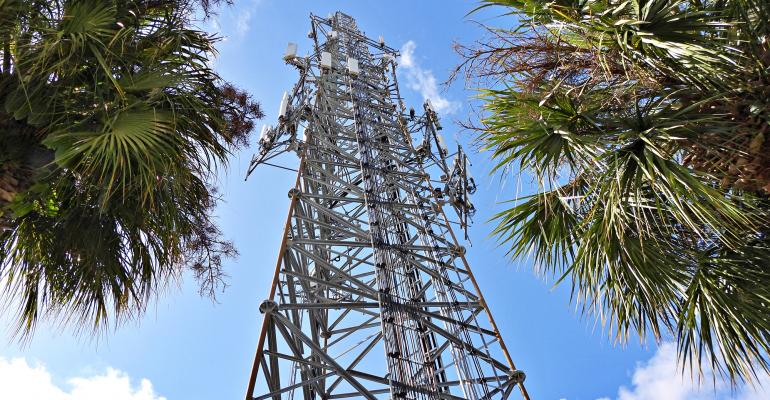 Investors like private equity funds and publicly-traded REITs are building up big portfolios of cell phone towers and rooftop antenna.

“This is the most robust market that I have ever seen,” say Jason Lund, leader of technology infrastructure in the U.S. for JLL, working in the firm’s offices in Charlotte, N.C. “There are more players out there trying to do this than ever.”

Investors around the world have been starved for yield as interest rates stay low. The steady income from a portfolio of lease contracts to cell phone towers and rooftop antenna can be very attractive. Prices for these contracts have been rising and investor yields shrinking as investors bid high.

“In the two to three years, cap rates have come down any where from 100 to 200 basis points, depending on the market,” says Lund. Average cap rates are now around 5 percent, he says.

Large, recent deals include Diamond Communications’ $1.6 billion purchase in May 2021 of 2,300 cell phone towers from Melody Capital Management—one of the largest deals ever completed in the space.

“Investor interest in cell towers has expanded in recent years and has led to significant increases in acquisition,” says Spyratos. For example, Colony Capital, a private equity fund based in Los Angeles, once focused on real estate but it has recently has transformed itself into an infrastructure fund.

While the majority of tower assets in the U.S. are held by publicly traded tower companies, private portfolios continue to trade hands, says Spyratos. The strategies of these investors range from small build-to-suit providers all the way to mature portfolios with higher tenancy rates.

It’s also becoming easier to buy and sell these assets, as more lenders are willing to make loans against cell phone towers and rooftop assemblies. Most of these lenders are private equity debt funds like such as MacQuarie Infrastructure Fund—effectively an infrastructure debt fund.

“That’s the key to liquidity—if you are going to have a large market, you are going to have to have lending against those assets,” says JLL’s Lund. “Lenders are getting more aggressive and getting better at underwriting the assets. That means that interest rates will generally fall and have fallen in the last three to four years.”

“Carriers are expected to continue their deployment of macro towers (including lease-up) in the coming years as they look to enhance coverage and improve reliability for customers,” says CBRE’s Spyratos.

Also, new companies are joining the big three established cell phone networks Verizon, AT&T and T-Mobile. The satellite television company DISH, for example, is building out its own network—and a reliable network requires as many as 60,000 or 70,000 cell phone towers and rooftop antenna across the U.S., says Lund.

“New entrant DISH is expected to outpace other carriers in spending in the coming years as it rolls out its national network," says Spyratos.

Facebook Connectivity, Google Fi and the cable provider Cox have also begun to build out their own networks—signing contracts to broadcast and receive wireless signals from a growing number of cell phone towers and rooftops

These leading cell phone carriers sign long-term contracts—like the tenants of  of other commercial property types—to lease space on a tower or a few square feet of space on the building rooftops. After leases are signed, building owners can often sell the contracts and their income to investors.

Once a cell phone tower or a rooftop antenna has been leased to a major cell phone carrier, there is very little risk that anything will hurt the value of the long-term contract—even as cell phone technology changes.

The cellphone carrier is also unlikely to break a lease once it has signed.

"Churn in the industry is low and is usually the result of carrier consolidations, which have subsided as the competitive landscape in the U.S. has matured," says Spyratos. "We believe that investors can expect long-term, stable and escalating cash flows with a strong yield profile."