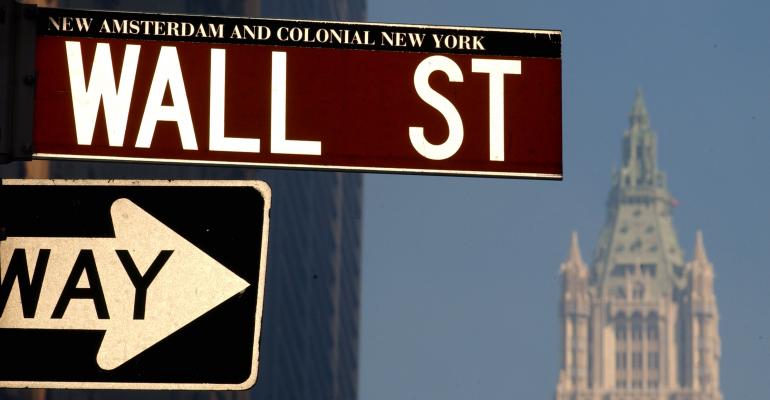 Have the post-financial crisis regulations caused more instability? Trump wants the FSOC to find out.

By Jesse Hamilton and Ben Bain

(Bloomberg) --After the 2008 financial crisis, the U.S. set up the Financial Stability Oversight Council to monitor Wall Street threats that could lead to another crash.

The super watchdog, made up of more than a dozen regulators and led by the Treasury secretary, flagged a number of dangers: A cyberattack that cripples markets. The failure of a giant bank. The surge in lending by lightly-monitored hedge funds and private-equity firms. Federal agencies responded by issuing new constraints on financial firms.

Now, under President Donald Trump and his Treasury secretary, Steven Mnuchin, FSOC is looking at what the administration has said is a very different kind of threat. The council is studying whether regulations themselves are causing financial instability, rather than preventing it, said three people with knowledge of the matter.

Wall Street has long argued that post-crisis rules have made markets more susceptible to shocks by drying up liquidity. A key contention is that it has become much harder to trade during periods of stress, because banks -- the biggest buyers and sellers -- have retrenched. Financial executives blame restrictions on lenders’ investing and requirements that they hold more capital against risky assets. The debate is increasingly coloring the work of FSOC, whose members include the leaders of the Federal Reserve, the Securities and Exchange Commission and the Commodity Futures Trading Commission. Agency officials aligned with Trump have pushed the council to examine whether the 2010 Dodd-Frank Act and the U.S.’s implementation of global standards are making markets more perilous, said two of the people, who asked not to be named because the discussions are private.

A working group within FSOC has been tasked with determining the impact of rules on liquidity. Last month, it began reviewing research -- some of which is paid for by the industry. Other factors, including a rise in automated electronic trading, will also be scrutinized, one of the people said.

The review is the latest sign that FSOC, a 15-agency panel created by Dodd-Frank, is becoming a platform for deregulation. While FSOC doesn’t adopt rules, it can have strong influence over policy. Mnuchin has already directed member regulators to study whether banks should be granted more leeway to comply with the Volcker Rule, a provision hated by Wall Street that restricts lenders from making speculative trades, people familiar with the matter said in May.

“Mnuchin is trying, whether formally or informally, to make it the place where the action is on deregulation,” said Ian Katz, an analyst at Capital Alpha Partners LLC in Washington who follows bank rules. “He sees it as a place where he can make his case to the regulators all at one time.”

Trump and Mnuchin are making headway reshaping FSOC, as agency heads appointed by Barack Obama continue to leave the government. In May, the SEC and the Office of the Comptroller of the Currency got new leaders, meaning at least half the council’s 10 voting members back the Trump administration’s desire to cut rules.

If the council’s liquidity working group determines that rules have increased market risk, the concern could be included in an annual list that lays out top threats to the financial system, one of the people said. Such a move would build the case for easing restrictions opposed by banks.

When financial firms complain about the impact of post-crisis rules, they frequently cite what transpired on Oct. 15, 2014. On that day, the yield of the benchmark 10-year Treasury note plunged and then shot back up within minutes. Yields had fluctuated that much only three previous times since 1998, and in each of those instances there was an obvious catalyst. This time there wasn’t.

In the ensuing months, JPMorgan Chase & Co. Chief Executive Officer Jamie Dimon said that the event should serve as a “warning shot” to investors. Blackstone Group LP CEO Stephen Schwarzman even argued that regulations had made markets so unsafe that they could trigger another financial crisis.

The complaints have persisted. After Trump signed an executive order in February that directed agencies to examine whether rules should be dialed back, his top economic adviser, former Goldman Sachs Group Inc. President Gary Cohn, said regulations had “taken an enormous amount of liquidity out of the markets.” Trump’s order required the Treasury to issue a report, which is expected to be released in the coming days.

Fed views on the effects of rules are mixed. A September 2016 research paper co-authored by Fed economists found the Volcker Rule may have tightened liquidity when bond trading is stressed, providing anti-regulation critics with ammunition. And New York Fed economists released a study last month that concluded “post-crisis regulation has had an adverse impact on bond-level liquidity.”

“Liquidity is adequate by most measures, in most markets, and most of the time,” Fischer said. “We have not observed declines in market liquidity in recent episodes of high-market volatility.”