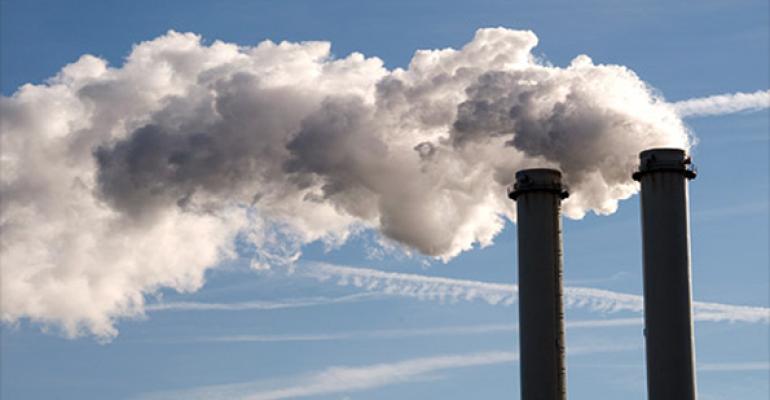 As the world awaits the final result of the US midterms, the finance industry is trying to figure out how vulnerable the outcome will leave it.

Wall Street is walking into a new era of risk that has bankers, lawyers and climate campaigners reaching for a different playbook.

As the world awaits the final result of the US midterms, the finance industry is trying to figure out how vulnerable the outcome will leave it. That’s as Republicans plan a new wave of antitrust action against firms perceived to be playing an active role in reducing greenhouse gas emissions.

Nigel Topping, who co-leads the United Nations-backed Race to Zero Campaign, called it the “political weaponization of the reality of climate change.”

“And that’s leading to some mad lawsuits,” he said in an interview in Sharm El-Sheikh, Egypt, during the COP27 climate summit. Unlike last year, the event drew hardly any Wall Street chief executives, with heavyweights including BlackRock Inc.’s Larry Fink opting to stay away.

Topping, who in 2020 was appointed as UK High Level Climate Action Champion and has played a key role in shaping the principles that guide the world’s biggest climate-finance coalition —  the Glasgow Financial Alliance for Net Zero — said antitrust concerns ultimately forced him and his colleagues at Race to Zero to remove language that would have compelled GFANZ members to phase out their financing of the fossil-fuel industry.

“We had to make one very tiny correction because we got some legal counsel that said that a particular choice of words was problematic from an antitrust point of view,” he said. “So we changed it with exactly the same scientific intent, but with language which very clearly doesn’t fall foul of that.”

After that revision, GFANZ members were free to follow their own path to net-zero emissions, rather than be subject to binding restrictions on the financing of oil, gas and coal. Mark Carney, the chief architect and co-chair of GFANZ, recently spelled out the challenges to UK lawmakers. (Michael Bloomberg, founder of Bloomberg News parent Bloomberg LP, is also co-chair of GFANZ.)

“There is an important difference” between setting common requirements and individual goals, he said Oct. 24 during a hearing of the UK’s Environmental Audit Committee. It “certainly raises important antitrust concerns,” which is why Race to Zero’s language “had to be adjusted,” he said.

Those adjustments helped keep JPMorgan Chase & Co., Morgan Stanley and Bank of America Corp. in the GFANZ sub-unit known as the Net Zero Banking Alliance, according to people familiar with the matter. “My full expectation is that all those alliances are still in the Race to Zero in a year’s time,” Topping said.

Similar subtle adjustments are being made elsewhere across the finance industry as bankers and asset managers try to avoid litigation. The new atmosphere means that even stray comments can suddenly be held against firms.

It’s “a fishing expedition just to try and flush out what some junior bankers said in an unguarded moment on an email which can become a story,” Topping said.

Lawyers are already warning clients to tone down their ESG language. In late September, the investment bank Jefferies Financial Group Inc. invited clients to a virtual event to discuss “how investors should respond to red states on ESG.” What they were told captured the new Zeitgeist.

Attendees were encouraged to tone down their ESG talk. They were also told that some of the most far-reaching bans on ESG in US states could be “enshrined at the national and the federal level,” depending on the outcome of the midterms. In late August, Florida Governor Ron DeSantis, seen as a likely presidential candidate for the 2024 race, banned state pension funds from taking ESG risks into account, and said more such steps would follow.

For fund managers, the mantra appears to have become “be careful what you say,” said Bob Smith, who runs Sage Advisory, an Austin, Texas-based firm that advises clients with combined assets exceeding $17 billion.

In a September survey by the firm of 23 exchange-traded fund managers overseeing a combined $37.5 trillion, “there was a distinct change in tone as compared to previous years’ responses,” according to Sage’s report. Fund managers that had once “waxed poetic” on their voting and engagement strategies “seemed almost restrained, with more guarded answers.”

US-domiciled ESG ETFs now appear to be drawing less money than their European equivalents, according to an analysis by Bloomberg. Sustainable European ETFs saw more than $4 billion of inflows in the past month, while US-listed ETFs saw outflows exceeding $2 billion.

Topping said “the real story” is that plenty of financial firms are still committing to reduce their emissions, even though few have managed to provide credible paths showing how they’ll live up to those promises.

Since the COP26 climate summit in Scotland last year, GFANZ has added about 100 members representing an extra $20 trillion and bringing the combined alliance to 550 members overseeing $150 trillion in total.

“We had none of that transparency and none of that rigor and none of that ambition in the public realm a year ago,” Topping said. “That is a massive mobilization of a wall of capital to do the job, which GFANZ set out to do when we launched to finance the transition to net zero.”

But it’s a tightrope act, with politics on one side and climate science on the other. And progress remains slow.

But too much is at stake to become absolutist. “Everything is so tightly connected that as soon as you unravel one bit, you risk unravelling every other thing,” he said.

--With assistance from Lisa Pham and Frances Schwartzkopff.