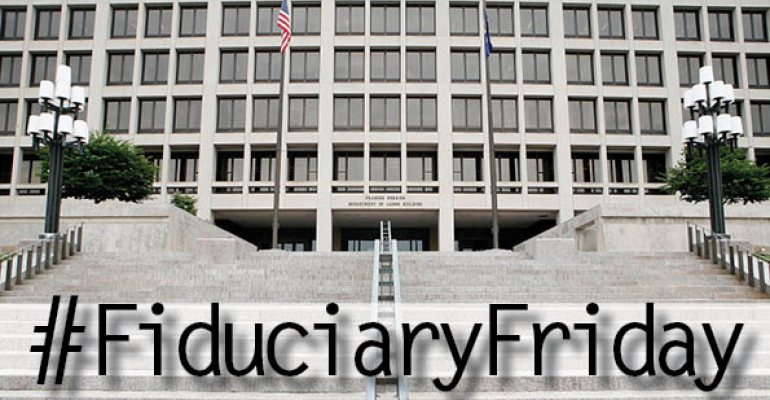 Two Voices, Two Visions: The Battle Over Fiduciary Within the SEC

As part of our #FiduciaryFriday series this month, we asked the Institute for the Fiduciary Standard&#39;s Knut Rostad to provide his thoughts on where the Securities and Exchange Commission&#39;s fiduciary efforts stand. Rostad finds there is a core division amongst the commissioners on this issue that is not so easily overcome.

The U.S. Security and Exchange Commission's Luis Aguilar has announced he will leave his post as a commissioner when his replacement is selected. Commissioner Daniel Gallagher will depart in early October, after almost four years of service. The Commissioners depart in the midst of recent statements of SEC Chair White on the status of fiduciary rulemaking at the SEC and the DOL proceeding with the Conflict of Interest Rule. Yet this focus on on fiduciary duties reveals sharply different visions. The commissioners’ departure is an appropriate time to review their views.

The Commissioners’ statements on fiduciary duty reflect fundamentally different views of the very meaning of advice, the responsibilities of advisers or brokers rendering advice, the nature of a fiduciary/client relationship, and the appropriate role of the Securities & Exchange Commission.

Commissioner Aguilar has spoken extensively on fiduciary duty’s importance to investors and the capital markets. Aguilar repeatedly sounds themes of how the fiduciary standard protects investors and why this matters.

Commissioner Gallagher has also been outspoken on fiduciary duty. The Commissioner provided a particularly detailed analysis of the origins of the Advisers Act of 1940 in an October 2012 speech, which underscores his rationale for opposing the Commission proceeding with a uniform standard. More recently, Gallagher has spoken out strongly against the DOL’s proposed conflicts of interest rule.

Gallagher questions the wisdom of a uniform fiduciary standard and he criticizes the DOL proposed Conflict of Interest Rule. Gallagher’s views reflect a conviction that the present regulatory scheme and enforcement mechanisms generally work well for investors, industry participants and the capital markets.

The commissioners do not just express different positions. They embody disparate visions. While Aguilar “unequivocally supports” fiduciary duty, Gallagher believes a fiduciary requirement would “actually harm retail investors.” While Aguilar notes how most investors are unaware their broker-dealer may not be a fiduciary, Gallagher stresses how “investors benefit from choice: choice of products, choice in advice providers.”

The commissioners’ disparate visions of advice regulation reflect far more than the normal differences of competing positions. They reflect a core division recently noted by former SEC Chairman Arthur Levitt, in an Investment Adviser Association presentation, “The commissioners at the SEC are so divided philosophically, on this (fiduciary duty) …that I believe they will be locked in conflict on this issue for a long, long time.”

Levitt hits a point that is often overlooked. The philosophical divide is wide, so wide that traditional norms of policy discussions are overlooked. A case in point is the role of research. Much government and academic research persuasively suggest that investor short-comings and brokerage conflicts harm investors and can be mitigated by fiduciary duties. This research is widely accepted – but not by fiduciary opponents who either ignore the research or just dismiss it out of hand.

Gallagher frequently suggests fiduciary advocates offer no justification for applying the fiduciary standard to brokers. Yet, when speaking of the White House memo justifying the DOL rule (in a February 15 statement), the Gallagher refuses to comment, saying “I am not going to be drawn into a debate about the studies the memo selectively cites.”

The statements by Aguilar and Gallagher deserve careful attention. While fiduciary advocates’ proposals are neither perfect nor without potential costs, they do reflect fiduciary conduct. They reflect the meaning of relationships of trust and confidence. They are tethered by history and law and reason and common sense. Unlike product sales – whether in funds or cars or home appliances – they presume, as in law and medicine, that financial advice deserves fiduciary status, that fiduciary advice is good for investors and conflicted advice is not.

Yet, in contrast, fiduciary opponents who advocate for the ‘caveat emptor’ principles implicit in their views labeled “choice”, cannot, in simple good faith, make these statements. None of them. This is the crux of the importance of the “philosophical divide” noted by Levitt; the crux of the disparate visions the commissioners’ statements represent.

Knut A. Rostad, MBA, AIF, is the co-founder and president of the Institute for the Fiduciary Standard, a non-profit formed in 2011 to advance the fiduciary standard through research, education and advocacy.