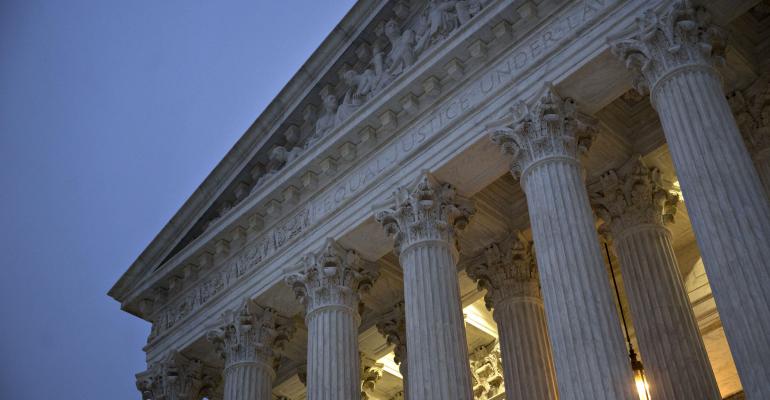 Court upholds sanctions against an investment banker that duped investors about a startup company’s financial condition.

The U.S. Supreme Court reinforced the Securities and Exchange Commission’s powers, upholding sanctions against an investment banker found to have duped investors about a startup company’s financial condition.

The justices, voting 6-2, said Francis V. Lorenzo, who worked at Charles Vista LLC, could be held liable for taking part in a scheme to defraud investors even if he didn’t write two deceptive emails at the center of the case.

The ruling, which upholds a federal appeals court, halts a trend of Supreme Court rulings that had trimmed the SEC’s authority. The decision also bolsters the rights of private investors, giving them more power to press lawsuits claiming deception.

"Congress intended to root out all manner of fraud in the securities industry," Justice Stephen Breyer wrote for the majority. "And it gave to the commission the tools to accomplish that job."

Justices Clarence Thomas and Neil Gorsuch dissented. Writing for the two, Thomas said that Lorenzo "might have assisted in a scheme, but he did not himself plan, scheme, design or strategize." Such a person still could be held liable for aiding and abetting, Thomas wrote.

Justice Brett Kavanaugh didn’t take part in the case because he had participated in it as an appeals court judge.

Lorenzo contended he couldn’t be held liable because he had merely forwarded deceptive emails written by his boss. The emails misrepresented the financial health of a client, Waste2Energy Holdings Inc., which was failing in its efforts to develop a way to generate electricity from solid waste. An in-house SEC judge said the emails were “staggering” in their falsity.

Lorenzo said the SEC was trying to circumvent a 2011 Supreme Court ruling that limited who could be held legally responsible for making false statements about securities.

But the high court majority said the commission could win its case based on a separate securities-fraud provision that outlaws a "device, scheme or artifice" to defraud investors.

The SEC judge fined Lorenzo $15,000 and barred him from the securities industry for life. A federal appeals court upheld the finding of scheme liability, though the panel ordered reconsideration of the penalties after throwing out claims that Lorenzo had made false statements.

The case is Lorenzo v. Securities and Exchange Commission, 17-1077.