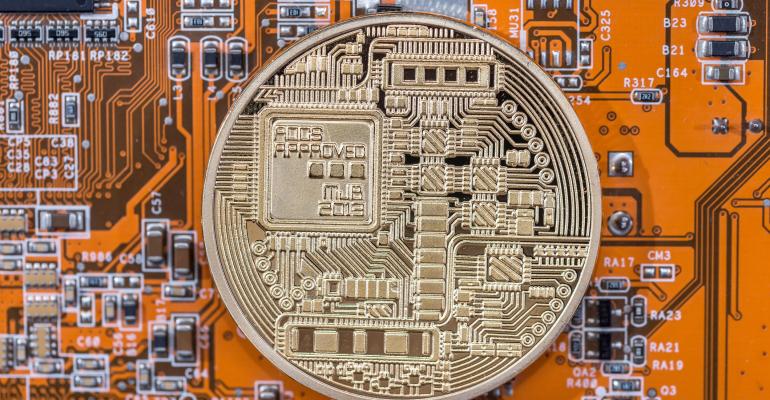 Basing a product on the spot price of Bitcoin could violate securities rules because the market is too prone to abuse, according to the commission.

The U.S. Securities and Exchange Commission rejected a proposal for an ETF that would directly hold Bitcoin, quashing hopes that a long-desired product would finally gain clearance after last month’s debut of the first funds linked to futures of the cryptocurrency.

In a widely expected move, the SEC denied VanEck approval for its Bitcoin exchange-traded fund to trade on Cboe Global Markets Inc., marking the first ruling on the subject since the initial Bitcoin futures ETFs launched. In a Friday order, the regulator reiterated its long-stated concern that basing a product on the spot price of Bitcoin could violate securities rules because the market is too prone to abuse.

“The Commission has consistently required that the listing exchange have a comprehensive surveillance-sharing agreement with a regulated market of significant size related to Bitcoin, or demonstrate that other means to prevent fraudulent and manipulative acts and practices are sufficient,” the SEC said. “The listing exchange has not met that requirement.”

Bitcoin extended losses after the rejection, but recouped some of them in mid-afternoon trading. It was down 1.5% to $64,086 as of 3:46 p.m. in New York. The largest cryptocurrency had rallied to an all-time high of $68,991 this week.

“We are obviously disappointed in today’s update from the SEC declining approval of our physical Bitcoin ETF,” said Jan van Eck, chief executive of his namesake firm. “We continue to believe that investors should have the ability to gain exposure to Bitcoin through a regulated investment product and that a non-futures ETF structure is the superior approach.”

Though many analysts have been predicting an Ether-futures ETF will be the next iteration to reach the market, the physically backed Bitcoin ETF remains the Holy Grail product. The first application was filed in 2013 by the Winklevoss twins, who are known for getting rich off of Facebook Inc.

October’s launch of two Bitcoin futures ETFs marked a major milestone for the industry. The first, the ProShares Bitcoin Strategy ETF, accumulated more than $1 billion in assets in just days, while the second, the Valkyrie’s Bitcoin Strategy ETF, saw a quieter but still-vigorous reception. Their premieres built a lot of excitement about Wall Street acceptance toward crypto and raised optimism the SEC might be more amenable toward a physically backed Bitcoin fund this time around.

“The futures ETF approval made people focus on these announcements a little more,” Stephane Ouellette, chief executive and co-founder of crypto platform FRNT Financial Inc., said on Bloomberg’s “QuickTake Stock” streaming program. “Prior to that approval, basically what had been happening is every three or four months, the SEC would push these crypto ETF applications down the road -- so I think they’re just getting into that again with the physical ETF.”

Hester Peirce, a Republican SEC commissioner, said at a Bloomberg conference earlier this month that the regulator has been public about why it’s rejected a spot product. She has been a vocal critic of the agency’s refusal to sign-off on a physically backed fund.

“The reason is that the Bitcoin markets don’t look like our regulated securities markets,” she said at the summit on Nov. 4. “The thing that regulators are most comfortable with is markets that look like our own.”