/sites/all/themes/penton_subtheme_wealthmanagement/images/logos/footer.png
Recent
Recent
Brokers Raise Billions for Green Land Deals IRS Calls Tax Scams
May 07, 2021
Rent Surges on Single-Family Homes With Landlords Testing Market
May 07, 2021
Is There a Fire Within Your Office Walls?
May 06, 2021
Nine Must Reads for the CRE Industry Today (May 7, 2021)
May 06, 2021
Featured
Poll: 15 Classic Books on Investing and the Markets
Apr 03, 2020
Fifteen Must-Listen Business Podcasts for Advisors
Aug 14, 2020
25 U.S. Markets Adding the Most Multifamily Units This Year
Feb 03, 2021
The Top Colleges for Financial Planning
Oct 03, 2019 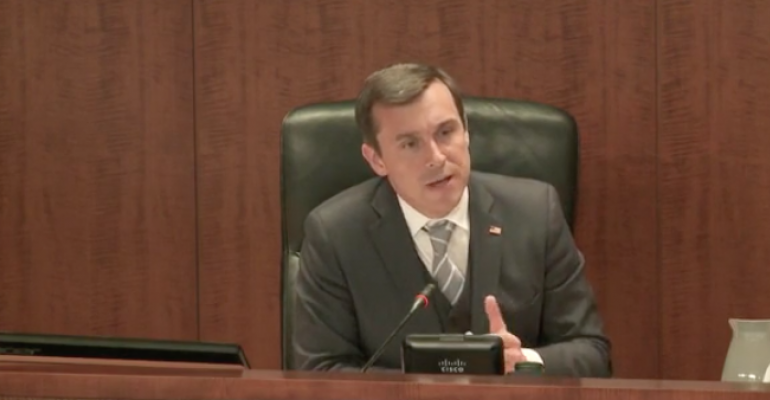 Only a small percentage of SEC-registered advisors use the language the agency approved Wednesday in describing their fiduciary duties, and those advisors are more likely to offer conflicted advice, according to a study by Commissioner Robert Jackson Jr.

On Wednesday, the Securities and Exchange Commission released its final rules on industry standards of conduct, including an interpretation of an investment advisor’s fiduciary duty under the Advisers Act. One major change the SEC made from the original proposal is that it removed language from the original proposal requiring investment advisors to “put clients’ interests first.” Yet, a study released this week by Commissioner Robert Jackson Jr. found that this is the very language that most advisors use when describing their fiduciary duties.

Jackson’s office combed through more than 500,000 Form ADV brochure filings of investment advisors for the first mention of “fiduciary.” Of those who mention their fiduciary duty, a majority of firms, representing 89% of assets under management, characterized it as putting investor interests first.

“Only a small sliver of the market uses the legalese in today's interpretation when describing the law to the investing public,” said Jackson, who cast the lone dissenting vote against the rules package. “So we know from the data that most investors are being told that their interests come first. But that raises an important concern: What if the language that advisers use to describe their conduct is not, in fact, indicative of the quality of advice investors actually receive?”

Other advisors described their fiduciary duty in a “subrogation” way, such as “the welfare of our clients is not subordinated to any interests of ours or any of our personnel,” the study says. Advisors who used that language were more likely to have conflicts of interest, while those who use the clients’ interests first language were less likely to offer conflicted advice.

The study measured conflicts using Form ADV Part I Item 8, which asks about advisors’ proprietary interest in client transactions and sales interest in client transactions. For example, if they recommend securities to advisory clients in which they or a related person have some other proprietary ownership, that would be considered conflicted advice.

“In an analysis released by my office today, we show that advisors who use the language in today's release are much more likely to offer conflicted advice,” Jackson said. “And a well-known study shows that conflicted advice is the kind that leads to fraud that can hurt investors. Although I called last year for us to ‘survey market participants, from the largest institutions to the smallest retail investors, about whether and how they understand their legal rights and responsibilities,’ none of these facts about what advisors tell investors are considered in today's release.”