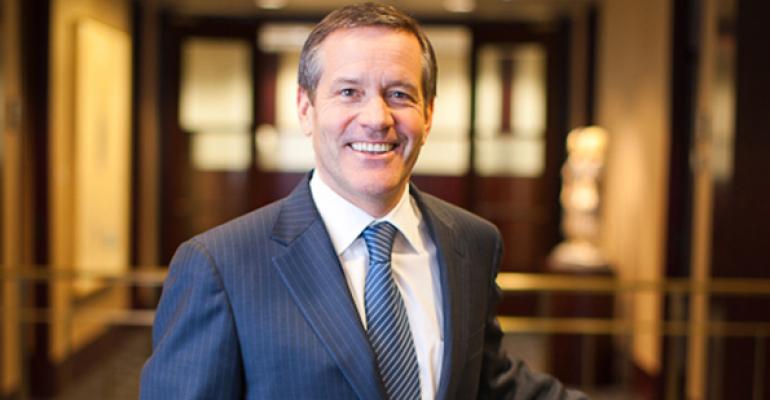 Regulatory Pendulum Gets a Huge Push From Wells Fargo

As a nuclear scientist and professor of physics at Yale, my father used to stand in front of his undergraduate classroom holding a skull-crushingly heavy metal ball attached by a cable to the ceiling of the lecture hall. He’d let it swing out over his students, then stand serenely as it came speeding, swinging back to, predictably, gently tap his forehead.

Each and every time. A lesson in the laws of physics as applied to pendulums.

Which may be why I see pendulums swinging in the world of financial regulation, from a dangerously deregulated environment prior to the financial crisis, to what is becoming equally dangerous overregulation. Dangerous, I say, because Wells Fargo’s fraudulent account scandal has just given the ball at the end of the pendulum a strong push towards excessive government micromanagement that could result in serious injury to our economy.

As the author of a book on stewardship in financial services, and as an advocate for ethical and responsible finance, I am not justifying the behavior recently uncovered at Wells. No one is.

But I am deeply concerned about the opportunity this scandal has given politicians and the pressure it will create for regulators to respond in ways that make it harder for financial institutions—particularly banks—to do what we all need them to do to promote economic growth.

“The bank blundered, and the politicians will make it pay,” read the headline in the Wall Street Journal. But that doesn’t justify turning banks into public utilities.

Whatever happened to the principle of proportionate response?

Our entire way of life in America depends on a functional relationship between Wall Street and Main Street. Banks, insurance companies, brokerage firms and asset managers all perform a fundamental and essential role: match people who have capital (investors) with people who need capital (corporations, governments, not-for-profits); manage the risks in between; and do so in such a way that everybody wins, our economy grows and standards of living improve over the long term.

What is so disappointing about the Wells blunder is that Wells Fargo was, until a couple of weeks ago, the poster child for what the bridge between Main Street and Wall Street can look like. They were the counterpoint, the “Yeah, but” to examples of all sizes and stripes of misbehavior in the financial sector.

Now they have given license to the likes of Senator Sherrod Brown (D-Ohio) to renew their calls for “more regulation, not less, to rein in Wall Street abuses.” And Senator Elizabeth Warren (D-Mass.) to turn up the amplitude on her jail-the-bankers megaphone, telling Wells Fargo CEO John Stumpf, “You should be criminally investigated by both the Department of Justice and the Securities and Exchange Commission.”

All this is happening at a time when the first tender signs were appearing out of the post-crisis regulatory tundra that the pendulum might be swinging back towards a more growth-friendly balance.

Recently, the U.S. House of Representatives Financial Services Committee approved a bill—largely optical at this point, since it still has to pass in the House and has no chance of passing the Senate or surviving a veto—to repeal large portions of Dodd Frank. The Global Financial Markets Association recently published a research paper suggesting regulators wait to assess the cumulative economic effects of over seven years of regulatory rulemaking before imposing further restrictions on financial institutions. And Bloomberg last month published an article headlined, “Maybe We Clamped Down Too Hard on Finance.”

As surely as my father’s pendulum, financial regulation will eventually return to reasonableness. The questions are: How long will it take? And how long can we afford to wait?

We are in the midst of one of the slowest if not longest, economic recoveries in our lifetimes with slow wage growth and stagnant, if not declining, standards of living. Low interest rates that punish savers and undermine the finances of pension plans, disappointing investment returns that make it difficult for foundations, colleges and hospitals to operate and deliver on their missions—these are all direct consequences of growth rates below historical norms caused, at least in part, by the regulatory shackles we have placed and continue to place on our financial system.

Unless and until we restore the bridge between Wall Street and Main Street, we won’t reach our full growth potential.

John G. Taft is the former chief executive of the Royal Bank of Canada’s wealth management unit and the former chairman of the Securities Industry and Financial Markets Association. He is currently chairman of DelaneyTaft, LLC.