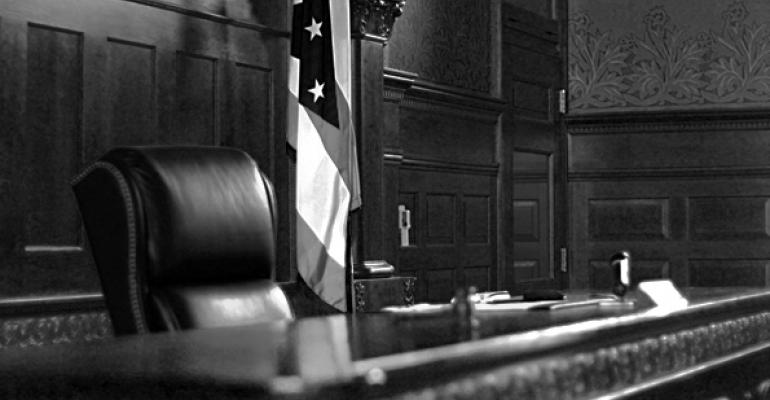 A federal appeals court judge asked a lot of questions of the Department of Labor, focused particularly on prohibited transaction exemptions that already exist under ERISA.

A federal court held a hearing Monday on the appeal of a lawsuit filed by industry groups against the Department of Labor related to its fiduciary rule. A judge pushed back on the DOL during the hearing, asking questions about the interrelationship between the rule and other prohibited transaction exemptions that already exist under the Employee Retirement Income Security Act. She also questioned the DOL’s authority over IRAs.

Erin Sweeney, a member in the employee-benefits policy practice at Miller & Chevalier, who attended the hearing, said Judge Edith Jones directed 90 percent of the questioning toward the DOL, while Chief Judge Carl E. Stewart and Judge Edith Brown Clement were relatively quiet. The case was argued in the Fifth Circuit Court of Appeals.

“Judge Jones kept wanting the Department of Labor to have included information about these other exemptions in the record itself,” Sweeney said. “She said, ‘I think you’ve already addressed the issue of whether or not sales are investment advice.’”

The judge was referring to sections 408(b)(14) and 408(b)(15) of ERISA, which allow advisors to sell securities without triggering a prohibited transaction.

“This is just a different way to comply,” Sweeney said. “You can make choices about how you want to provide investment advice and not run afoul of the prohibited transaction.”

When Jones asked about the exemptions, both parties said they hadn’t discussed it. Stewart asked both sides to file 10-page documents within 10 days addressing the issue.

“I just don’t think that the Department of Labor attorneys really understood the granularity related to these two other exemptions that are in the statute to be able to answer the judge’s questions sufficiently,” Sweeney added.

Jones also questioned the DOL on its authority to regulate IRA accounts. ERISA just covers employment plans, she noted. She asked the DOL how many PTEs and regulations it has issued related to IRAs, but the department representatives failed to provide those.

“That particular judge was very hostile to the Department of Labor on a number of fronts,” Sweeney said.

Earlier this year, the U.S. Chamber of Commerce and others appealed a district judge’s decision to side with the DOL. The U.S. Justice Department filed a court brief in early July, arguing that the fiduciary rule should be upheld, with the exception of allowing class-action lawsuits to be filed under the best-interest contract exemption.