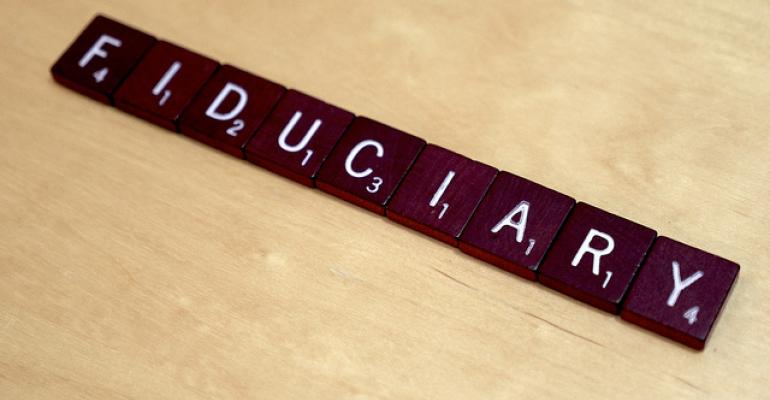 The Institute for the Fiduciary Standard on Wednesday released its final set of best practices for advisors, which focus on addressing conflicts of interests, increasing transparency and communicating clearly with investors.

The Institute's 12 best practices for advisors—which are business model neutral—outline behavior that both independent investment advisors and brokers should meet to serve the best interest of their clients and accurately call themselves true fiduciaries. The organization first proposed the standards in January, undergoing an approximately seven-month comment period.

The finalized best practices require advisors to adhere to a number of business standards, including acting in good faith, provide clients with a statement reflecting the total fees and expenses paid for advice, avoid conflicts and potential conflicts of interest and attempt to avoid transactional fees and commissions.

“Advisors must demonstrate our commitment to achieving excellence,” Knut Rostad, president of the Institute, said during a media briefing outlining the finalized best practices on Wednesday.

The best way to implement changes in advisor behavior is from within the industry, Rostad added. In that vein, he called out Merrill Lynch, saying the firm should adopt the Institute's standards to show both consumers and regulators that its advisors put clients’ interests first.

“We call on Merrill Lynch to help lead the industry, as it has done for generations, by embracing the best practices and adopting them as their own, including increased fee and expense transparency just as John Thiel has suggested,” Rostad said.

Rostad admitted that he has not approached either Merrill Lynch or John Thiel in regards to adopting the best practices but added that he hoped his challenge would make its way to the firm. Merrill Lynch declined to comment on Rostad’s remarks on Wednesday.

Going forward, the Institute is working with MarketCounsel to develop a self-assessment tool for advisors to the signing onto the best practices and hopes to also implement a verification process down the road as well.

In tandem with the self-assessment, the Institute also is developing an investor bill of rights. The organization aims to translate the advisor best practices into a few key ideas that investors can use when seeking financial advice.

“Until investors demand that level of accountability, demand objective advice and can tell the difference, you can’t expect the industry to take much interest in this,” says Brian Hamburger, CEO of MarketCounsel and general counsel for the best practices board.