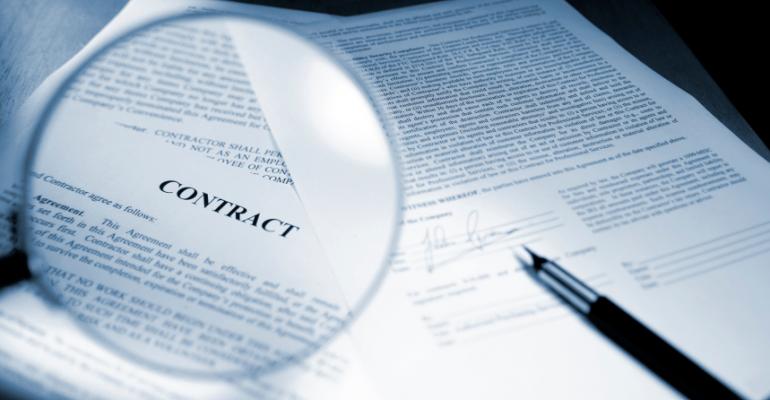 How Will Trump’s SEC Handle RIAs?

Since Jan. 20, the flurry of executive orders signed by President Trump has crystallized his stance on a multitude of issues, including Dodd-Frank and, to a certain extent, the fiduciary rule, but not much is known about how RIAs will fare under the new administration’s Securities and Exchange Commission (SEC), specifically in regards to the National Examination Program (NEP).

Trump’s pick for SEC Chair, Jay Clayton, a lawyer who has spent his career representing financial firms, has been silent about the advisory industry in general, and his confirmation by the Senate is likely to be delayed as the legislative body vets candidates for other positions.

In the meantime, there are a few areas compliance experts are watching closely, and some consensus exists about what changes might be coming for RIAs under the NEP.

For 2017, the lame duck SEC—still under the leadership of Chair Mary Jo White—added a few new areas of focus to the NEP, including robo-advice, money market funds and protecting senior investors. It also intends to continue addressing issues related to cybersecurity compliance, retirement investments, FINRA oversight and other market-wide risks.

“When you look at the SEC’s priorities letter, it’s sort of mom-and-apple-pie stuff,” said Todd Cipperman, principal founder of Cipperman Compliance Services. “These are not political topics.”

Of course, this year there is the proverbial Trump card. While it’s unlikely the new administration will get heavily involved in RIA exams, Bernstein said once Trump makes his opinion known on certain SEC-related issues, it could impact priorities.

Broken windows refers to the theory outlined by social scientists James Q. Wilson and George L. Kelling in the 1980s. It proposes that the enforcement against minor offenses, such as vandalism or toll-jumping, signals lawfulness and deters would-be-offenders from committing more heinous crimes. Municipal police organizations around the country adopted the theory as a crime-fighting strategy.

Chair White applied the same theory to the financial services industry. Previously, RIAs with minor SEC violations (without a victim) would receive a deficiency letter and be given the opportunity to comply before punitive measures were taken. But White, a former federal prosecutor, pushed to charge firms for small infractions without a warning notice.

“It moved much more quickly to something far more serious,” said Christopher F. Robertson, a partner at Seyfarth Shaw and former senior counsel with the SEC’s division of enforcement. Broken windows was an “extension of law through enforcement into gray areas” a bit beyond the SEC’s mandate. He said he expects under the new SEC chief “some deregulation through less enforcement.”

“Typically, when you see new administrations you see the SEC go back to its core mission,” he said. “Not that the SEC is as political as other organizations, but it’s still political."

Pulling back on minor violations gives the agency time to understand what a new administration’s focuses will be, and in the mean time clear-cut infractions, like accounting fraud and insider trading, take precedence.

Some think the "broken windows" strategy of enforcement is here to stay, even under Trump's appointee. “The Office of Compliance and the Enforcement division are joined at the hip,” said Cipperman. The drive for enforcement at the commission, for violations great and small, predates White. Cipperman says the commission was "caught flat-footed" and embarrassed when New York State attorney general Eliot Spitzer was prosecuting white-collar crimes, without the SEC's help, in the early 2000s. Since then, increased attention was given to enforcement. “That's engrained [and] unlikely for that to change,” he added.

One of the major complaints of the NEP is a lack of examiners. Each year, the Office of Compliance, Inspections and Examinations (OCIE), which runs the NEP, is able to examine 10 percent of the over 12,000 non-exempt advisors under the SEC’s purview.

“This level of coverage cannot be allowed to persist,” said White before Congress this past November.

In order to boost OCIE’s ability to examine RIAs, the SEC delegated some of its remaining broker/dealer examination authority to FINRA, which assesses about 50 percent of firms in that space. Those resources were then reallocated to the SEC’s RIA exam program.

Along with some new hires permitted by a Congressional budget increase, OCIE increased by approximately 20 percent from fiscal year 2015.

For at least the second time in the last 15 years, there have been talks—and debate—of a third-party group, or possibly even FINRA, shouldering some of the responsibility for the RIA exams. If Congress refuses to expand NEP funding, the thinking goes, a third-party effort would be the best way to expand the program.

“I don’t think there’s a lot of belief that FINRA knows advisors,” said Robertson. He thinks it’s unlikely to see FINRA take over any RIA examinations, but that another third-party examiner or examiners—in essence, the privatization of the NEP for RIAs—would be more likely, though funding for new regulatory initiatives is difficult to imagine under a Republican-controlled congress.

In the near-term, inertia might best describe the commission's direction. There are currently two commissioners out of a possible five confirmed, and one of the two, Kara M. Stein, is reaching her term limit this June. Trump’s chair pick still needs to be confirmed, and senior staff, including Marc Wyatt, head of OCIE, are leaving.

The SEC is reshuffling its deck and needs to find its place under a new administration. “A lot of things are going to be tabled for 2017," Bernstein said, “And that’s because of staffing.”