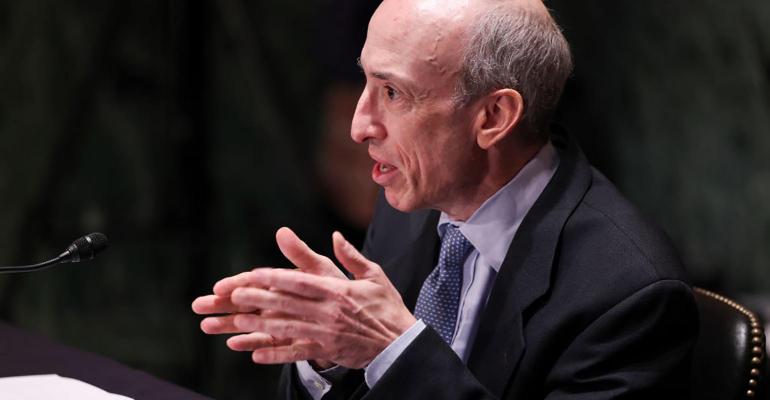 SEC Chair Gary Gensler told securities lawyers on Wednesday that his agency would continue to pursue violations wherever and however they occur.

(Bloomberg) -- The head of Wall Street’s main regulator has a stern warning for market players: the US Securities and Exchange Commission’s crackdown is just getting started.

SEC Chair Gary Gensler told securities lawyers on Wednesday that his agency would continue to pursue violations wherever and however they occur. In remarks for the Practising Law Institute’s 54th Annual Institute on Securities Regulation, Gensler ticked through enforcement actions the agency had brought during his tenure.

“Make no mistake: If a company or executive misstates or omits information material to securities investors, whether in an earnings call, on social media, or in a press release, we will pursue them for violating the securities laws,” he said.

His warning marks another shot across the bow for a financial services industry already on edge over sweeping regulatory changes Gensler is seeking. A chunk of the money that the SEC has recently claimed stems from a wave of settlements and record fines against banks for their employees using outside messaging services like WhatsApp to conduct business.

Gensler also reminded attorneys they are also under scrutiny for their role as so-called gatekeepers. “If your client is considering a course of action that takes them up to the line, keep them back from the line,” he said.