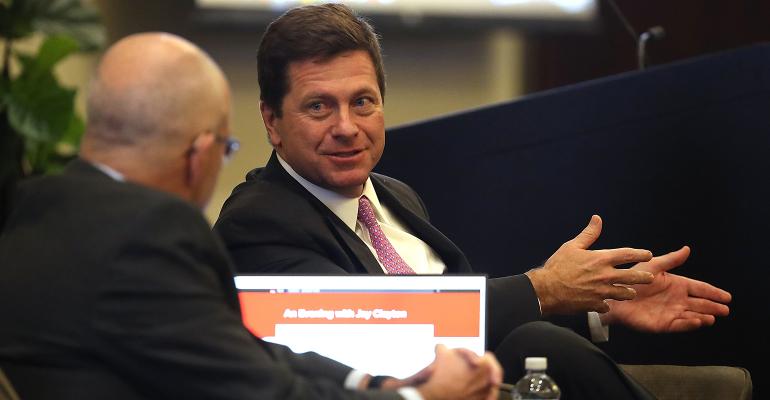 The Curious Case of the SEC’s Best Interest Standard

Why did the SEC choose the road less traveled?

Now the shoe is on the other foot. For years the brokerage industry raged against the DOL’s effort to impose some form of fiduciary standard on brokers who serve retirement accounts. This time around, the brokers are mum and it’s the pro-fiduciary forces who are dyspeptic over the SEC’s attempt to subject brokers to a higher standard of conduct.

The reason for this role reversal is the mysterious nature of the SEC’s best interest standard itself. It would require brokers, when recommending any securities transaction or investment strategy to a retail customer, to act in the best interest of that customer at the time of the recommendation without placing the financial or other interests of the broker ahead of the customer’s interests. On its surface, this seems straightforward, but what does it really mean?

First, not every interaction between a broker and a client is covered by the proposal. It does not apply to unsolicited brokerage business where a client calls the broker to initiate a trade, for example. Such interactions simply don’t involve any “recommendation” by the broker.

However, it does cover specific recommendations of securities transactions or investment strategies to retail customers. To most people, a recommendation is the same thing as advice. It’s unclear if this is the case in the proposal, since the term “recommendation” is not defined.

Once a recommendation is made by a broker, what standard of conduct is called for? Again, this is unclear since the term “best interest” is not defined in the proposal.

Does the best interest standard raise the standard of conduct for brokers? If so, by how much? Does it impose the equivalent of a fiduciary standard on brokers even though the term “fiduciary” is never used in the proposed regulation? If not, by how much does it fall short?

The answers to these questions seem to be in the eye of the beholder:

At least one thing is clear. The best interest standard has generated plenty of confusion among people who are very knowledgeable about our industry. Can you imagine how confusing it will be for mom and pop investors? This is ironic since one of its stated purposes is to eliminate the confusion created by the current two-tiered regulatory framework that imposes a suitability standard on brokers and a fiduciary standard on registered investment advisors.

This raises an obvious question: Why didn’t the SEC simply make the already existing fiduciary standard that is applicable to RIAs under the Investment Advisers Act of 1940 applicable to brokers who provide advice or make recommendations to their clients? Why did the take us down this new, unexplored road rather than sticking to the tried and true? Having one standard certainly would have accomplished its goal of eliminating confusion, since there would be nothing to be confused about. The standards would be the same.

Applying the fiduciary standard to brokers who give advice would accomplish another of the SEC’s goals. Clayton explained: “Retail investors expect high-quality advice where their investment professional is not placing their interest ahead of the investor’s interest.” He continued, “I want to make sure they are getting the protections they expect.” What better way than to impose the fiduciary standard that already has achieved that goal for decades?

Clayton has attempted to answer this question in two ways. First, he has tried to create the impression that there’s really no difference between the fiduciary standard and the best interest standard. “The core duty is the same,” he said. “There are people who try to say there is daylight between the two. But not the way we think about it.”

If there is truly no difference, or even if there are differences but imperceptible to the naked eye, why go to the trouble of creating an entirely new standard? Why not eliminate the confusion and use the perfectly good fiduciary standard that is already in place?

Clayton’s second argument is that we need two standards to reflect the differences in the RIA and broker business models. Clayton contrasts the “episodic” nature of interactions between brokers and their clients with the more “holistic,” ongoing nature of RIA interactions with their clients. He also points out that the broker business model is more commission-based and can involve practices such as principal trading and the sale of proprietary products.

This logic is hard to follow. Let’s accept, for the moment, that the two business models are different in the ways Clayton describes. Why should that impact the standard applicable to brokers and RIAs when they give advice to retail clients? The SEC is proposing to apply a best interest standard to brokers that Clayton says “is definitely a fiduciary principle.” Why not just use the already existing fiduciary standard?

Clayton’s answer makes no sense: “Fiduciary is a buzzword that can mean a lot of things in a lot of contexts … I thought calling them both fiduciary, and then defining them, would not make it clear the relationship model is different.”

There’s a much better way to send this message to investors and that is to tell them directly. Indeed, the SEC has already figured that out. It incorporated into its best interest standard proposal extensive disclosure requirements designed specifically to explain the differences between the two business models to investors. There’s no need to do it by inventing a new standard of conduct for brokers who provide advice to their clients.

When Congress passed the Advisers Act in 1940, it anticipated that some brokers would provide advice to their client that was more than “solely incidental” to their brokerage services. In those situations, Congress determined that the brokers providing such advice should be subject to the same standards as RIAs. They recognized that functionally equivalent behavior should be subject to the same regulatory standards. The SEC staff came to the same conclusion in 2011 when, pursuant to Dodd-Frank, it studied harmonization of RIA and broker regulations.

Rather than following this wise course, the SEC is taking us down a road less traveled. It’s not too late to turn back from this bumpy side road and get back onto the well-traveled fiduciary superhighway. Doing so would end the confusion and unfairness caused by a two-tiered regulatory framework and provide investors the protection they expect and deserve.

Scott MacKillop is CEO of First Ascent Asset Management, a Denver-based firm that provides investment management services to financial advisors and their clients. He is an ambassador for the Institute for the Fiduciary Standard and a 40-year veteran of the financial services industry. He can be reached at [email protected].