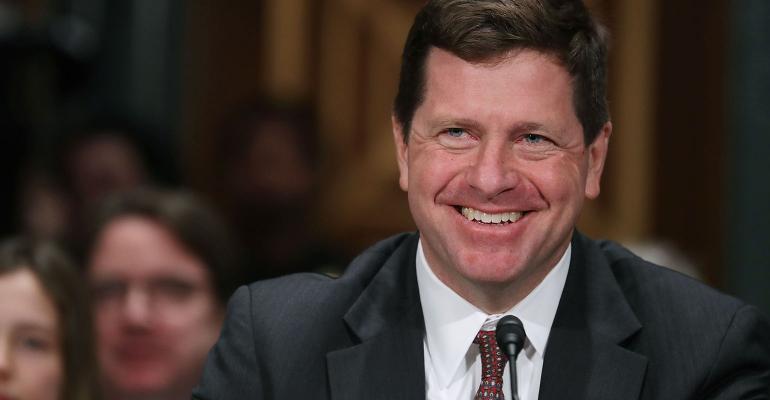 Research found that the regulation’s Customer Relationship Summary actually increased investor confusion over the differences between brokers and investment advisors.

Investor advocates, along with the Financial Planning Coalition, are calling on the Securities and Exchange Commission to delay the implementation of its Regulation Best Interest rule to revise and retest the Customer Relationship Summary form, a disclosure meant to alleviate client confusion about the differences between brokers and registered investment advisors.

AARP, Consumer Federation of America, the CFP Board, Financial Planning Association and National Association of Personal Financial Advisors hired Kleimann Communications Group to conduct usability testing of the form. They used a mockup form developed by the SEC, and conducted one-on-one interviews with 16 investors in St. Louis, Philadelphia and Calabasas, Calif., none of whom worked in the investment industry. Susan Kleimann, CEO and founder of Kleimann Communications, said the study was qualitative and that number of participants was healthy for that type of research. It cost the groups around $45,000.

The results, the groups say, were not good. In a letter to SEC Chairman Jay Clayton, the coalition said the disclosure may in fact increase investor confusion, with many participants not understanding the legal obligations of brokerage and advisory accounts and the distinctions between different payment models.

“Overall, participants had difficulty throughout the proposed CRS with sorting out the similarities and differences between the broker/dealer services and investment advisor services, and integrating this information across sections,” Kleimann said. “Ultimately, participants saw similarities between broker/dealers and investment advisors, not differences.”

Brian Hamburger, founder of the Hamburger Law Firm and MarketCounsel, was not surprised by the results.

“The last thing that people are calling for is more disclosure,” he said. “What investors are looking for are clearer distinctions among roles and utility.”

The SEC introduced its proposed Regulation Best Interest (Reg BI) in April and wrapped up its three-month public comment period on it in early August. The four-page-max length disclosure would be required to include certain standardized information, highlighting the key differences in the principal services offered, any legal standards that apply, fee structures and certain conflicts of interest.

“Rather they saw the parallel between the specific obligations of the broker/dealers and the fiduciary standard for investment advisors,” Kleimann said.

Few could define “fiduciary standard” beyond being some sort of legal monitoring or regulation, and few knew what the specific obligations would be.

“Instead, they saw best interest as relating to themselves, not a regulatory standard,” she added. “They saw it as increasing the amount of money in their accounts or reflecting their personal goals.”

The testing also found most participants did understand the source of conflicts of interest as a financial relationship that firms could have with other firms. They knew that brokers or investment advisors might suggest these investments and that the professional or their firm could make more money as a result.

“Most seem to assume that the conflict would be resolved by both the brokers and the advisors on their own without the involvement of the investors.”

The groups are not suggesting that the CRS should be thrown out altogether; rather, they’re calling for changes to content, language and format of the form.

“The good news here is that the CRS could be fixed, if the SEC has the will to fix it,” said Barbara Roper, director of investor protection at CFA.

“The information is complex, and it’s unfamiliar,” Kleimann said. “Terms are not defined. Differences are not clearly emphasized.”