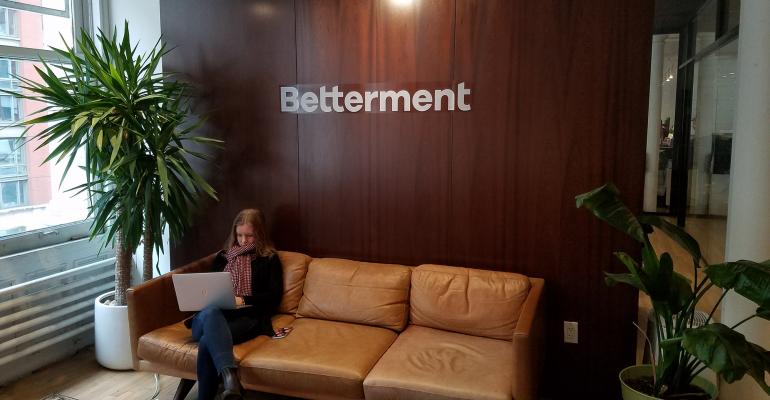 Betterment's Search for a CCO Continues

The top compliance role at the robo advisor has already seen three changes in 2020, but recruiters are still looking for the right person.

Betterment is actively looking for its fourth top compliance executive in less than a year and fifth in less than two years. As it continues to search for the right candidate, the automated advice platform, or so-called robo advisor, is turning to existing staff to fill the role, including its chief legal officer and a senior compliance manager.

The top compliance position became available following the departure of Kimberly Chehardy in February, after less than a year in the position. She was named to the role in May 2019, according to regulatory filings.

Benjamin Alden, the firm’s chief legal officer, stepped into the vacancy left by Chehardy’s departure, and by June—four months after Alden’s appointment—Khaley Sestak, a senior compliance manager and regulatory attorney, was listed as the firm’s CCO in regulatory filings.

“For an executive role at the company, we take the necessary time to conduct a search,” said Joe Ziemer, spokesperson for Betterment. “We’ve got a large amount of interest in the role.”

Meanwhile, compliance professionals are beginning to notice the amount of time it’s taken to find the right CCO.

Betterment "may be having a tough time recruiting a qualified candidate or there could be other issues; it is hard to know," said Hope Newsome, co-founder and managing partner at Virtus LLP, a provider of legal and compliance counsel based in Winter Park, Fla. "But certainly, with every change, FINRA is asking for a 'why' and they should know and expect this."

The rate of turnover at Betterment's top compliance position would be "unusual" if Alden or Sestak had been named as permanent CCOs and then left, said Newsome. But the moves make more sense with the two serving in an interim capacity, she added.

The listing for a new chief compliance officer is tucked among a bevy of engineering and operations openings listed on Betterment’s website. With the firm pushing hard into cash management services, recruiters at the firm have indicated they want someone with “experience with banking regulations.”

The new CCO will be expected to advise the company as it launches new products and partners with banks, according to the listing. The firm is looking for someone with a “minimum of 8 years’ experience as a compliance professional at a SEC-registered investment adviser, broker-dealer, or regulator (diversity of experience strongly preferred).” The executive will lead a team of six compliance-focused employees spread across both the investment advisor and broker/dealer entities.

Those particular qualifications could be a reason for the months-long search. It appears Betterment wants "a specific pedigree to fill the role on a truly permanent basis, which isn't a bad thing,” said Hanh Nguyen, co-founder and CEO of Complect, an online platform that connects compliance specialists with firms in need of compliance services.

Alden’s initial ascendance into the CCO role made sense, with his background and seniority, she said. The move to name Sestak to the role after four months was probably a result of Alden needing to return to his legal responsibilities and Sestak “step[ping] up to the plate.”

“It’s safe to say that [Sestak] was likely going to be the more ‘permanent’ temporary CCO. She would have been doing most of the grunt work even when the CLO held the title,” Nguyen explained.

The CCO role at Betterment reports to the top legal role, said Ziemer.

"For a firm of Betterment’s size and [with venture capital] funding, they would want to divide the legal from compliance hat as soon as practicable (i.e., as soon as they can afford to pay for it). Both often go hand in hand, but are still distinct and have distinct skill sets," said Nguyen.

The firm has continued launching new features, even while hunting for a permanent CCO. In August it launched “Advised 401(k)s” and earlier this year it added features to its cash management service.

But the uncertainty in Betterment’s compliance department is starting to stand out. "It's interesting that they are still actively looking,” concluded Nguyen. “It’s a facts and circumstances determination on whether the high turnover is a sign of ‘something rotten in the state of Denmark.’”

Betterment is addressing the criticism. “While it might seem unusual to others in the compliance industry that this search would take more than a month, we are not only one of the largest RIAs in the country, but it is an incredibly complex role when considering we have multiple lines of business (retail, advisors and 401(k)s) and also a custodian,” said Ziemer. “This is certainly a role we will take our time to find the right candidate.”