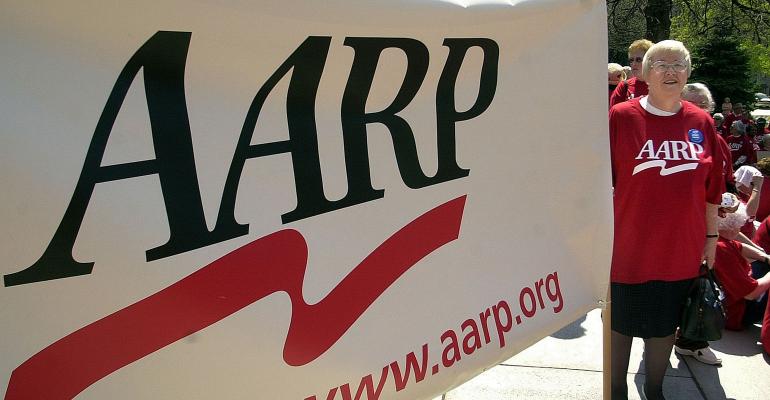 The consumer group, along with the attorneys general of California, Oregon and New York, are seeking a rehearing by the Fifth Circuit, which vacated the DOL fiduciary rule.

The AARP and State Attorneys General of California, Oregon and New York filed separate motions to intervene in the U.S. Court of Appeals for the Fifth Circuit on Thursday morning, in the latest move to keep the Department of Labor’s fiduciary rule alive. While the two have different interests, both are seeking a rehearing en banc, meaning the case would be heard by all the judges of the court, not just the three that ruled last month.

“We’re pleased that others have recognized the importance of this issue and this case,” said David Certner, legislative counsel and legislative policy director for government affairs at AARP. “And quite frankly we’re hopeful that because you have significant voices speaking up, this will get the court to take a relook at this case.”

Read the States' and AARP's Motions to Intervene

“We cannot go back to the days when retirement advisors could put their own financial gain ahead of the best interests of their clients who sacrificed to save for retirement,” California Attorney General Xavier Becerra said in a statement. “We are ready to defend the Fiduciary Rule in court.”

In a 2-to-1 decision, the Fifth Circuit struck down the DOL rule in mid-March, agreeing with the plaintiffs that the department overstepped its statutory boundaries in creating the rule, a major victory for the brokerage industry. But that may not be the end of it.

The DOL has until April 30 to appeal the court’s decision; Mary Ellen Signorille, AARP senior staff attorney, said there’s been no indication that the department will do so.

According to court documents filed by the states, Michael Shih, a Justice Department attorney, said in an email, “The government takes no position as to intervention.”

Duane Thompson, senior policy analyst at fi360, believes the odds are slim the Court will grant a rehearing.

“This rule is like a cat with no demise,” he said. “I think this rule has gone through eight lives, and it’s questionable whether it maybe used them all up. I think it’s a longshot. From what I understand, when a third party tries to intervene in an administrative challenge like this, to get standing, to carry on the defense of the rule in this case, it’s very difficult. So this is kind of the last gasp by supporters of the original rule.”

If the Court doesn’t grant either request for a rehearing, it could decide to rehear the case on its own, Signorille said. Then, either the parties go back and argue it, or the Court appoints someone to argue the case.

In its filing, AARP argues, “the (Fifth Circuit) decision creates an irreconcilable intra-circuit split (within the Circuit itself) and conflicts with Supreme Court precedent.”

Meanwhile, the states argue that California and New York will lose more than $52 million in tax revenue from retirement investment income over the next 10 years if the rule is vacated.

The Securities and Exchange Commission recently voted to propose a rule package that would put in place a best interest standard for broker/dealers and advisors.

“What we need to delve into a little more clearly is how they’re defining a best interest standard, whether they’re defining it in a strong enough way that it really satisfies what we think is the important fiduciary standard at stake here,” Certner said.