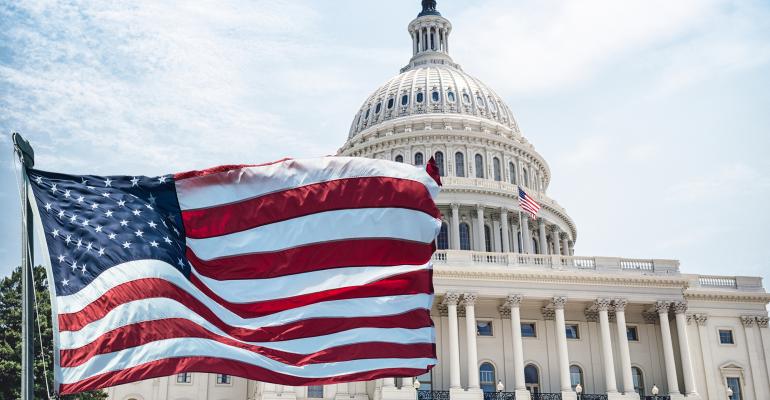 What CREFC Wants to See with the Change of Leadership in D.C.

The organization believes a new infrastructure bill, the fate of the GSEs and a version of TRIA for pandemics should be on Congress’ agenda.

As we enter a new year unlike any other in recent memory and welcome in a new Presidential administration and a new Democratic majority in the Senate, commercial real estate organizations like the Commercial Real Estate Finance Council (CREFC) have a host of issues they’d like to see addressed.

The COVID-19 pandemic and the resulting business interruptions across virtually every sector of commercial real estate have taken a heavy toll on both property owners and tenants. One of the most important measures to mitigate the damage quickly would be a fast and effective vaccine rollout, according to Justin Ailes, managing director of government relations with CREFC. But the organization would also like to see a more extensive stimulus package for ordinary Americans, an infrastructure bill that has a chance of actually being brough to life, federal legalization of cannabis and, of course, measures ensuring the long-term availability of much-needed affordable housing.

In a Q&A with WMRE, Ailes spoke about CREFC’s agenda as the country awaits a new administration.

WMRE: Given where we are today with the stimulus package, vaccine rollouts and the general political landscape, what is CREFC’s outlook for the coming year? 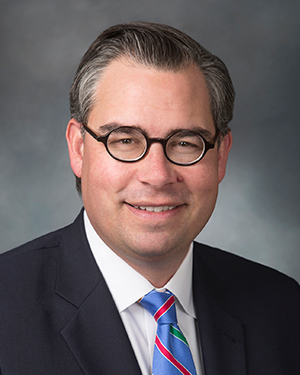 Justin Ailes: Now that we know that Democrats will hold the Senate, it seems likely that there will be additional stimulus coming soon, and that’s a good thing. It seems it might include what will be almost a “catch-up” payment of $1,400 to many Americans, in addition to the $600 that was already approved. State and local relief would be a good thing as well, because state and local governments receive many of their funds from property taxes, and that certainly affects commercial real estate. But there could be headwinds as well. There’s a possibility that eviction moratoriums are going to be extended, and that will affect first and foremost multifamily and single-family rental owners. Senator Sherrod Brown, who will chair the Committee on Banking, Housing and Urban Affairs, has said his first focus is keeping people in their homes. So, we’ll have to see how the consensus [on that] is.

We are obviously very pro-vaccines. We want to see people vaccinated as quickly as possible.

In terms of the political context, you saw our statement after the extraordinary historic insurrection attempt [last] week. For the free markets and the economy to work, we need political stability. But even though that political stability has been strained this week, we are stable, we are democratic and able to withstand these wild challenges that we never thought we would see.

WMRE: Overall, what do you feel will be the commercial real estate industry’s biggest challenges in 2021?

Justin Ailes: It think it’s going to be to make sure that borrowers continue to be able to pay their mortgages. From the political perspective, I think we expect more headwinds in terms of tax policy. Changes that President Biden has indicated he wants to make to tax policy will impact our industry. With Democratic control of the Senate, taxes will be on the agenda.

WMRE: What do you feel are currently the most important legislative issues for the U.S. commercial real estate industry?

Justin Ailes: We are excited about not only the prospect of additional COVID-19 relief, but the potential for an infrastructure bill, we are interested in housing affordability, I think there is an opportunity for Congress to [create] opportunity around cannabis legalization, which will affect retail, as well as industrial properties. And we want to see how Congress will deal with the possibility of future pandemics. So, those are all really exciting opportunities we see this year.

WMRE: Can you talk a little more about what government action you would like to see around planning for future pandemics?

Justin Ailes: We are part of a group called the Business Continuity Coalition, a group of property owners and stakeholders who would be the holders of any type of insurance or pandemic risk coverage. We are looking for the creation of a broad program similar to the Terrorism Risk Insurance Act (TRIA) that would provide a government backstop that businesses in the future could tap to be compensated in the event that a future pandemic would impact business activity.

WMRE: How likely do you think that we could see something like that, given that terrorism attacks are usually one-time events and this pandemic has been going on for months?

WMRE: What are your thoughts on the actions taken by the Federal Reserve so far? What might be some further initiatives you’d like to see from the Fed?

Justin Ailes: I think the actions that the Fed took last year certainly helped, but it’s clear that the Main Street Lending Facility stalled far short of what it should have been for many middle-market businesses to survive. And some of the ideas that were pursued in terms of the Preferred Equity Facility are probably not going to move forward. The reason is that I think the industry has been more resilient than people expected when they were kicking around those ideas. The delinquencies have been ticking lower in recent months. So, the urgency that has been there earlier in the pandemic [is not there as much]. As the vaccine becomes more widely available, and people can go back to work and to shop and dine, and get back to normal activity, there will be less need for that. Let’s get the vaccine distributed, that’s the way to get back our economy right now. But in terms of the Fed, it’s really flexibility that is needed, so people can find reasonable workouts for each other and I think that’s going to continue in 2021.

WMRE: What are some of the main things CREFC’s lobbying efforts will focus on in the months ahead?

Justin Ailes: In addition to what we have already discussed, I think the biggest thing we would like to see is a path forward for how Freddie Mac and Fannie Mae will be organized in the future. How do we bring them out of conservatorship, so that the market can have certainty about their role in affordable housing creation? Let me say it this way—policies like eviction moratoriums hurt housing affordability and when we have mixed signals from the government, that’s not good for housing affordability. Those types of policies hurt our ability to [provide] affordable housing.

WMRE: Do you expect we will see any movement on getting Freddie and Fannie out of conservatorship soon?

Justin Ailes: I don’t think this is really high on the Biden Administration’s list of priorities and the ability for Democrats and Republicans to find a path forward on it is pretty low, but that doesn’t mean [they can avoid doing anything]. They need to do it.

WMRE: What do you think are the chances that we will finally see an infrastructure improvement bill this year after four years of being promised one with no results?

Justin Ailes: We are really going to be looking at things like Biden’s economic speech [this] week to see how high it is on the priority list. If Biden focuses the Congress on their first reconciliation bill on infrastructure, that’s really positive [as a sign] for an infrastructure bill to go forward this year. And I think an infrastructure bill would really complement economic recovery, that will help us move forward as well.