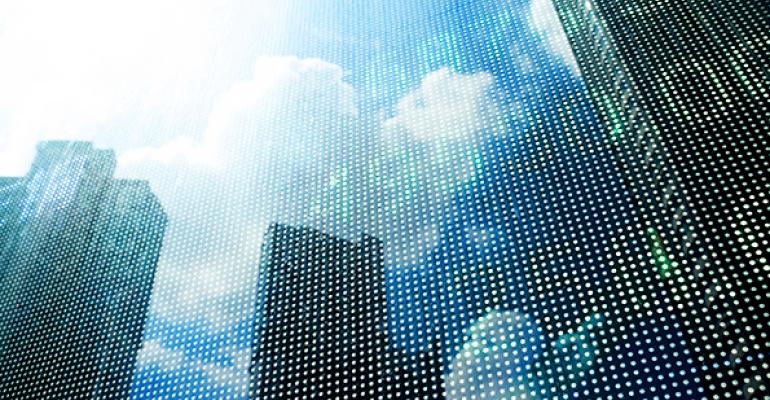 (Bloomberg) -- The first reboot of S&P 500 Index group weights in almost two decades has arrived, shaking up stock portfolios and conjuring an industry out of real estate investment trusts that will infuse at least one lightweight ETF with sudden riches.

With the push of a button, index overseers are breaking the stock market’s model of the financial industry in half, dividing REITs from banks and brokerages and giving them their own slot in the S&P 500. The biggest benchmarks will expand their tally of major industries to 11 from 10, reclassifying companies that have been among the bull market’s best performers.

While none of this changes the intrinsic value of any share of stock, the action matters for investors, particularly owners of exchange-traded funds tracking financial firms. Sponsors such as State Street Corp. plan a hodgepodge of machinations to accommodate the division, another example of how much indexes matter to money managers as the industry evolves.

“It’s just a testament to this particular asset class and the performance there, basically affirming the fact that many of our clients believe there’s a place for this type of real estate strategy in a well-diversified portfolio,” said Ryan Sullivan, vice president of global ETF fund services at Brown Brothers Harriman. The New York-based finance firm has supported more than 25 sponsors in launching ETFs since 2004.

As an industry, real estate is among the least in need of PR burnishing, at least with ETF clients. With about $68 billion in assets in funds tracking it, the group has more money invested in it than any of the other main industry classifications and has attracted the most cash since 2010, according to data compiled by Bloomberg.

“REITs as a group are already a big business with ETFs,” said Eric Balchunas, an analyst with Bloomberg Intelligence. “As a formality of moving it, I’m not sure how big of a deal it will be.”

REITs in the S&P 500 have rallied 360 percent since March 2009, buoyed by low interest rates that have weighed on banks and insurers. The return compares with a gain of 221 percent in the broader index. The group helped lift the financials industry that houses them to a rally of 294 percent, second among the 10 main S&P 500 sectors.

“As REITs have grown in importance from a corporate structure, their return streams have behaved very differently than the broader financials, which is really the reason why the index providers decided to make this change,” said David Mazza, head of State Street’s ETF and mutual fund research. “You’re going to have a new sector that is also very interest rate-sensitive, but in a different way than financials, really the opposite way, and now you’ll have the ability to play that in portfolios.”

The basics of reordering are a little geeky. Currently, the S&P 500, which serves as the benchmark gauge for American equity, is composed of 10 large industry groups, broad categories like energy, technology and utilities. Within those are 24 smaller collections that represent subsets of the bigger ones -- refiners within energy, for example, or software within tech.

Buried inside the financial section of the S&P 500 are 28 REITs, the subjects of the current rearrangement. With more than $580 billion in market value, those stocks are already bigger than the telecommunications and mining sectors, and will become their own top-level industry. As a result, any ETF sponsor that bases its offering on the S&P Dow Jones Indices and MSCI Inc. standards must take steps to align with the new makeup.

After Wednesday’s close, the overseers changed the Global Industry Classification Standard database designation of individual securities. The adjustment will show up starting Thursday for any index compiled by MSCI, while S&P Dow Jones indexes won’t reflect the changes until after the close of trading on Sept. 16, as part of a quarterly index rebalancing, an S&P spokesman said

State Street Corp. is one of several ETF sponsors that must react to the actions. It has two securities that will be affected -- the $16.2 billion Financial Select Sector SPDR, or XLF, which it created in December 1998, and the much smaller Real Estate Select Sector, or XLRE, started in October. On Sept. 16, the company will shift about $3 billion from XLF to XLRE to rebalance the funds, reducing XLF’s assets to $13 billion while raising XLRE from little more than $100 million, according to ETF.com.

The step will propel the 11-month old XLRE to the ranks of the five largest U.S. real estate ETFs by assets, next to products from Vanguard and BlackRock Inc. State Street itself has four others that track real estate.

“Certainly this is a means of growing XLRE,” Mazza said.

One thing the reshuffling isn’t spurring is the creation of a lot of new ETFs to reflect the classification. Many sponsors are waiting to see how investor preferences coalesce.

“Speed to market isn’t necessarily our game,” said Rich Powers, head of ETF product management at Vanguard Group, which has the largest real estate ETF, the $36 billion fund that trades under VNQ. “Theoretically, there could be an advantage to being the first mover, but we’ve seen time and time again in the ETF and fund industry that it’s not necessarily the first firm to move but rather the quality product that ends up winning the day.”

Still, Vanguard will be affected. Its $3.6 billion financial industry fund, which trades under VFH, will liquidate its REIT holdings to conform to the changes within its benchmark, the MSCI World Index, according to a spokesman.

At BlackRock, the world’s leading ETF provider that has nine funds available to U.S. investors that fall into the real-estate category, there’s been some internal weighing of the merits of launching a new one, said Ruth Weiss, head of the U.S. iShares product team.

“We look at this and think, ‘What are our clients looking for? What does this change mean for them in the way that they’re managing their portfolios and do we have the tools that meet them?,”’ she said.

BlackRock says its largest financial sectors ETF, which trades under IYF, won’t change. It “follows a benchmark that does not use the GICS classification scheme and will continue to include real estate securities,” spokesman Paul Young said in an e-mail.

Even if other issuers decide not to introduce new real estate ETFs, the shake-up in the S&P 500’s industry classifications and the MSCI indexes could have implications for a host of funds, said Sullivan of Brown Brothers Harriman.

“There’s going to be an impact on the funds that are either more broad market-focused that may have slivers of these REIT holdings as part of a financial allocation or these more sector-based financial-oriented funds and what that’s going to mean for their performance,” he said. “It’ll be very interesting to see how this plays out over the next few months.”

For a change that’s been years in the making -- discussed at S&P Dow Jones Indices as long ago as 2011, formally announced in 2015 and implemented a year later -- it’s more indicative of how much the U.S. corporate landscape has evolved since some indexes were created in the 1870s, said Howard Silverblatt, a senior index analyst at S&P.

“The overall change, it’s an editorial comment to some degree,” he said. “It is a significant change in the culture of investing.”