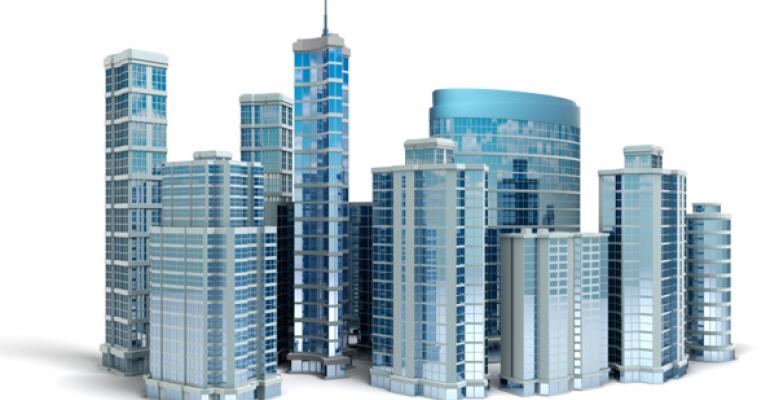 Is the Diversified REIT Dying?

For REITs, diversification primarily occurs in two ways: property type and geography. For example, a REIT might own both apartment complexes and office buildings in 13 markets across the nation.

REITs today are less diversified than they used to be. By and large, REIT management are eschewing property diversification in favor of focusing on one property type. Put another way, REIT executives are moving their companies toward specialization rather than generalization.

So does this mean that diversified REITs are dead? Most likely.

And what does this mean for advisors and their clients? If you’ve previously relied on individual REITs to provide your clients with exposure to multiple property types, you’re going to need to re-think your investment strategy.

However, experts contend that there’s no real downside to REIT specialization, only greater transparency and freedom. Advisors will be able to help their clients build a portfolio of specific REIT investments that can take advantage of current real estate cycles.

Only a handful of diversified REITs remain today, and they’ve drawn criticism from the Street for their lack of focus.

Even REITs that previously owed multiple property types have embarked upon aggressive disposition programs to sell off so-called “non-core” assets – properties that don’t fit the REIT’s strategic vision. The shift, experts say, is driven largely by institutional investors who prefer to have more control over their portfolios.

“REIT-dedicated investors, and other institutional investors, like pure-play REITs,” says Drew Alexander, president and CEO of Weingarten Realty Investors, a Houston-based REIT that owns and operates grocery-anchored shopping centers. “They would rather make diversification choices at the fund level.”

Franklin Templeton Real Asset Advisors is one such investor that holds little affection for diversified REITs. “It is our preference to see REIT focus on one thing,” says Wilson Magee, the firm’s director of global REITS. “When companies get excited about things outside their core competency and spend a lot of time and capital, their returns tend to be poor.”

Evolving into a “Pure-Play” REIT

Many modern REITs started out developing a variety of property types or investing in any property that would bring them the best return.

Weingarten is one such REIT: the company is an off-shoot of a regional grocery chain that was founded by the grandfather of the REIT’s current president and CEO. The company initially built the family’s grocery stores and then expanded to developing shopping centers. Over time, its portfolio grew to include hotels, apartments and warehouses, Alexander notes.

When Weingarten went public in August 1985, it primarily owned and operated grocery-anchored shopping centers, but it also had a significant investment in industrial. Earlier this year, however, the REIT sold off its industrial business for $382.4 million to private equity fund DRA Growth and Income Fund VII.

“We recognized that the market has a very strong preference for REITs to be pure-play companies, but we had been in the industrial business for over 40 years, we liked and knew it, and it brought a good return,” Alexander says, adding that the market didn’t give the REIT a lot of grief over its industrial portfolio until the credit crisis.

Since then, REITs have been under pressure to de-lever their balance sheets. “As we looked to de-lever, we had the option of selling more stock, selling shopping centers or selling our industrial portfolio,” Alexander says. “Taking into account our stock price and the market’s focus on pure-play REITs, we decided to sell our industrial portfolio.”

The REIT is two years into a five-year program to pare its portfolio. In addition to property specialization, Alexander says Weingarten also is working on geographic concentration.

Alexander says the Street has responded well to Weingarten’s efforts. “The market is sending a strong message that investors want to invest in companies that have specific property type expertise,” he notes. “REITs are certainly capable are doing more than one thing, but there’s a tremendous advantage to simplicity. From an investor viewpoint, it’s a complicated world, and it’s better when companies keep their stories simple and straightforward.”

Like Weingarten’s Alexander, a number of REIT management teams have decided that simple is the way to go.

David Henry, CEO of Kimco Realty Corp., points to the Great Recession as the catalyst for REITs embracing specialization. “The recession scared everybody, and now investors are looking for simple – simple strategies, simple balance sheets,” he explains. “The diversified model has given way to the expertise model.”

New Hyde Park, N.Y.-based Kimco has been particularly aggressive in refining its core portfolio. Currently, it owns and operates nearly 1,000 shopping centers across North America. As recently as 2009, however, the REIT owned about $1.2 billion in non-retail assets, Henry notes.

Kimco’s foray into other property types was a strategic decision to invest in property types that provided higher yields than shopping centers. “Most of those investments worked out fine, but it became apparent that shareholders and analysts prefer us to stick to our core expertise, which is shopping centers,” Henry says.

In October 2012, for example, Kimco sold off InTown Suites to an affiliate of Starwood Capital Group for $735 million. Additionally, the REIT has sold another $450 million in other non-core assets.

Even REITs that proudly wear the diversified banner are refining their portfolios. Duke Realty Corp., for example, is in the midst of re-positioning its portfolio to reduce its investment in suburban office properties and increase its ownership of bulk industrial and medical office properties. The REIT has disposed of a significant number of suburban office assets including $1 billion in properties to Blackstone Group in late 2011.

“If you listen carefully to most REITs, we’re all singing the same song – we’re selling non-core assets and recycling the capital so the quality of our portfolios increases over time,” Henry says.