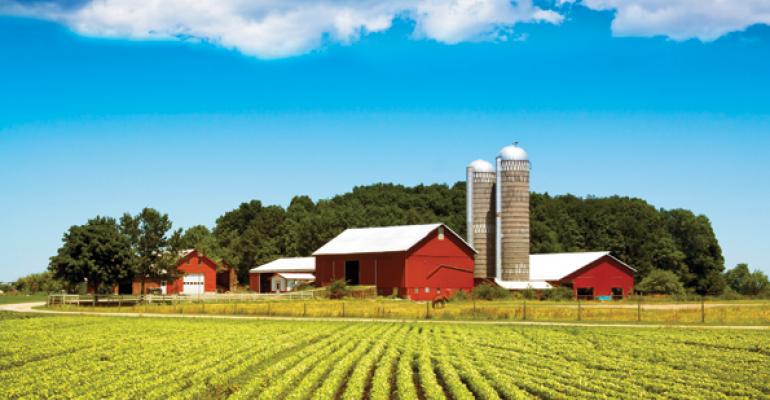 Farmland prices rise, but could be headed for correction

Old MacDonald had a farm … and it worth’s more today than ever before. That’s definitely a boon for Old MacDonald, but it might pose a risk for investors who are just now thinking about putting money into farmland, experts say.

“I think investors have become a little too bullish about farmland,” says Justin Gardner, assistant professor of agribusiness at Middle Tennessee State University. “Right now, commodity prices are high, and that means that farmland values are also high. Investors would be paying a premium for farmland.”

Investors generate a total return on farmland from two sources: the revenue the land produces – either through rental payments from farmer tenants or crops – and appreciation of the underlying farmland.

Farmland is an asset class that is not directly correlated to stocks and bonds, and fans say it is significantly less volatile and even offers a currency hedge as foreign countries choose to import American crops because the value of the dollar makes them cheaper. Of course, farmland is an illiquid investment.

Investors can gain exposure to the asset class by purchasing farmland directly or investing in farmland-based funds. They can also invest in mutual funds and ETFs that invest in commodities such as corn, soybeans and wheat, but, in doing so, investors will not get the benefit of land price appreciation.

Farmland values have surged over the last decade due to a combination of high commodity prices and low interest rates. At the same time, demand for leased farmland has driven up rental rates, which makes farmland more valuable overall. Consider this: From 2000 to 2010, national aggregate farm real estate values appreciated faster than residential values, an average of 7 percent annually versus 3.2 percent annually, according to the United States Department of Agriculture (USDA) Economic Research Service.

And given what happened to residential values during the housing crisis, it’s natural to have some concern about farmland. Residential prices famously declined at an average annual rate of 4.4 percent from 2007 to 2010, while farm real estate values continued to increase at an annual rate of 2.4 percent.

In fact, Gardner believes that land values will take a dip when commodity prices normalize. And experts say it’s not unreasonable to expect commodity prices to stabilize within the next 24 months.

“There’s always going to be a long-term upward pressure on farmland values – the world population is forecast to be 9 billion by 2050 and those people have to eat – but there is myth that land always appreciates,” Gardner says. “Farmland values go in cycles, and right now we’re at the top of cycle. The big question is: where is the peak for farmland?”

Over the last 100 years, farmland has consistently delivered positive returns with only three brief periods of negative returns in the 1930s, 1980s, and 2008, according to Shonda Warner, managing director of Chess Ag Full Harvest Partners. Total returns for farmland have been fairly consistent over the last 60 years at 11.52 percent annually.

Land appreciation averaged roughly 6 percent annually between 1951 and 2010, according to Warner. For the same period, yields ranged from 2 to 5 percent annually depending on the rental rate.

Recently, farmland has outperformed most major investments. The one-year (June 2011 to June 2012) total return for the NCREIF (National Council of Real Estate Investment Fiduciaries) Farmland Index was 17.72 percent. The income return was 7.37 percent, well above yields for most bonds and commercial property.

Despite drought conditions, farmland prices continued to rise in the first half of 2012, particularly in the Corn Belt and Northern Plains. The USDA reported that farm real estate values nationwide increased by an average of 10.8 percent year over year, to $2,650 per acre as of June 2012.

Land price increases in the Corn Belt and Northern Plains have been far higher than the national average, with estimates of 17 percent and 26 percent, respectively. This comes on the heels of similar price increases in the 2010-2011 period. Cumulative increases since 2000 in the Corn Belt and Northern Plains regions have been 188 percent and 225 percent, respectively. Some sub-segments of these regions containing prime cropland have seen increases far in excess of regional averages.

“In the event that the long-term trends of low interest rates and rising commodity prices reverse themselves relatively quickly, a scenario not considered unreasonable, we would expect a large correction in farmland values,” according to a recent report by Fitch Ratings titled Rapid Farmland Appreciation Poses Risks for Ag Lenders.

Right now, there’s a lot of volatility in the commodity markets primarily because of uncertainty related to the drought and its impact on supply, notes John L. Taylor, Jr., who heads up the national “farm & ranch group” for U.S. Trust. “What we are seeing now is a reflection of the concern about the current condition of this year’s crop,” he explains, adding that commodity prices prior to the drought were moderate because lack of supply was not a big concern.

Most Americans would be surprised to know that the U.S. produces more corn, wheat and soybeans than we need or consume as a nation. As a result, the U.S. is a key exporter of corn, soybeans and wheat.

Moreover, U.S. farmers have significantly increased production over the past 20 years by using new technology and heartier seed. The USDA reports that U.S. agricultural output has nearly tripled since 1948, with an average annual growth rate of 1.63 percent.

Those improvements, coupled with higher commodity prices, is boosting profits for farmers, making it easier for them to pay higher rents. For example, net farm income this year is expected to clock in at roughly $97.1 billion in 2012, the second highest on record according to the USDA.

While experts agree that commodity prices are high, Taylor points out that there only is so much arable land in the world on which to grow commodities. “As world population and demand [increases], we may not be able to keep up from a supply side,” Taylor says. “It is the old, classic, supply-and-demand equation at work. In the longer term, it is hard to argue that both commodity prices and food prices will not trend up.”

And so goes rental rates, the value of farmland and the overall total return.