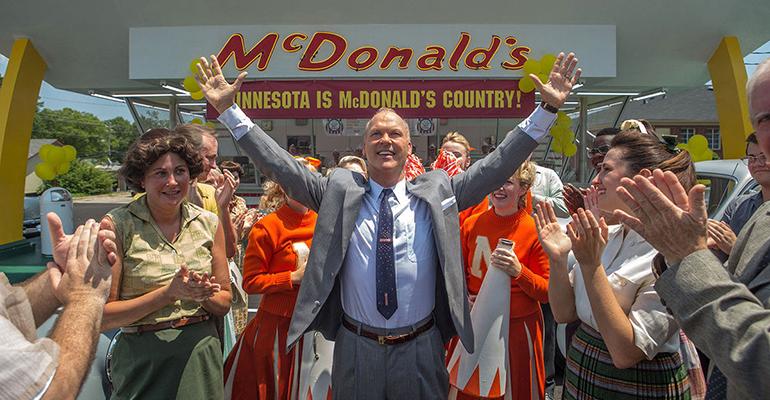 What Do Sam Walton, Ray Kroc and Tom Watson Sr. Have in Common?

Sales is the quickest path to personal wealth.

CHICAGO — “There’s just such a negative stigma attached to being a salesman,” Marshall commented with a pained expression and then continued his train of thought by concluding, “It seems that we do everything possible to position ourselves as anything but salespeople, but if we don’t sell, we don’t eat.”

I told Marshall that I couldn’t agree more. But then I took the liberty of “peeling back the onion” so to speak, on the topic of the professional salesperson. The stigma that Marshall was referring to is real, especially within affluent circles, but much of it originated from the negative stereotype of the prototypical salesperson that seemed to evolve from Arthur Miller’s A Death of a Salesman. Since then Hollywood has had a field day at the expense of salespeople; Tin Men, Glengarry Glen Ross, and Tommy Boy to name a few.

However, the reality is that successful sales people, from all fields, are the polar opposite of this stereotype. Our affluent research validates this; nearly two-thirds of our respondents obtained affluence from some form of a sales career.

With a smile and nod of approval, Marshall agreed. He then began to talk positively about the top advisors he knew. Everyone was a “first class professional” who was very good at the sales game. This triggered me to think of three of the most successful entrepreneurs of the 21st century:

What do all three of these icons have in common? They each began their careers as salesmen. They experienced setbacks (many rejections), but they had a driving ambition that was coupled with an extraordinary disciplined work ethic. At their core, these titans had integrity which enabled them with the necessary empathy to be totally customer-focused.

The result of their sales efforts, long before they were household names, each prospered and had word-of-mouth-influence working on their behalf.

It’s always fascinating that as much as everything changes, nothing really changes. Ambition, work ethic, integrity, empathy and client focus—the drivers of these three entrepreneurs as they sold their way to success, remain in today’s digital world, the drivers of financial advisor success.

In our years of researching elite advisors, we’ve identified traits and characteristics they have in common. A key trait that rarely gets much press (I too am guilty as charged), is that they enjoy the challenge of sales and are proud of their sales skills. They freely admit they’re in the sales game and are quick to tell anyone interested that sales is the quickest path to personal wealth. The following is a basic formula for creating affluence through a sales career.

The Formula for Creating Affluence Through Sales

I’d be remiss if I didn’t share with you the three books I recommended to Marshall:

I’ve read and re-read Kroc’s and Walton’s books and consider them required reading—both are autobiographical. Greulich’s book on Tom Watson Sr. is a bit different; essentially it’s a compilation of Watson’s recorded words that have been thoughtfully organized into chapters.

By the way, Hollywood recently made a film titled The Founder. If you haven’t seen it, do so (now on Netflix). The film traces Ray Kroc’s beginnings as a salesperson to building a global McDonalds empire. It’s definitely worth watching.