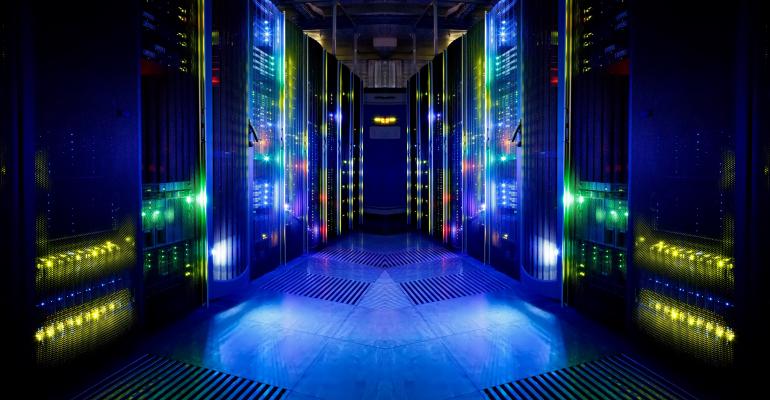 “There’s lots of investor interest in moving into this space” says David Fanning, executive managing director and director of the global data center advisory group with real estate services firm Cushman & Wakefield. He notes that this includes institutional and foreign investors that are diversifying their portfolios into data centers.

A catalyst for this growth is the increase in corporations looking to sell their owned, and often under-utilized, data centers through a sale-leaseback strategy, Fanning notes. There is also a growing number of companies selling off large data center portfolios to investors, who in turn are launching their own data center platforms through the acquisition of these assets.

Demand for data center space continues to grow in step with technology, which has encroached on all aspects of modern life and business. “From a broader macroeconomic level, trafficking information, essentially e-commerce, now relies on transacting massive amounts of data,” notes Litkenhous. “As a result, investors should be taking advantage of this macro trend and riding it to its fullest extent.”

Investors are also interested in this product type because of its potential to secure high-quality, corporate tenants that will sign leases with 10- to 15-year terms and deliver a consistent revenue stream. According to Fanning, “We are seeing investors entering into forward purchase agreements where they fund the development of the data center with a pre-committed lease arrangement for the entire facility.”

There are two types of data centers: single- and multi-tenant facilities. Single-tenant, or wholesale, facilities, which are known as “enterprise facilities,” generally house one company that produces tremendous amounts of data, like Microsoft, Facebook or Netflix. These properties are often built to the company’s specifications. These facilities are considered very safe investments because users prefer long-term leases of 10 to 15 years to avoid the disruption of frequent migration.

Multi-tenant, or retail, facilities, also known as “colocation facilities,” house many companies that may only require one or two racks and need flexibility in lease terms. Tenants, however, pay dearly for that flexibility, with typical rates per kWh of $250 to $500, compared to $100 per kWh at enterprise facilities. According to Fanning, no one company occupies more than five percent of the facility’s capacity, so there’s minimal loss of income if one tenant leaves.

Data centers cluster around power and fiber, notes Litkenhous. “Latency, how fast data is transmitted over a network, often times is a deciding factor in locating data centers,” Fanning says. He notes that the majority of data centers are clustered near subsea cable landing stations and key internet exchange points, which include Northern Virginia, New York, Northern California, Dallas and Chicago.

Northern Virginia is the largest data center market in the world, with 70 percent of the globe’s internet traffic running through the Dulles Technology Corridor, which includes both defense and business tech companies, according to a report from Cushman & Wakefield.

Demand in this region is at record levels, with hyperscale cloud players, including Amazon, Microsoft and Google, securing large amounts of capacity in the region, and companies like Salesforce and Dropbox following.

Noting the importance of fiber speed, Litkenhous says, “As soon as one company comes in, it gets incredibly cheaper to piggyback off what other investors have already done. This is one reason Northern Virginia is such a hot market.” In the fourth quarter of 2018, 16 data centers were either under construction or planned throughout the region, the Cushman & Wakefield report notes.

Litkenhous adds that the Dulles Technology Corridor is unique in that it includes significant amounts of “dark fiber” used by U.S. security agencies, and the best way to tie into that level of security is to be in Northern Virginia.

A more recent trend, however, has data centers moving toward “the edge”—closer to end users, which is opening up new opportunities for investors, Litkenhous notes. “Smaller versions of data centers are going into urban areas—they’re being chopped into pieces to move them closer to users,” he says.

Until recently, many real estate investors have avoided this asset class because they don’t understand it, he adds. “But there are huge gains to be made in data centers for those who do understand and invest in it.”

For instance, local jurisdictions are offering tax incentives and other benefits to attract data centers because they generate significant tax revenue, with minimal impact on infrastructure.  Litkenhous emphasizes that to be profitable, data centers required a location with a balance of qualified talent and available fiber latency.

He also warns investors to consider the risk of climate-related events, such as the potential for hurricanes and flooding. For example, Likenhous notes, “When Sandy hit, because of flooding, many New York City data centers were toast.”