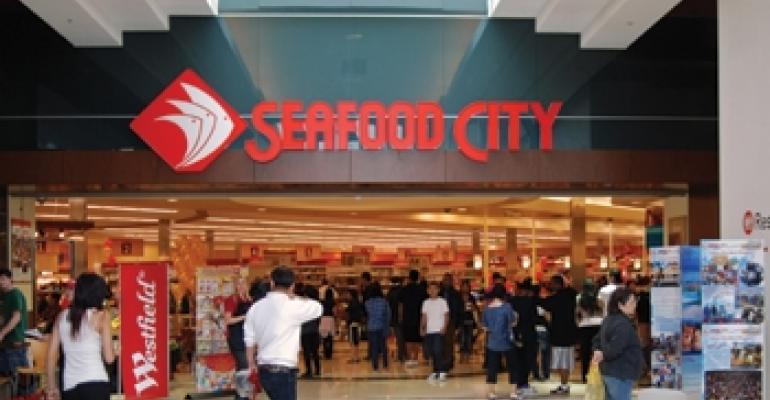 The long-in-the-making decline of department stores has been forcing regional mall firms to search for alternative anchors for years. In the past decade, big-box stores, restaurants, discounters and other large space users have all popped up as alternative anchors.

Today, as mall owners deal with the latest round of department store closings, a new crop of replacements has emerged. Supermarkets, wholesale clubs, gyms, theaters and even jumbo-sized specialty retailers are all taking space formerly occupied by the likes of Sears, Boscov’s, Mervyn’s and other department store chains. Less commonly, owners have also signed leases with non-retail uses like theaters, spas, medical facilities, colleges and religious institutions.

Last fall, for example, Tennessee-based Rush Fitness Complex, a regional workout chain, opened a 30,000-square-foot facility at Walnut Square, a 492,028-square-foot regional mall in Dalton, Ga. The space used to be occupied by Goody’s Family Clothing, but after the chain went bankrupt in 2009, the mall’s owner, Chattanooga, Tenn.-based CBL & Associates Properties Inc., approached Rush about coming to the center. The location has been working out great, according to Larry Gurney, founder, president and CEO of Rush.

In another case, at the 992,322-square-foot Harrisburg Mall in Harrisburg, Pa., managing agent Jones Lang LaSalle Retail recently brought in Broadway Classic Productions, a local theater company, to take up a 7,000-square-foot ground floor space that formerly belonged to a Boscov’s department store.

In addition, Australia-based mall operator Westfield Group has been signing deals with both Costco and Aldi to come to its centers. And apparel retailer Forever 21 has been snapping up spaces at malls throughout the country.

A quality that many of these new tenants share is that in the past they have eschewed regional malls or occupied non-anchor spaces, but have now switched gears. It’s part of a broader trend where there is less segregation of tenants by property type. So retailers that, say, may have exclusively located in power centers in the past are being more flexible about the kinds of spaces they are willing to consider.

There are both short-term and long-term factors at work behind the trend.

These tenants are looking at malls at a time when the vacancy rate for regional mall anchors remains near its cyclical high. The downturn had a significant impact on many anchor tenants. Mervyn’s and Gottschalks closed for good. Boscov’s went through Chapter 11 reorganization. Macy’s and Dillard’s closed dozens of stores. As a result, Reis Inc., a New York City-based research firm, estimates that anchor vacancies at regional malls reached a peak of 4.0 percent in the first quarter of 2010 and have declined only slightly to 3.9 percent in the most recent reading. That’s double the low point of 2.0 percent in the second quarter of 2006.

Many traditional mall anchors are not expanding rapidly and instead have focused on building cash reserves. In addition, department stores have been losing market share for years. Department stores’ share of the U.S. retail market dropped from more than 7 percent in 1990 to about 2.5 percent in 2010, according to research by Customer Growth Partners, a New Canaan, Conn.-based consulting firm.

“Certainly there has been a little bit of a reaction on the part of mall developers to the shrinking and consolidation of department stores and junior boxes,” says David Neuhoff, vice president of redevelopment with CBL, adding that he expects more consolidation and/or bankruptcies among traditional anchor tenants. “But now you are also seeing developers being proactive and looking to the future.”

Today, about one in every four malls in the country features at least one unconventional anchor, estimates John Bemis, executive vice president and director of leasing and development with Jones Lang LaSalle Retail, an Atlanta-based third party property manager. And mall owners are looking for alternative tenants that drive foot traffic, like a department store does.

One of the more interesting recent trends has been the emergence of supermarkets and warehouse clubs as potential mall anchors. In the past, mall owners and supermarket operators have had doubts about how well grocery stores fit into the typical regional mall mix.

Supermarket chains were concerned about the premium rental rates and high common area charges they would have to pay for a mall store versus a location in a strip center. And both mall operators and supermarket executives worried about the added car traffic, parking issues and loading issues a supermarket would create in a mall. But those attitudes have begun to change as mall owners face a plethora of vacancies at their centers.

The challenge has been convincing supermarket operators that they can go inside regional malls and be successful, Neuhoff notes. Many supermarket chains already operate locations next to regional centers, but since the strategy is fairly new in the U.S., they are still working out issues like whether to have an internal entrance, and how to best handle loading and parking.

Westfield has been among the first mall owners to pursue this strategy: in August, the firm signed a deal with Costco to open stores at Westfield malls in Los Angeles, Sarasota, Fla. and Wheaton, Md. In the past, Costco had faced some challenges breaking into infill markets because there were so few available sites that fit its criteria, according to David Messner, vice president of real estate with the chain. But as more department stores started closing down their doors, Costco saw an opportunity to grow its portfolio. As of 2010, Costco operated eight stores at regional malls.

Westfield is also experimenting with supermarkets. In September, the firm signed a 20,000-square-foot lease with German discount supermarket chain Aldi for its first U.S. store in a regional mall.

Aldi will open in a former Steve & Barry’s space at Westfield Chicago Ridge mall in Cook County, Ill. One industry source says that European supermarket operators might be more comfortable with the idea of leasing space at malls because it’s already a common strategy across the Atlantic.

CBL, for its part, has been having exploratory conversations with domestic supermarket chains and specialty grocers about potentially opening mall stores. “We would love to incorporate grocers like Trader Joe’s or Fresh Market, which are excellent traffic drivers to the mall,” says Neuhoff.

Fitness clubs like Rush can also work as good substitutes for department stores because the larger chains occupy big chunks of space and bring in regular visitors. In fact, fitness clubs often attract a more diverse pool of potential customers than a traditional mall anchor because there are people who come to the mall to exercise who would not have gone in just to shop, says a CBL spokesperson.

Meanwhile, fitness club operators benefit from having an easily identifiable address, plenty of parking and a second entrance inside a mall that exposes the brand to passersby, says Gurney, of Rush Fitness. Rush opened its first club at a Simon mall in Knoxville, Tenn. in 2001. But the club at Walnut Square was only its second location in an enclosed regional mall in 10 years.

“I think it’s done really well for us and we are looking for more [locations] like that if it has the right dynamics and the right pieces.”

Fitness chains as a group are in heavy expansion mode right now—companies from Planet Fitness to LA Fitness to Anytime Fitness are opening new locations. Hastings, Minn.-based Anytime Fitness alone plans to open 900 new clubs over the next 24 months, putting it on the list of the fastest growing retailers, according to a report produced RBC Capital Markets and Retail Lease Trac.

A spokesman for Anytime Fitness says that 99 percent of its clubs are currently located in strip centers, but the chain does have about a dozen units in enclosed malls and would be willing to open more if the opportunity came about.

“With people concerned about health and obesity, our industry is really something that’s growing and not something that’s going to move away,” says Gurney. “And with a lot of the boxes closing out there, we create a lot of traffic [for mall owners]. A lot of people use health clubs two, three, four times a week.”

Today, Rush Fitness operates 23 locations, but its long-term plans call for hundreds of clubs all around the United States.

Another firm that’s been making a lot of noise in leasing mall anchor space is apparel chain Forever 21. The company has been a popular mall tenant since the late 1980s. Up until recently, however, it occupied inline space. But in the last few years, the firm has jumped on the opportunity to grab large boxes and open stores in the 80,000-square-foot to 90,000-square-foot range.

In 2008, Forever 21 purchased 15 Mervyn’s leaseholds in an open auction. It initially tried to buy all 150 Mervyn’s stores. Since then, the retailer has been snapping up boxes belonging to other mall anchors. In July, for example, it took over a lease for a 43,000-square-foot space at South Coast Plaza in Costa Mesa, Calif. from Sears Holdings Corp.

“In many cases for them, it’s a function of being able to access a market they couldn’t ordinarily get into,” says Bemis. “Forever 21 was not going to be able to find itself a location at South Coast Plaza” without the Sears lease.

At the same time, malls throughout the country have started to bring in non-retail uses like live theaters, libraries, medical facilities, government buildings and religious institutions.

For example, Jones Lang LaSalle recently leased some mall locations to beauty schools Paul Mitchell and Aveda Institute, says Mark Hunter, senior vice president of retail services with the firm. “I think you are seeing enclosed malls reinvent themselves to cater to a broader customer base,” he notes.

And when all else fails, firms can opt to chop up the space and put a cluster of retailers or restaurants together as a way of creating an alternative anchor.

What makes alternate anchors particularly attractive is that mall owners don’t have to swallow huge rent discounts to take them on, Bemis notes. That’s because department stores have typically paid below market rents in exchange for serving as traffic drivers. So even if a fitness club or a supermarket chain expects to see significant perks, the landlord can give them what they want and not take too much of a hit on its NOI.

The bigger issue for mall owners might be the cost of converting former department stores to new uses. Some of the new tenants are not used to the high ceilings typically employed by department store chains or might need to create new stairwells between floors, while others, like medical and educational facilities, need infrastructure for equipment and technology, according to Jane Lisy, vice president of marketing with Forest City Enterprises, a Cleveland, Ohio-based real estate operating company. If the mall owner decides to split the box into smaller units, that costs money as well.

When Forever 21 opened a new store in a vacant department space at Forest City-owned Antelope Valley Mall in Palmdale, Calif. in February 2009, the mall owner had to spend an undisclosed amount retrofitting the space to accommodate the chain’s smaller footprint. Ultimately, however, Forest City decided the costs were worth it to bring Forever 21 to its property. The leasing team knew that Forever 21 wouldn’t build a new store in the mall, notes Lisy.

“It can get cost prohibitive and it requires some creativity,” she says about retrofitting. “We’ve looked at bringing in alternative tenants and in some cases it didn’t make sense. But at Antelope Valley, it was an opportunity for us to use the [vacant] space and get the tenant that we wanted.”