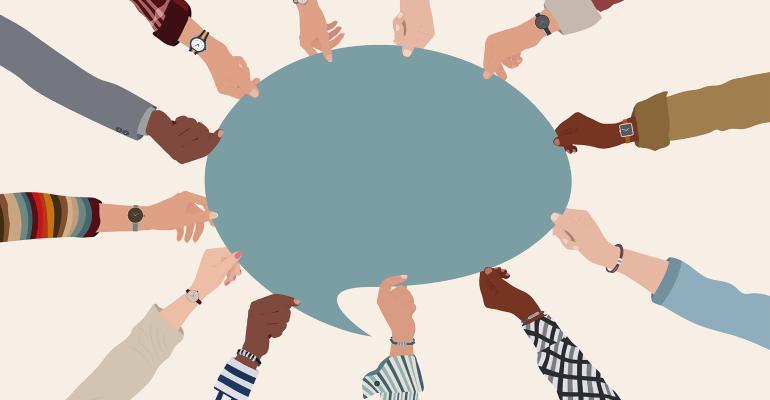 Have you invited your representatives to your events, or to tour some of your properties? Have you attended any of their events?

Legislative advocacy isn’t a one-time only event. Neither is it the province of one or two key players. Rather, it’s a team sport in a season without end. While we talk a lot about partnerships, nowhere are they more important than in our efforts to get our collective industry concerns on the desks of legislative powers.

Meeting with your local, state or federal representatives is now more important than ever, and vital to establishing relationships with legislators based on education and growth. They too are trying to find answers to many of the issues we face. As the experts in our field, we approach our government contacts as trusted advisors who need to learn the true impact of legislative decisions.

Related: What Does Expanding Cannabis Legalization Mean for CRE Investors?

But, as IREM Senior Director of Government Affairs Ted Thurn indicates, if we attempt to access our legislators only when there’s a crisis at hand, we’ve already weakened our position. Instead, it’s necessary to build relationships with them while the waters are calm. There are several ways to start building a solid foundation with your elected officials. Have you invited your representatives to your events, or to tour some of your properties? Have you attended any of their events? Are you planning to join IREM’s 2023 Advocacy Impact Day in March? These are important ways to make those connections, build that familiarity and make our elected leaders part of our team. Consider such outreach to be money in the bank when the time comes to ask for support.

Forging such relationships is exactly what IREM has been doing on behalf of membership to create a platform for discussion on a variety of critical topics. Here are just two examples.

Cannabis legalization has made tremendous strides at the state level, and yet, reforms still face an uphill battle at the federal level. Although some antiquated perceptions of the industry still continue, in reality it’s a sophisticated, high-barrier-to-entry agro industry with equally serious science and financial components. But the business also suffers from a national bifurcation. While 37 states and Washington D.C. have legalized marijuana for either recreational or medical use, it’s still illegal at the federal level.

A major hurdle to cannabis businesses is the payments system. Since cannabis is still illegal at the federal level, these businesses cannot bank at federally insured financial institutions. Some are forced to operate with cash only, and a number of lawmakers in Washington, D.C. worry about the criminal activity that kind of cash attracts. The Secure and Fair Enforcement (SAFE) Banking Act would allow growers and retailers to bank with national banks. The absence of this access limits capital growth, while becoming a security and insurance issue. Without banking privileges, income could be “stashed” in basement vaults. And in the case of a catastrophic event, what would be the insurance recourse for company owners and their property managers?

For those reasons, we support the SAFE Banking Act.

Another important issue for all industry associations with a housing focus is affordable housing. We support the bipartisan Choice in Affordable Housing Act (S. 1820/H.R. 6880) for its goal of increasing private sector participation in the Section 8 Housing Choice Voucher (HCV) program.

The need is certainly there. One of our coalition partners, the National Apartment Association (NAA), reports that there are only 37 affordable housing units for every 100 families in need. Meanwhile, according to HUD, an average of 10,000 housing providers have left the Section 8 housing voucher program between 2010 and 2016. Landlords can be reluctant to accept vouchers due to payment standards, the administrative process, and negative perceptions of voucher holders. However, many landlords are willing to accept vouchers with basic support in place, such as having a staff liaison or risk management.

“Choice” would provide $500 million to create a Housing Partnership Fund. In part, these monies would be distributed to public housing authorities (PHAs) for:

(See a full rundown of benefits.)

The affordable housing issue isn’t a question of developers versus low-income tenants. It’s an issue of red tape and the hoops willing developers are forced to jump through. We support “Choice” as much for the clarity it brings to the market as for its financial assistance.

Ironically, affordable housing and the cannabis issue share a common thread—the lack of education and guidance that can lead to successful resolutions. But no matter the issue, cannabis, affordable housing, 1031 like-kind exchanges, flood insurance or fair and reasonable occupancy standards, the challenge and the responsibility is mutual among practitioners and legislators.

The solutions, therefore, will be the result of mutual awareness and effort. That’s how advocacy works most successfully. IREM offers guidance and resources on how to build relationships with your legislators. Here’s how to get started.

Barry Blanton is the 2022 President of IREM. In addition, he serves as chief problem solver and a founding principal of Seattle-based Blanton Turner.