/sites/all/themes/penton_subtheme_wealthmanagement/images/logos/footer.png
Recent
Recent
Why the Shift to a Longer-Term ‘Business Owner’ Mentality Is Driving Movement
May 27, 2022
NYC Luxury Theft Boss Planned Own ‘Department Store,’ City Says
May 26, 2022
Seven Must Reads for the CRE Industry Today (May 27, 2022)
May 26, 2022
What’s the State of the Capital Markets for Cannabis Real Estate?
May 26, 2022
Featured
The 10 Best and 10 Worst States in Which to Retire in 2021
Jul 15, 2021
Poll: 15 Classic Books on Investing and the Markets
Apr 03, 2020
Fifteen Must-Listen Business Podcasts for Advisors
Aug 14, 2020
Celebrity Estates: Jay Leno and Planning for Classic Car Collections
Feb 22, 2022
Pershing INSITE
brought to you by 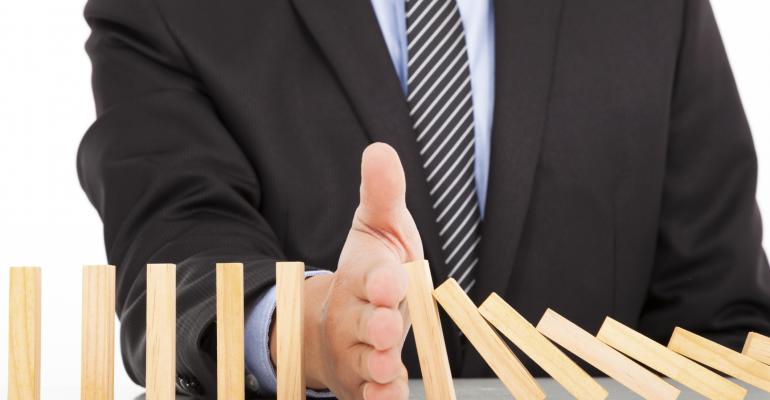 What Can We Learn From Disruptive Business Models?

One of the co-founders of Sanctuary is fond of recalling a valuable lesson from his days at Stanford Graduate School of Business.

The CEO of every business, he said, has to answer the question, “Do I want to make my solution faster, cheaper or better?”

The catch: It’s really only possible to do two at any one time and be profitable.

They Never Saw It Coming

That’s a particularly relevant insight now because disruptive business models are transforming industry after industry, including the wealth management business.

Disruptive technologies are often good for consumers and upstart firms, but not so good for entrenched companies who frequently fail to recognize the oncoming train.

Thus, as the ground continues to shift, businesses need to ask themselves what they want to be? Faster and Cheaper? Cheaper and Better? Better and Faster?

To answer that question, it’s helpful to look at disruptive business models in the transportation, restaurant and hospitality industries.

In the past 10 years, upstart companies have re-defined those industries and collectively created more than $25 billion in wealth – most of it right here in the Bay Area.

In the transportation business, Zipcar and Uber have remade the industry in just four years.

Zipcar will rent you a vehicle for $8 to $10 an hour. Uber bypasses the monopolistic cab companies and brings you a lift (or is that Lyft?) right from a tap of your smartphone. Both were “faster” and “cheaper.”

Cab companies and rental car agencies first responded by thumping their chest and saying neither would ever work.

Uber is now in 70 cities in 36 countries since it launched in San Francisco in 2009. It has an estimated market cap of $10 billion.

Who Needs The Ritz?

Airbnb has succeeded by providing lodging “cheaper” and “faster” than their old-school competitors.

At Airbnb, you can find a perfectly comfortable room rented out by an owner. Anyone can get into the hospitality business by simply offering their room through Airbnb. It’s such a simple idea, and it’s taken off around the world.

Founded in 2008 in San Francisco (are you noticing a trend?), Airbnb today offers rooms in 34,000 cities in 192 countries. It has an estimated market cap of $10 billion. That’s more than its brick-and-mortar competitors, Wyndham Worldwide, with a market value is $9 billion, or Hyatt, whose market value is $8.8 billion.

The established hotel chains are so unnerved by Airbnb’s success that they have launched a legal counterattack in numerous cities, arguing that Airbnb must pay hotel tax.

OpenTable and Yelp upended the restaurant business to every foodie’s delight.  They’re classic examples of “cheaper” and “better.”

Both facilitate reservations and offer restaurant reviews. They eliminated the aggravation of calling around for a table and provide valuable intel to avoid a less-than-stellar dining experience.

By offering reviews, they also changed the balance of power between diner and purveyor. There’s nothing like the threat of a bad review to improve your fettuccini and your service.

What’s astonishing is the speed of these disruptive technologies. In roughly 10 years, these five companies have created more than $25 billion in value.

The wealth management business may be next. The online “robo” advisor is another disruptive technology. It hasn’t reached critical mass yet, but it may not be far off.

So what should advisors do?

First, don’t make the mistake of ignoring the oncoming train, like the other industries did. Wealthfront’s home page screams that it has $800 million in assets, and its CEO recently announced a single-stock diversification service to Twitter employees. The firm signed up $200 million in assets.

Wealthfront was founded in 2007 in Palo Alto, just a 45-minute drive from San Francisco.

Second, wealth advisors need to deliver what clients want. That requires a segmentation strategy to provide the solution demanded by each specific audience. It’s important to figure out whether your emphasis is on Baby Boomers, GenXers or Millennials.

For wealth advisors, “better” and “faster” are clearly the way to stand apart from the robo advisors  – at least for Baby Boomer clients.

To own “better,” independent advisors need to provide exceptionally smart service. That can’t be replicated by a computer.

Wealth management has always been a relationship business that turns on interpersonal relations, as much as skill and access to ideas. If you can’t deliver better service than a computer, you’re in trouble.

“Cheaper” should be left to the robo advisor. You won’t be able to compete on price and run a profitable business.

A Different Strategy for Each Market

You may want to adopt a different strategy for Millennials and GenXers, who prefer a lower-cost, less personal approach. “Cheaper” may be a winning strategy for this audience. But it will be difficult to be “better.”

Roughly speaking, there is a generational divide across all of these industries, including wealth management. Baby Boomers with more money and less time prefer full-service. Tech-savvy Millennials and GenXers like the DIY approach because it is typically less expensive.

One lesson is clear: Flexibility is essential when disruptive technology arrives.

So there is a holy grail for advisors, and it’s this: innovation. Wealth management firms need to reinvent themselves as disruptive business models knock on their door. They need to decide which two of the three they’re going to be.

There will always be a market for people who would prefer to stay at The Four Seasons rather than an Airbnb room in the same neighborhood. The question is how many.