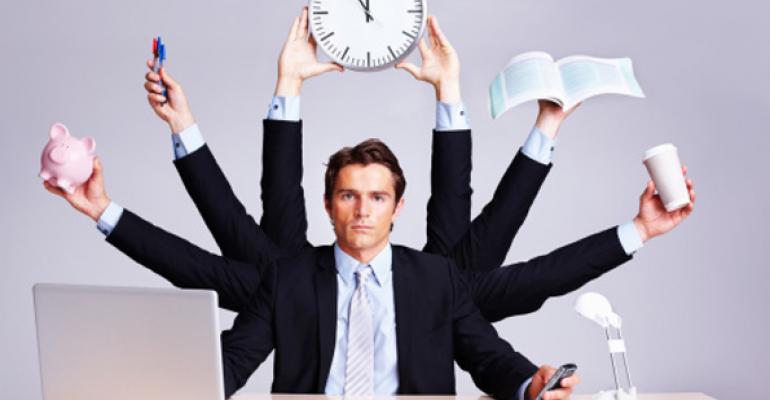 Pure branch managers are being replaced with those that double as producing advisors. It’s a tough job, and one that may threaten other reps in the office.

Over the last decade, consolidation and other “efficiency” initiatives have resulted in the loss of jobs for thousands of wirehouse branch managers. According to Rick Peterson of Houston-based recruiting firm Rick Peterson & Associates, there were, at the peak, 4,500 branch office managers in the industry; now, the number has been cut in half. For those who remain, the days of high six-figure earnings are long gone and many are required to also be producing brokers as well as managers.

Asking non-producing managers to build a book in today’s economy is no small feat. “We have all the stress and responsibility of managing a branch, like recruiting and retaining reps, and on top of that, we’re supposed to find new clients?” asks an anonymous wirehouse branch manager in Manhattan who stepped down four years ago when he was asked do it. “For me, it made much more sense to go back into full-time production.”

As the big firms continue to consolidate, this is a choice more and more non-producing managers will inevitably face. The job can be rewarding for those who manage to pull it off. Not surprisingly, time management skills are critical, as is the ability to ensure other full-time reps that their turf is not being invaded from an internal competitor.

In 2004, after working two years as a producing sales manager at Morgan Stanley in Wellesley, Ma, Scott Swaylik—who’d previously been an advisor for the firm—choose to return to his native village of Hyannis when a position for producing branch manager opened up there. Though he admits it wasn’t a move “up” the management ladder, he jumped at the opportunity and says he hasn’t looked back.

When Swaylik, who’s always been a sole practitioner, first took the job, he oversaw six reps and was in the branch’s bottom quarter in terms of both assets and production. Today, he has twelve reps, and he ranks in the top quarter. Going from advisor to sales manager required him to scale back his book of business to “mainly to just friends and family,” he says. So, when he became a producing BoM, he had plenty of re-building to do.

Swaylik admits he’s been asked “why not just produce?” more than a few times. “I’ve always thrived on helping and managing other people, and I really didn’t want to lose that,” he says. And, being back on his home turf puts him and his reps at a distinct advantage in a highly competitive industry, he says. “My knowledgeof the community and culture helps us market to the needs of clients and prospects in the Hyannis/Cape Cod area,” many of whom are either area natives or retired Baby Boomers with second homes there. “It can sometimes be rough for an ‘outsider’ to penetrate a community and understand the inner workings.”

He readily shares that wealth with his FAs. “You can’t build a business on cold calling anymore. But, you can build a great one, especially in an area like this, by word-of mouth.” He sponsors seminars every two months for both his and his advisors’ clients and prospects.

Aside from regular meetings where he and his FAs share their goals, concerns and strategies, he hosts frequent get-togethers and outings for them to foster an all-important sense of team solidarity.

But there’s still that nagging question: Is there an inherent conflict of interest in being a producing manager?  “I think my reps view me more as an ally than a competitor,” Swaylik says. “As a producer, I’m in the trenches with them. If my clients call me because of something they’ve seen in the media, for example, I know my advisors must be getting these calls, too. We can sit and share ideas and strategies about whatever’s going on.

“My reps’ performance is a direct reflection on me,” he continues. “Their needs have to come before mine, and they know that.”

To be sure, there’s potential for any rep to view a producing manager as his competitor, one with a distinct advantage. “Prospecting for clients is just easier when you have the title of branch manager,” says another wirehouse BoM who asked not to be identified. “It’s a fantastic credential—it’s like a personal endorsement by your firm.”

Non-producing branch managers get a base salary—typically between $75,000 and $140,000 a year, says Peterson. “While compensation structures differ from firm to firm,” says Barbara Herman, senior VP of  Chester, NJ- based Diamond Consultants,  “it’s safe to assume that a producing manager’s total earnings have a lot to do with his own book of business.”

But, even reps themselves say it’s counterproductive to ‘automatically’ view a producing manager as their business rival.

“Branch managers seem to come and go a lot,” says a wirehouse rep in Manhattan who asked to remain anonymous. “In the last ten, years I’ve had four. You never know how long anyone will end up staying, whether they produce or not.”

“Advisors definitely prefer branch managers who’ve been in production because they know what we’re facing,” this rep said. “If they haven’t produced, they’re usually viewed as ‘company men’ who want to keep upper management happy. But, what producer is going to give up his book in this environment to become a manager?  We’ve all heard stories about producing managers stealing their reps’ accounts. But, as they continue to increase in number so do our chances of eventually working for one. It doesn’t mean the person is unscrupulous.”

“This is the where the industry is headed,” Herman concurs. “As recruiters, we love producing managers. They’re very easy to place because they essentially pay for themselves. And, with many firms outsourcing much of their compliance duties, many managers have more time to produce.”

And, it may be the only way for many BoMs to keep their jobs, she says.

Additionally, she notes, there’s been a very perceptible shift in power from the branch manager to the producer. “Conflict with a branch manager used to be the number one reason reps would look to move. Now, it’s barely a factor. If enough good producers don’t like a manager today, the manager is more likely to be replaced.”

“It’s all as a balancing act,” says GarySwearingen,producing manager of Wells Fargo Advisors’ Charleston, Ill. branch. He began his career as an advisor there when it was a two-broker AG Edwards branch. By 2004, it was large enough for the firm to ask him to serve as its producing manager, he says.

Last year, 38-year-old Swearingen became a ‘million-dollar producer’. And, his office, which now has six reps and annual production of over $4 million, ranked first in its tier at Wells Fargo Advisors. Like Swaylik, he does not have an FA partner. And, like Swaylik, he says management is in his DNA and keeps him gratified. He’s grown the office largely by regularly sharing his ‘best practices’ with his reps, including the veterans. “We all learn from each other,” he says.

After seeing the results, his regional manager asked him to share them with 70 of the firm’s trainees as well, via monthly conference calls and weekly homework assignments.

Swearingen also stresses to his team that, as a producing manager, his clients come first, they come second and he comes third. “If someone comes in looking for a new advisor, I always suggest one of my reps. That rep may ultimately refer the person back to me, depending upon who he or she feels is the best rep for the job. But I never take walk-ins for myself.”

He holds frequent meetings to maintain a sense of synergy in the office. “My reps range in age from the 20s to the 60s—and I’m in the middle. The veterans will share their experience, while the younger reps bring everyone up to speed with technology. We really try and work as a team.”

Rather than having advisors express a sense of competition with him, Swaylik says he more frequently hears prospective clients wondering if he has sufficient time to manage their investments. “Fortunately, I’ve built a managed money business that doesn’t put an incredible amount of pressure on me from clients looking to place trades or take me away from something that I’m currently working on,” he says.

“But, yes, if you’re a manager, prospects often feel it’s because you’ve done things right,” he continues. “So, it can be an advantage. But, being a producer and a manager isn’t easy. You’re wearing a lot of hats; working very long days and weekends. It can be very rewarding—but it’s certainly not for everyone.”