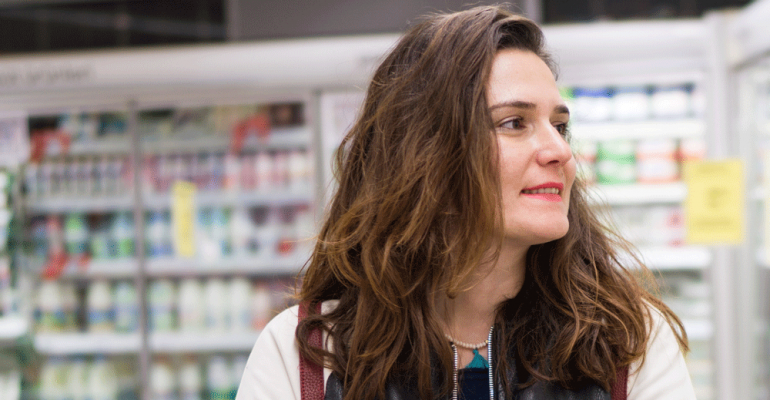 What's behind this rising trend of 30- and 40-something breakaways?

The conversation around change in the wealth management industry is one that often focuses on the evolution of the landscape—most notably shaped by events such as withdrawals from the Protocol, furloughs on recruiting and the reduction of recruiting packages. Yet widespread change is often precipitated by more than what we read about in the headlines—a response to evolving values and beliefs of the advisors. And this shift in advisor sentiment is serving as a significant driver behind the industry’s current wave of transformation.

Advisors at all levels are going through a wholesale transformation in terms of what they value most in a firm, what they believe, what they fear, and ultimately where they are moving to. But it’s within the younger advisor population that we are seeing the greatest change.

For instance, while we’ve witnessed a wave of wirehouse advisors migrating toward the independent space, what is perhaps most noteworthy is a rising trend in the age demographics of those making the move. We’re seeing more teams led by a 30- to 40-year-old advisor and multi-generational teams with a younger advisor leading the charge to independence much earlier in their careers than their predecessors.

How has the younger advisor mindset changed?

Perhaps the most significant shift in advisor sentiment is the next gen advisors’ orientation toward up-front transition money. Younger advisors used to say, “If I’m going to move, I’m going to join another traditional firm as an employee, with an aggressive recruiting deal and, since I’m young enough, I can go independent at the end of my financial obligation to the firm.” Sure, who wouldn’t want to de-risk a transition, but more advisors today are not willing to do so at the expense of ceding control and tying themselves up for another 9- to 12-years. And perhaps the biggest driver for them is finding the ideal environment for client service, growth and long-term enterprise building.

Historically, younger advisors placed a far greater emphasis on big firm brand cachet, turnkey access to resources, and built-in infrastructure. Today, we are seeing these advisors run from the major firms, opting instead to bet on themselves much earlier in their careers as they regard creating long-term value above all else.

What is motivating these younger/next gen advisors?

With a desire to identify a better culture and gain more control, freedom and flexibility at the top of their list of motivations, this group of advisors is seeking solutions that check these boxes first, knowing that another traditional firm is not likely to be needle-moving enough nor solve for these priorities. That isn’t to say that the wirehouse value proposition is wrong for younger advisors. An evolved landscape just makes it much more likely that they will find their version of perfection outside of the big brokerage houses. Regional broker-dealers like Raymond James, quasi-independent firms like Rockefeller, and the independent space are models that have been validated and tested by the top teams in the industry with platforms, technology and community that are more congruent with this generation of advisors’ definition of ideal.

Another contributor to this shifting mindset is the aging advisor population which is more likely to sign on to their firms’ retiring advisor programs. Teams are now more than ever at a real inflection point in their businesses, where an older partner is months or years away from retirement via their firm’s “retire-in-place” programs, but the next generation successors are uneasy about tying their fates to the firm for an additional 5 or more years. To be sure, most younger advisors would love to take over the business of a retiring advisor, but it’s difficult to tie one’s fate to a firm that is rapidly changing in the areas of compliance, compensation plans, restrictive covenants and overall advisor control. These folks fear their firms are trying to lock them up and claim ownership over their client base.

Why is independence often the answer?

Younger advisors especially are saying this is “our time to really take control of our careers,” and in general the “millennial mindset” values everything that independence represents. It’s a mindset that is analogous to the new generation of entrepreneurship and startups in the Silicon Valley—“unicorns” led by young visionaries who are trying to make a difference in the world. This cohort of advisors and teams are seeking greater control over shaping the client experience and want to have creativity with social media and marketing, as well as open access to cutting-edge technology.

With the commoditization of investment advice and intense competition from robos and other more cost-efficient solutions, growth-minded advisors want to create bespoke experiences for clients. Yet as employees, they are often limited in how freely they can shape the client experience.

And, perhaps most impactful are the economics: Those with longer runways will unequivocally reap greater financial rewards in the independent space. For instance, net payouts for an independent business owner in the 60 to 70% of revenue range very quickly narrow the delta between an up-front recruiting package offered from a traditional firm and lesser deals in the independent space. And the opportunity to build long-term enterprise value and shape a legacy for generations to come is quite compelling to this group.

With so much consolidation across the independent wealth space, next gen-led firms with differentiated value propositions stand to have many more swings at the plate for acquisition deals – as both buyers and sellers – and can retain more operating leverage than competing succession deals for an employee at a brokerage firm.

The reality is that there is a combination of forces at play: An across-the-board change in advisor sentiment coupled with a new generation of advisors who lack preconceived notions of a wealth management industry that once was. These younger advisors come to the table ready to forge their own way through the landscape—and opportunities in the industry will continue to grow and evolve to accommodate them.