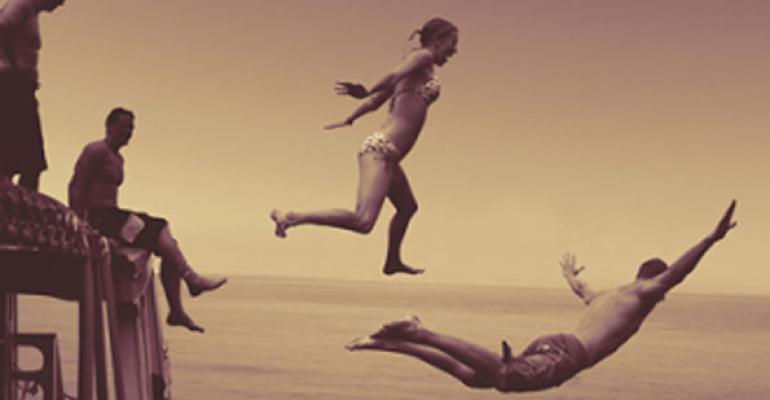 How To Identify Advisors About to Jump

A looming advisor shortage and a limited pool of prospects means retaining advisors is the top job for many managers. Here's how to spot, and keep, talent on the brink of jumping ship.

A looming advisor shortage mixed with a limited pool of prospects means retaining top advisors is the top job for many branch managers.

And it is all the more difficult when so many are being wooed by other firms.

Workplace consultancy Rainmaker Thinking recently surveyed 41,000 professionals (6,000 of them from the financial services industry) and found that 46 percent felt “stuck” in their current job, and had for at least the past year. Twenty-five percent said they have felt that way for over three years.

Rainmaker Thinking chief executive Bruce Tulgan says that financial advisors involved in the survey were most likely to see their earnings negatively affected during the recession, which contributed to higher levels of dissatisfaction and a “questioning of the career path.”

That includes older advisors who took hits to their earnings and delayed their own retirement timeline and succession plans.

Overall, Tulgan says, “the pent-up departure demand among advisors trends highest among the oldest, and the youngest, employees.”

According to Tulgan, pent-up departure demand among employees was highest among those who fit at least two of the following risk factors:

More obviously, of course, many also felt they are not getting paid enough, do not have enough support from their immediate manager or are working too many hours and sometimes on “unpleasant tasks.”

For financial advisors, there are some additional factors, including pressure to cold-call during the peak years prior to the recession, which resulted in little pay off, Turgan says. “There was also less room for managers to provide extra help,” he says. “So today the lingering financial advisor dissatisfaction has a lot more to do with delayed career paths and financial rewards.”

“Generous retention packages and strong deferred compensation plans have been incredibly effective in keeping advisors in their seats. However, as these golden handcuffs move closer to being forgiven or vesting in the coming months, advisors themselves expect to see significant movement among their peers,” says Barbara Herman, a recruiter with Diamond Consultants.

Here are some suggestions from Tulgan and Herman for office managers to stop the advisor exodus.

Don’t be afraid to give some employees preferential treatment: Tulgan recounts a client telling him about a superstar employee who wanted to work just three days a week in the office, at home on Thursday and not at all on Friday. She had fantastic skills and was a top performer, he says.

“The client knew she could do a lot more in four days a week than most good people could in five. But he was afraid of upsetting his other employees. So he let her leave and says he paid for it for a long time. This woman knew how valuable she was, and what she could realistically ask for. If given another chance, he said he’d make her an elite employee with a sweetheart deal in a heartbeat.”

“It’s imperative to keep your top producers happy,” Herman says. “Advisors value flexibility and control over how they run their businesses. Many enjoy the freedom to work remotely at least part of the time. Advisors these days are thinking about how they want to live their best professional lives, and they have many quality options from which to choose. It’s wise to treat quality advisors as business owners first, rather than just employees.”

Don’t neglect top performers:Too often top advisors are least likely to have contact with their managers, because the managers were spending more time with low performers.

“Superstars often want to be left alone,” says Herman. “Until they need help from you or the firm. If they feel you aren’t there for them, or for their team, they may look elsewhere,” she says.

Don’t underestimate the importance of non-financial rewards: According to Tulgan, the five non-financial factors that influence an employee relationship are, in order of importance: Schedule, location, responsibilities, co-workers and on-the-job learning (or lack thereof.)

“While there are limitations to what can be offered, managers need to listen carefully when advisors make requests. I know a multi-million-dollar team that left when their firm denied them a $150 piece of office furniture. It was the last in a string of small disappointments, but it was the straw that broke the camel’s back. That’s often how advisors end up leaving. Their new firm couldn’t have been happier—or more flexible with such seemingly minor requests.”

Create mentors: Every star financial advisor should be training and developing his potential replacements systematically, Tulgan says. “If your superstars don’t have their own direct-reports, what is your succession plan for them? Protect your investment in your best advisors by encouraging them to transfer their knowledge.”

Herman notes that this may be most effective with advisors nearing retirement. “If a top-notch advisor changes firms, he’s typically going to take his protégés with him. But, if the advisor is participating in his firm’s retirement plan and has identified successors, you’re much more likely to retain the team and the business.”