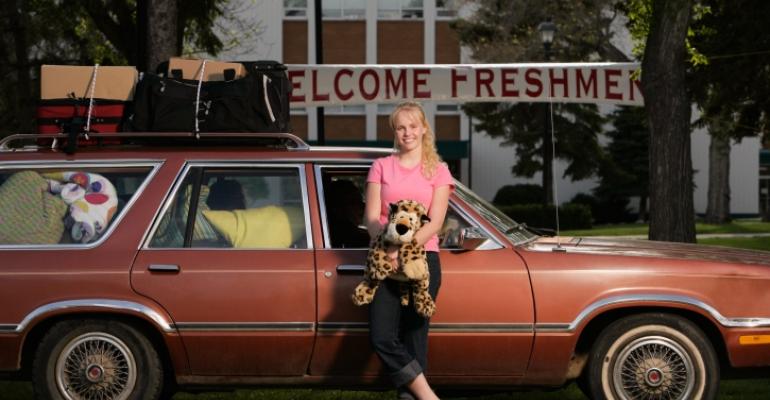 Can Training Programs be Saved?

Financial advisor training programs have dismal results. Firms invest an estimated $300,000 per recruit in a four-year training program, yet fewer than 20 percent of the new hires survive into the second or third year. The brunt of the failure can often land on branch office managers who are under pressure to find new talent to replace their rapidly aging advisors.

Of course, branch office managers themselves are sometimes to blame, focusing less on grooming younger talent in pursuit of landing bigger fish. “The recruiting metrics to which BoMs are held are simply too ‘short-term’ to get them to focus much on these new hires. It’s far easier to boost AUM and GDC in the short term by recruiting a $100M team from another firm,” says Scott Smith, Director at Cerulli Associates.

To reverse the trend, many broker-dealers have gone back to the drawing board when it comes to finding and training new recruits. Some have stopped waiting for new recruits to come to them. Instead they are reaching out to undergraduate and graduate students at colleges and universities, offering them special curricula, internships and expedited on-boarding processes that ultimately may lead to full-time positions at their firms. Some B/D execs say these efforts could lead to long-term success rates from 40 to 60 percent, far higher than current training programs. Other industry observers aren’t so sure.

Finding the bodies is not the problem. B/Ds are enticing college students and recent grads with competitive starting salaries and excellent income potential. “Trainees just out of college may get a salary of $40,000 to $60,000 for the first year or two,” says Rick Peterson, who heads Houston-based recruiting firm Rick Peterson + Assoc. “After that, they’re compensated much more on individual performance.”

But, unless they are privy to a substantial book of business, this is where they can run into problems, he says.

“We’ve found the age of a broker trainee to be a pretty important factor in whether he ultimately succeeds,” explains Andre Cappon, head of The CBM Group, a research and consulting firm. “Trainees who are ‘too young’ typically lack the credibility, and the social network, needed to build a successful business. You generally need at least 100 well-heeled connections to make a go, and most recent college grads simply don’t have that.”

Cappon feels young trainees stand the best chance of survival if they work as sales assistant or junior reps for a few years while they really learn the business.

“The ideal age to begin a career as an FA is probably somewhere between 28 and 40,” he continues. “You don’t want someone too old either, because it typically takes four to five years to build a business, and they may not have the patience to make it through.”

“Remember, broker-dealers have not been training newcomers in a serious way in a long time,” says Peterson. Instead they’ve been actively consolidating, and weeding out their lower producers. “Firms’ target clients with $500,000 to $1 million to invest. These people aren’t usually in their twenties. Since clients tend to gravitate toward brokers within their generation, the ideal trainee would not be someone just out of school, but rather someone a little older with experience in a related field.”

Cappon says strategically pairing a solid young trainee with a high level producer cancreate a lot of added value for both parties. “Tenured advisors sometimes need to be reminded that their most productive efforts are spent in front of clients, not in the office. Adding a new member to the team can help get the advisor back on track with client contacts, while the junior advisor learns by doing.”

However, a wirehouse complex director in the northeast who requested anonymity says “while having established brokers mentor young trainees is a great idea, in actuality, it’s not happening as often as we’d like. I’d say at least a third of my top producers don’t want to change the way they’re doing things. Even the technically savvy of the younger generation doesn’t appeal to them that much—because most of their clients or desired prospects aren’t on Facebook or Twitter. A number of brokers who’ve acknowledged that younger partners could probably help them leverage their time don’t necessarily get around to actually taking them on.”

So ironically, many trainees even brought in under the best of intentions are tacitly told by older advisors to build their book the old fashioned way – cold calls. But dedicated cold calling isn’t the route to success that it may once have been.

Cold Calling Ain’t What It Used To Be

“In the old days, trainees could cold call with some success,” says a long-time regional BoM in the south. “You used to be able buy lists of solid prospects. But now most don’t want to be solicited; they’ve put themselves on ‘Do Not Call’ lists. I think fewer investors feel they need full-service financial planning. Many are most concerned with high B/D fees—and prefer doing business with on-liners like Ameritrade and Schwab to save money.”

A legacy wirehouse BoM in the Midwest points out another problem:  “In the past, I could give new reps books and accounts which were abandoned by other brokers. Now, most of these go directly to service and call centers, so the firms can keep 100% of the profits. This is very prohibitive to the success of new trainees.”

“Despite all of the mentoring and on-boarding and these programs are trying to offer, I still don’t thing most young trainees are going to stick,” said another wirehouse BoM in California. “This is a tough business to succeed in, particularly now. There is a lot to learn, and many people simply don’t have the patience to pay their dues. And, while recent grads are the least expensive to hire, I think folks embarking on a second career end up being a lot more successful.”

“The huge retention deals top FAs have gotten in recent years are starting to expire,” the BoM continued. “And while none of us, or our firms, like bidding wars, recruiting established advisors, even at high recruiting costs, is still far more effective than the costs and low results of training newbies.” As for the problem of aging advisors creating an advisor shortage, he says, “I think most firms are trying to push that issue into the future.”

“The training programs aren’t the problem nearly as much as the difficulty of this industry,” said a wirehouse BoM in New York. “There is less money and fewer clients all around. This industry has suffered a tremendous blow. Independent firms and on-line retailers are benefiting greatly from the huge black eye the rest of us have gotten. I don’t know what the answer is. But frankly, I think pinning too much hope on these updated training programs is kind of like rearranging deck chairs on the Titanic.”