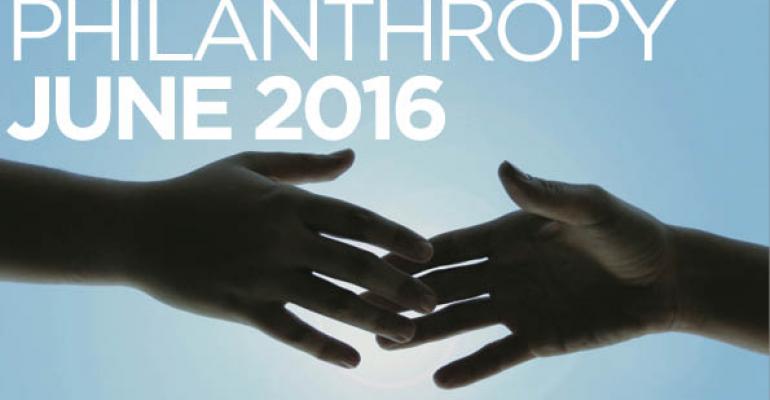 In my last column, “Beginning With The End in Mind: Clearing Barriers to a Successful Business Succession Plan,” which appeared in the April 2016 issue (p. 9), I examined the planning challenges of gifting S corporation stock to improve retirement income as part of a multi-step business succession plan. Outright or split-interest gifts, such as charitable remainder trusts (CRTs) or charitable gift annuities (CGAs) of C corporation stock, provide the fewest complications.

Let’s detail the complications for both the donor and charity in receiving S corporation stock for the funding of a CGA, as well as quantify the financial and tax impact. Then, we’ll contrast the viability and attractiveness of an asset gift from the S corporation rather than the donor. A recent change to the Internal Revenue Code made permanent the removal of a hurdle to these gifts.

For example, Edgar and Erin, husband and wife (ages 68 and 65 respectively) would typically receive a payout rate of 4.3 percent from a charity adhering to the recommended rates of the American Council on Gift Annuities (ACGA). They would like to gift enough of their shares in Everprotecto, Inc. to reduce their percentage ownership interest from 80 percent (800 of 1,000 shares) to 70 percent, with the net result of annuitizing part of their appreciated stock, and remain in control. The basis of each share is 10 percent of its value.

Their gift of 333 shares to charity represents a third of the outstanding shares. After the gift, they’ll own 467 of the 667 shares outstanding. Each child (Elizabeth and Eileen) will own 100 of the 667 shares or 15 percent. However, valuing the gift isn’t as simple as taking a third of Everprotecto’s recently appraised value of $25 million. Their gift needs to be discounted for its lack of marketability and lack of control. Let’s use discounts of 20 percent and 20 percent, respectively, for a valued gift of approximately $5 million. Additionally, the charity likely will insist on a payout rate of less than 4.3 percent to reflect the unrelated business income taxes (UBIT) it will be paying on its distributive share and any realized gains.1 Let’s assume the charity is willing to pay a nominal rate of 4 percent or $200,000.2

Note that Edgar and Erin in effect lose the right to income on principal of $3.33 million while receiving $15,000 less than they would if the recommended rate had been paid. Part of the reduction is recoverable by Edgar and Erin because their charitable deduction will be approximately $250,000 more because of the lower payout rate.3 Assuming a marginal bracket of 39.6 percent, they’ll recoup nearly $100,000 in income tax savings.

The charity actually benefits at the time of its sale of Everprotecto stock. Assuming the corporation or other shareholders (Elizabeth and Eileen) are willing to purchase, the donee’s gain is the difference between the sales price of $5 million and the sum of the basis ($500,000), plus the present value of the future annuity obligation owed to Edgar and Erin ($3.45 million), taxed at the likely UBIT rate of 34 percent. By contrast, had the donee received the stock outright, it would have owed an additional $1.17 million (34 percent times gain of $3.45 million). This result is worse than it would have been if the donors had sold the stock.4 Edgar and Erin would prefer to maximize the rate being paid, as well as annuitize the full value of any contribution, rather than use a smaller base, which reflects the discounts for the lack of marketability and control. They’re open to options that will achieve their goal of reducing transfer taxes and improving their income.

A Better Way of Funding CGAs

A gift of corporate property by Everprotecto would be more beneficial for the funding of a CGA than S corporation stock. There would be no need to discount for the lack of marketability or a minority interest. The full fair market value (FMV) of the contributed asset would be deductible subject to federal income tax limitations and would be available for the base amount for the determination of the annuity payment. Because the charity wouldn’t have its interest diminished by taxes on UBI for its distributive share or any sales proceeds, it wouldn’t need to seek a payout rate less than the ACGA’s recommended rate. Furthermore, the Protecting Americans from Tax Hikes Act of 2015 (PATH) made permanent the extension of basis adjustment to stock of S corporations making charitable contributions of property.5

Perhaps Everprotecto has appreciated realty that could be gifted. Edgar and Erin’s children could purchase the real estate from the charity, if desired. But, there must not be a pre-arranged sale. Of course, appreciated securities or cash could also be gifted. If Everprotecto had a history as a C corporation, this strategy is even more attractive because the built-in gains tax under IRC Section 1374 wouldn’t be imposed. The basis reduction to the shares of Edgar and Erin will be its portion of the adjusted basis of the contributed asset, not its FMV. In 2015, prior to the passage of PATH, the basis would have been reduced by the full FMV of the gift, making a charitable deduction more difficult. By minimizing the reduction of the donor’s basis, it’s also more likely that the donor will have sufficient basis to benefit from any net operating loss from the business.

CRTs. Although a CRT can’t be a shareholder in an S corporation, the S corporation can fund a CRT with an asset, according to Private Letter Ruling 9430043 (May 6, 1994). In that case, the trust paid income to the corporation for a permissible fixed term. The charitable deductions would flow through the shareholders. For the CRT to be qualified, its duration must be limited to a fixed term no more than 20 years. If the duration of the CRT were a combination of a fixed term to the corporation and the measuring lives of Edgar and Erin, it would fail to qualify under the reasoning of PLR 200203034 (Jan. 18, 2002), which categorized the arrangement as not qualifying as a trust from its inception. While 20 years is less than the approximately 24-year joint life expectancy of Edgar and Erin, it might well be satisfactorily close enough for them, assuming their willingness to bear the longevity risk.

While the UBIT rules may at first glance discourage consideration of gifts of S corporation stock, careful planning can solve most problems, thereby facilitating both charitable and business succession planning for the savvy business owner. If absolute assurance of a lifetime income is needed, then a CGA will be a better option than a CRT. If the donor seeks the superior design flexibility of a CRT, then a 20-year limit on income may be a cost worth incurring.

2. In effect, the charity is paying a rate of $200,000 divided by the after-tax proceeds of $4,641,443 or 4.3 percent. The charity might well ask for a payout much less than 4 percent because its gain will be taxed as unrelated business income.