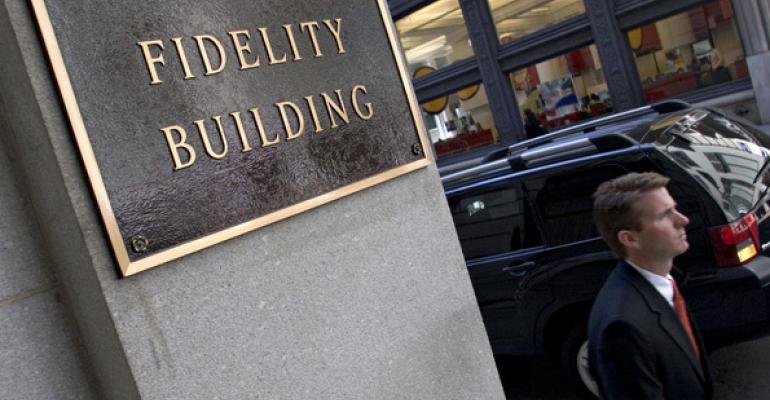 Who Controls the Assets in a Donor-Advised Fund?

The Fairbairns claimed Fidelity induced their donation to its donor-advised fund (DAF) with false promises to employ state-of-the-art techniques of share liquidation and not trade more than 10% of the gifted stock (Energous] as well as to defer trading until the year after contribution. None of these promises had, in fact, been written. Fidelity’s stated written policy was to liquidate gift assets at the earliest possible date. That policy was in contrast to a competitor’s, which permitted the donors to specify the timing and rate at which donated securities were to be liquidated.

The court determined that the Fairbairns’ claims weren’t barred under the doctrine of tax estoppel, as asserted by Fidelity. That doctrine prevents a party to a litigation from making factual assertions contrary to a position taken on an income tax return. Fidelity argued that the Fairbairns’ claiming of a charitable income tax deduction on the 2017 return estopped them from directing the timing of and the amount of the gifted shares to be liquidated. Fidelity argued that the Fairbairns’ claim of misrepresentation would mean it didn’t have the exclusive control over the gifted asset as required under Internal Revenue Code Section 4966. The court rejected Fidelity’s argument, characterizing the Fairbairns’ instructions as conditions issued prior to the time of the donation and not subsequent to the donation. The court further noted the legislative history accompanying the codification of the DAF under IRC Section 4966 doesn’t distinguish between a legally enforceable promise made at time of contribution and one made subsequent after the donation. Nor did a 2011 Treasury report to Congress on DAFs. The court saw the Fairbairns’ claiming of the deduction as not clearly inconsistent with their assertion of the promises made by Fidelity. The court noted that the statute of limitations was open on their 2017 return for the Internal Revenue Service to assess additional tax should Fidelity prevail at trial with their argument that any legally enforceable promise about the gifted shares disqualified the charitable income tax deduction.

The court ruled against Fidelity’s assertion that the Fairbairns brought unclean hands to their request for relief. Fidelity argued that Emily behaved inequitably because at the time of her contribution, she knew information about the imminent step-down of one of the key executives in the corporation. Fidelity argued this knowledge impermissibly shifted the risk of a stock decline to it. The court didn’t agree that Emily had insider knowledge of the actual department of the key executive. The court further opined that even if the recalling of the shares was illegal, Fidelity failed to show how it was harmed.

Section 4966 (d)(2)(A)(iii) explicitly acknowledges the right of a donor to have an expectation of advisory privileges to the distribution and investments made by the DAF. That is, a donor may have a right of advising when the assets may be sold and at what price.

The danger to the donor of a lost or diminished income tax deduction arises when the right of advisement becomes interpreted as a legal right of direction able to be legally enforced. While that argument of Fidelity was dismissed during its hearing on its motion for summary judgment, the court’s order doesn’t preclude it from being raised at trial. The risk to the Fairbairns is winning the argument of enforceable promises that a court interprets as preventing Fidelity from ever having dominion and control. While that may not be a likely or even a correct result, it would be a Pyrrhic victory for the Fairbairns.

Were the issue of enforceability of Fidelity’s promises to be raised at trial, the Fairbairns should be arguing that their rights of recommendation on investments, including the timing and amount of liquidation, are within the literal language and spirit of Section 4966. Because the gifted shares represented 10% of the company, they were understandably concerned about artificially lowering the stock price by flooding the market during the final trading days of 2017. Asking Fidelity to hold the shares through the end of the year to avoid trading on some of the lightest trading days of the year would preserve as much value of the stock for charity as possible.

Whatever the ultimate decision in Fairbairn v. Fidelity, prudently run DAFs are scrutinizing their forms as well as the operations manual. No DAF wants to be in the position of denying that its practices ceded dominion and control of gifted assets. Nor do any DAFs want their practices being construed as creating restrictions impacting the value of what a willing buyer would buy for the gifted asset.

As long as a donor is comfortable with the ability to suggest but not require when contributed assets are sold or at what price, there should be no issue about control transferring to the DAF. The IRC in fact authorizes such recommendations. But Fairbairn v. Fidelity illustrates the risk of recommendations being ignored.

Christopher P. Woehrle is professor and chair, Department of Tax and Estate Planning, College for Financial Planning, a Kaplan company.