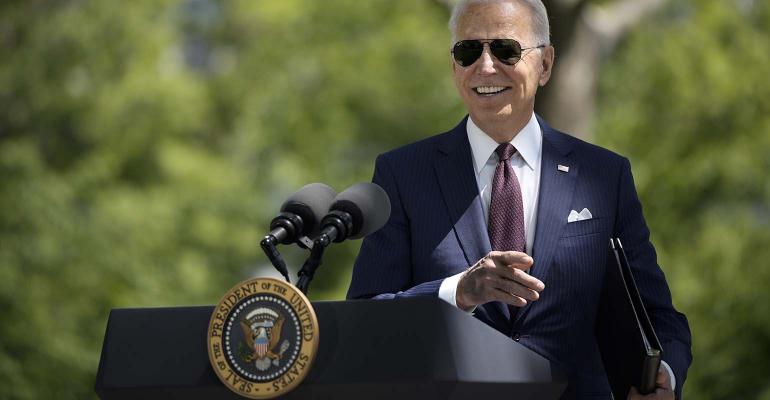 Last week, President Joe Biden released his budget request for the 2023 fiscal year, outlining his tax and spending agenda for the year ahead. Accompanying the budget proposal was the Treasury Department’s Green Book, which puts some meat on the bones of the tax provisions included in the request. This year, there are several proposals that could impact donors and their charitable giving.

Under current law, private foundations (PFs) are required to pay out at least 5% of their assets each year to public charities in exchange for their tax-exempt status and preferential treatment. There are some exceptions, like a set aside rule for longer-term projects, but in general we see PFs consistently meeting this payout requirement or exceeding it.

Sometimes, PFs make grants to donor-advised funds (DAFs) to collaborate with other funders, use a community foundation’s knowledge of local grantees, or even to protect the PF and its staff when giving to controversial causes. And right now, those grants to DAFs count toward that 5% payout because all DAF-sponsoring organizations are considered public charities.

A provision in the president’s budget request would significantly limit PFs' ability to use DAFs and still meet their payout requirement. If enacted, it would allow PFs to count DAF grants toward their 5% payout only if they grant the money out from the DAF by the end of the following tax year and keep a clear record of the transaction.

Unfortunately, this could lead to changes in grantmaking that aren’t all positive. If PFs are discouraged from using DAFs, we could see less collaboration, less informed grantmaking and hastier projects. While it’s absolutely necessary to ensure PF assets meet the payout requirements, it would be prudent of the White House and lawmakers to ensure there aren’t unintended consequences for certain types of projects if this change were to advance.

Unsurprisingly, Biden’s budget request included a number of changes that would increase taxes on wealthy taxpayers and, consequently, how much money they have to give to charity and the cost of that charitable gift:

All of these changes stand to impact the amount, the timing and the types of charities wealthy donors will give to.

On the other hand, higher taxes mean donors have less money in their pocket to give, which makes charitable-giving incentives and flexibility of giving vehicles even more important to encourage more giving. We know, of course, that donors give because they’re generous, but how much, when and to which organizations will they give.

Biden’s budget request is simply a tool to outline his tax and spending priorities for the year, and it would take a lot of work to get one, let alone several, of these provisions enacted into law. Key moderate lawmakers, like Sen. Joe Manchin (D-WVa.), have already thrown cold water on the proposal to tax unrealized capital gains, so there isn’t much hope for this to move in the upper chamber. This budget does signal, however, what the president and the Democratic Party might focus on in the next year. And with the election coming up, lawmakers will be looking to advance proposals to show their voters they can get things done in Washington. Let’s hope those that could reduce charitable giving remain out of reach.