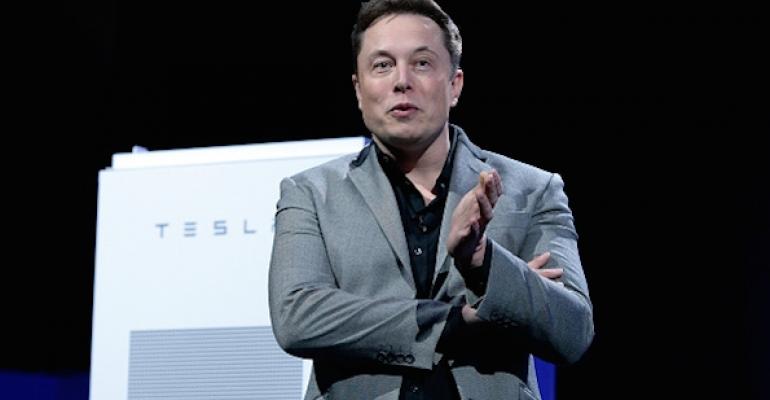 Some of the biggest US foundations held concentrated positions that have plunged even more than the stock market, at a time when nonprofits are concerned giving will slow.

(Bloomberg) -- When Elon Musk transferred $5.7 billion of Tesla shares into his personal foundation at the end of 2021, he reduced a massive tax bill while also giving himself philanthropic firepower — in the form of a $9.4 billion endowment — that only a handful of billionaires possess.

The often-boisterous owner of Twitter has shed little insight into his giving since then. But one thing seems clear: With Tesla Inc. stock tumbling more than 57% this year, enough to drop Musk from his spot as the world’s richest person, his foundation is likely to shrink drastically in size and influence in 2023.

He’s hardly alone. The steepest stock market decline since 2008 has erased billions of dollars earmarked for charity, most notably in Silicon Valley. Newly available filings requested and compiled by Bloomberg News show foundations set up by several of the top 20 richest Americans, including Mark Zuckerberg and the co-founders of Google, Larry Page and Sergey Brin, entered 2022 with concentrated stakes in their own tech companies, which bore the brunt of this year’s losses.

By making big bets on a single stock, a half dozen super-wealthy Americans may have inadvertently erased as much as $10 billion in charitable money this year, a Bloomberg analysis finds. And that’s just a fraction of the losses racked up across thousands of foundation portfolios, a key reason why US nonprofits — already struggling to deal with higher costs and greater needs for services — may be in for a rude surprise when they finish 2022’s crucial end-of-year fundraising season.

Related: Don’t Hesitate to Bring Up Charitable Giving in This Market

To some, it portends an abrupt halt to the noticeable uptick in generosity since the start of the pandemic, which coincided with an unprecedented surge in asset prices.

A decline in grantmaking would add fuel to a debate raging in Washington over whether the US is getting its money’s worth from the more than $50 billion devoted yearly to charitable tax incentives. The Biden administration and lawmakers including Iowa Republican Senator Chuck Grassley have proposed reforms to plug loopholes and speed up the flow of tax-deductible money to working charities.

“To the extent the philanthropic sector loses billions in charitable assets because of the vanity and over-confidence of foundation founders, it highlights the reasons foundations are regulated more strictly than public charities,” said Roger Colinvaux, a law professor at Catholic University of America in Washington. He said Congress should consider hearings on whether those rules “are sufficient to protect charitable assets against the whims of founders.”

It took years for giving to recover after the 2008 financial crisis. Since then, as inequality has risen, charities find themselves ever more dependent on the wealthy donors likely to pull back grantmaking when markets swoon.

There are signs this time might not be so severe. For one, the US job market has remained resilient in the face of monetary tightening from the Federal Reserve — November’s unemployment rate was 3.7%, compared with as high as 10% in 2009.

Another bright spot: The richest American families nearly doubled their gifts to family foundations from 2019 to 2021, according to a Bloomberg analysis of 20 such organizations holding more than $135 billion. Once assets enter these vehicles and donors get tax breaks, however, money can be slow to flow to working charities, with foundations generally required to spend 5% of their assets every year on grantmaking or charitable activities.

For the large family foundations analyzed by Bloomberg, assets soared 42% in two years, driven by donor gifts and investment gains. Actual grants to nonprofits grew more slowly in those years, by 24%.

Charities are worried about money, with direct-service nonprofits facing both funding declines and increased demands, along with inflation and a competitive job market, said Nonoko Sato, executive director of the Minnesota Council of Nonprofits.

Most worrisome in the current moment, though, is that ultimate payouts are determined in no small part by how assets are invested.

Nvidia Corp. co-founder Jensen Huang, for example, put 99.9% of his foundation in shares of the chipmaker, one of the hottest stocks of the pandemic. That strategy inflated his charitable assets to $1.9 billion by the end of 2021, from less than $400 million two years earlier. Since then, Nvidia stock has dropped more than 40%, twice as much as the S&P 500 Index.

Billionaires with links to Google holding company Alphabet Inc. controlled at at least $16 billion in charitable assets at the end of last year, filings show. The tech giant’s shares are down about 38% in 2022.

The foundations of Huang, Page, Brin, Schmidt and Musk didn’t reply to requests for comment on their investing strategies. The director of Wojcicki’s foundation, Chevenee Reavis, declined to comment on its assets, but said it was on track to boost grantmaking in 2022 from the prior year.

Of course, it’s possible the foundations diversified their holdings since their last report to the Internal Revenue Service.

For example, the foundation set up by Meta Platforms Inc. CEO Zuckerberg and his wife, Priscilla Chan, reduced its stake in the company last year, when it reached a record high. Filings show the Chan Zuckerberg Initiative Foundation cut its number of Meta shares by more than half in 2021, bringing its stake to less than an eighth of its $7.1 billion, down from almost a quarter in 2020.

The stock has tumbled more than 60% year-to-date, sending Zuckerberg plunging on the Bloomberg Billionaires Index of the world’s richest people. He’s 25th globally, after ranking as high as No. 3 in 2020.

As for Musk, filings by his Texas-based foundation and a California-based predecessor don’t specify their exact stakes in Tesla, but show $9 billion in “corporate stock” at the end of last year. Even before his $5.7 billion transfer in November 2021, the foundations’ transactions imply a large stake in his electric car-maker, which soared in value and helped catapult his charitable assets 14-fold in the 18 months from mid-2019 to the end of 2020.

Professional managers of foundations typically insist on diversifying assets, and the IRS can, in theory, impose a penalty on those with “investments that show a lack of reasonable business care and prudence.” But the rule is typically enforced only against organizations engaged in even riskier practices, such as trading on margin and selling short.

Indeed, certain wealthy people have placed big bets on the companies that made them rich for decades without the IRS objecting. Robert Woodruff, the longtime president of Coca-Cola Co., died in 1985, but his foundation still had nearly three-quarters of its $4.1 billion in the beverage maker’s stock at the end of last year. While shares have lagged the S&P 500 for years, they’re up in 2022.

History suggests declining markets usually translate into less money for charity overall. After the financial crisis, Giving USA data show total donations took five years to get back to the 2007 peak. Giving from foundations recovered more quickly, as stocks bounced back from their early 2009 lows, but still took three years to recover.

Despite a relative decline in giving from middle-class Americans, overall charitable donations as a share of the economy have stayed consistent for decades. One reason is powerful tax incentives granted to the rich, especially those who want to avoid levies on investment gains.

“One of the most effective and common ways to do charitable gifts for the wealthy is to donate appreciated assets,” Wilmington Trust chief wealth strategist Alvina Lo said, because doing so generates “double tax benefits.” Donors get a deduction that can offset other income, while also avoiding capital gains taxes.

These days, however, there aren’t nearly as many winning investments to give away.

“While some clients are still giving cash, many have taken a pause,” she said.

--With assistance from Sophie Alexander, Laura Davison and Noah Buhayar.