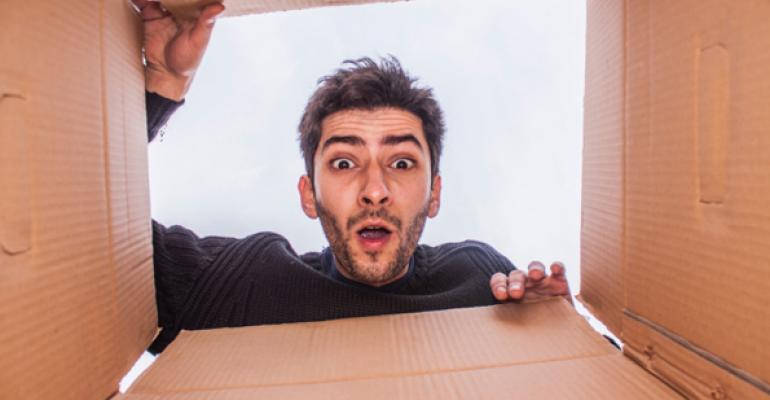 Tax Reform May Harbor Some Surprises for Non-Profit Boards

What we know and don’t know so far.

As Congress prepares to “pivot” from health care to tax reform, non-profit boards and their advisors should brace themselves to answer some tough questions.  How will tax reform affect my organization?  What are our risks?  How should we prepare for them?

These aren’t idle concerns.  Directors have a fiduciary duty of care to manage non-profit organizations “prudently,” which means taking into account and responding to reasonably foreseeable risks.  Tax reform has been a blip on the radar for many years, and for most organizations, hasn’t been a material concern.  All of that has changed now.

There are three ways that tax reform is likely to affect non-profit organizations, and none of them is favorable.  To paraphrase Donald Rumsfeld, there are the known knowns, the known unknowns and the unknown unknowns.

First, the knowns. The basic notion of tax reform is to “close loopholes” and spend the money raised by that exercise on lowering tax rates, doubling the standard deduction and eliminating the estate tax.  Reducing tax rates directly reduces the tax incentive effect of the charitable contribution deduction, resulting in fewer contributions to charitable organizations.

And eliminating the estate tax obviously reduces the incentive to give charitable bequests because there would no longer be any estate tax liability to offset.  In other words, charities will be adversely affected by tax cuts—the part of tax reform that everyone likes!  And we haven’t even gotten to “closing the loopholes” yet.

Second, the known unknowns.  Tax writers have been cagey about what they mean when they say “close the loopholes,” and we won’t know for sure what the loopholes are until we see the legislative text of the tax reform bill.  This is because one taxpayer’s loophole is another taxpayer’s business model, and folks tend to fight pretty hard to protect their livelihoods once they know they’re under attack.

Prior tax reform efforts, particularly the Tax Reform Act of 2014, have also given a roadmap of loopholes that Congress may try to eliminate in tax reform.  These include: limiting the deduction for gifts of property to basis rather than fair market value; eliminating tax-exempt bond financing; preventing the losses from one unrelated trade or business to be used to offset the income from another unrelated trade or business; taxing royalties from the licensing of an organization’s name or logo; taxing corporate sponsorship payments; requiring donor advised funds to pay out 100 percent of amounts contributed within five years of receipt; eliminating Type II and Type III supporting organizations; and a host of other proposals.  These proposals, if included in tax reform, would likely have an adverse effect on every charitable organization.

Another major policy proposal under consideration goes by the name “corporate integration.”  This is a way of achieving corporate tax reform without reducing tax rates, a nifty trick that’s popular among some policymakers in the Senate.  The leading proposal in this regard would convert the corporate tax into a 35 percent withholding tax on dividends and interest paid to shareholders and bondholders, allowing the corporation to deduct those amounts and effectively zero out its net income.  The shareholders and bondholders would be entitled to claim a refund for any amounts overwithheld on their dividends and interest (for example, if the shareholder or bondholder’s tax rate is less than 35 percent); however, tax-exempt organizations would be ineligible for the refund.  As a result, tax exempts would face a massive tax increase on their investments in U.S. corporate stocks and bonds.

Third, the unkown unknowns.  There may well be other proposals whispered in the halls of Congress and the Treasury Department, and they may well affect non-profit organizations.  Tax reform only works if “the juice is worth the squeeze”—that is, the tax cuts have to be big enough to overcome the objections of those whose taxes will be raised.  The leading proposal to raise revenue is the $1 trillion border adjustment tax (BAT), which is a consumption tax imposed on companies that import goods from abroad and sell them in the United States.  Opponents to the BAT, including retailers, are raising quite a fuss, and they seem to have the ear of Congress.  Without the “squeeze” of the BAT, there may not be enough “juice” to make tax reform viable.  This may lead to more creative revenue raiser ideas, so stay tuned.

Unfortunately for nonprofits, none of the tax reform proposals to date promise any juice, but they all put on one hell of a squeeze.  Directors of nonprofits should take this seriously and put together a risk assessment for how their organization is likely to fare under tax reform, and what actions to take now to prepare for it.  Or go one step further and consider obtaining professional advice to assist with the risk assessment.

The White House is telling business groups and others that it, along with the House and Senate, is readying a detailed draft to be shared publicly in September.  The White House doesn’t want to take any chances that a House draft will be torpedoed by the Senate or vice versa.  This is significant.  Getting everyone on the same page will necessarily take longer, but that means that once the combined product is complete, it can move quickly.  The White House is intent on signing a tax reform bill by December, and this process could get them there.

So word to the wise (and ones with a fiduciary duty of care) – don’t dilly dally.