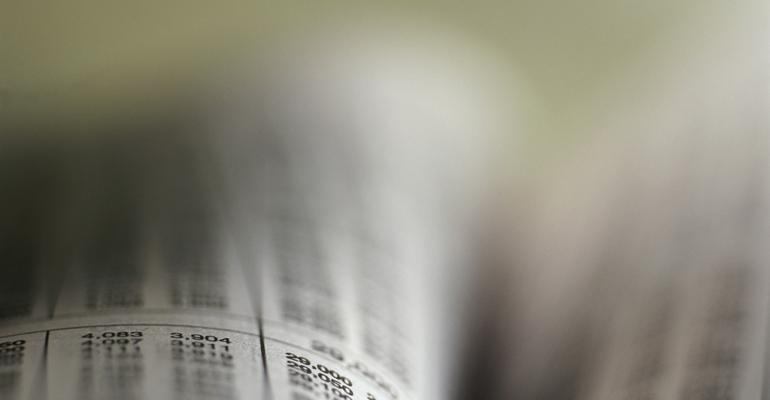 As the saying goes: “No good deed goes unpunished.” But it’s hard to complain about the punishment when the rules are explicitly stated in the Tax Code.

Simply put, trusts are liable for income tax on the income they earn. They’re also eligible to receive deductions for certain distributions they make. One such distribution, found under Internal Revenue Code Section 642(c), is for any amount paid or permanently set aside for a charitable purpose. As one taxpayer found out, however, simply paying or putting aside a portion of income for charity doesn’t mean a deduction will be permitted under this IRC section.

A testamentary trust created under the last will and testament of Harvey C. Hubbell (the will) was funded sometime in 1960 after Harvey’s death. Item IV of the will, which established the trust, required monthly annuity payments ranging from $50 to $500 to be made to various individuals for the remainder for their lifetimes. Item V of the will stated that the trust described in Item IV should terminate upon the death of the last person receiving benefits from the trust. It also provided the option for the trustee to continue the trust for no longer than 10 years after such death. It stated: “All unused income and the remainder of the principal shall be used and distributed, in such proportion as the Trustees deem best, for such purpose or purposes, to be selected by them as the time of each distribution, as will make such uses and distributions exempt from Ohio inheritance and Federal estate taxes and for no other purpose.”

For years after its funding, the trust earned income and the trustees made distributions to the listed beneficiaries. During the years the trustees made the annuity payments to the beneficiaries, they also paid or permanently set aside amounts for charitable purposes. In completing the income tax returns for the trust, the trustees always took deductions for these charitable payments. After an audit of the trust’s 2009 income tax return, a year in which the trust was paying the annuity beneficiaries and making distributions to charitable organizations, the Internal Revenue Service disallowed the charitable deduction, asserting that none of the contributions were made “pursuant to the terms of the governing instrument” as required by IRC Section 642(c)(1).

In relevant part, Section 642(c) of the IRC permits a deduction for a trust in computing its taxable income “any amount of the gross income, without limitation, which pursuant to the terms of the governing instrument is, during the taxable year, paid for a purpose specified in section 170(c) (determined without regard to section 170(c)(2)(A)).”

The Tax Court, in the recently released Summary Opinion,1 addressed the codified requirement that the contributions must be made “pursuant to” the terms of the governing instrument and worked to apply that requirement to the facts at hand.

In its Summary Opinion, the Tax Court took time to distinguish the Supreme Court case from the case before it. Both cases involved trusts created for the purpose of paying annuities to specified individuals. The trust that was evaluated by the Supreme Court, however, expressly authorized the trustees to pay charities before the death of the last annuitant, “such sums as in their judgment may be paid without jeopardizing the annuities.”

Harvey’s will, on the other hand, made no provision for the payment of any charitable contributions before the death of the last annuitant. The trustees argued that such power was available in a later section of the will. However, this later section only appeared to give the trustees the power to make charitable distributions after all annuitants had passed away.

The trustees also implored the Tax Court to find a latent ambiguity in the will, arguing that the decedent’s intent was to cause charities to be beneficiaries during the life of the annuitants. The Tax Court refused to read any intent into the will and declined to accept any argument of ambiguity, stating that for there to be a finding of a latent ambiguity, “the words of the will must have two or more meanings, they must be understood in more than one way, or they must refer to two or more things at the same time.” That wasn’t the case here, as the will stated the intent of the testator was to cause distributions to charity after the death of the last annuitant.

The Tax Could had little sympathy for the trustees. Admonishing a trustee, who was also the same individual who drafted the will, the Tax Court explained there was clear authority available at the time Harvey’s will was drafted that would have guided the scrivener to preserve the charitable deduction for income tax purposes. Since such precedent existed, there was little room to argue the testator intended the charitable contributions to be made when such language didn’t appear in the governing document.

This case should serve a reminder to all practitioners to consider not only the tax result of the trust upon termination, but to also consider what’s happening to the trust during its existence. In cases in which clients may wish to have a charity benefit from the trust, the governing document must authorize the trustee to make such charitable distributions. Failure to include such language will create a greater tax liability and irate beneficiaries.