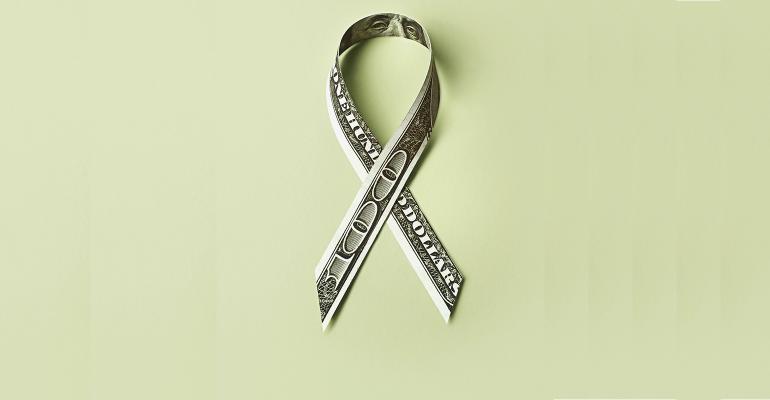 Taking on the $10 Billion Philanthropy Challenge

A year ago, deep in the throes of pandemic isolation, I became intrigued by the Dan Sullivan and Joe Polish podcast called 10X Talk. Sullivan and Polish are two legendary business coaches who help entrepreneurs achieve exponential (that is, 10X) growth in their businesses and their lives.

My practice has been growing just fine. I don’t need it to grow by anything close to 10X at this stage of my career. That would require infrastructure, employees and other messy things I just didn’t want to immerse myself in. But I’ve always been fascinated with nongimmicky ways to achieve significant breakthroughs in business and in life.

So, I started wondering how I could apply the 10X principle to my own situation. Could it work for planning giving? Could I 10X the amount I’ve already helped raise over my 30-plus-year career? Why not, indeed.

When I shared my audacious goal with WealthManagement.com readers last year, I received mostly encouraging feedback. But still, $10,000,000,000 is an awfully big number when you write it out numerically. Maybe I was biting off more than I could chew.

Tentatively, I shared the idea with a few trusted colleagues about facilitating $10 billion of new philanthropy before winding up my career—yes, $10 billion with a “B.” No small task. But, then, if it was easy, it wouldn’t be a challenge. Because I’m a lifelong entrepreneur and Chicago Bears fan (that is, a glutton for punishment), they know I don’t give up easily. Each was very enthusiastic about my audacious goal.

So, on Jan. 1, 2021, I quietly launched 10BC (Ten Billion for Charity). In the back of my mind, a little voice kept whispering: “Who are you to be so bold?” and haunted my resolve. But I got myself past those initial doubts thanks to a great support network. With their help, the 10BC idea spread. All organically. Just word of mouth. Just me telling anyone who would listen: “Yes, that’s what I’m doing.”

Here we are a year later, and I think we’re in the early stages of a movement. I became known as the “charity guy,” which helped give us some media attention and traction in the marketplace. A few advisors I know have made big “pledges” to our cause. One has promised to help raise $1 billion for charity alone, and another has promised $4 billion for his efforts.

In the past 12 months, I’ll have personally impacted over $200 million of new gifts, and I’m currently working with a potential $400 million donor. This with nothing more than the intention. A whispering campaign.

So, despite the immense challenges of the pandemic and uncertain tax landscape in 2021, I facilitated as much giving in the past 12 months as I have in the first 35 years of my career! Amazing. I’ve always been skeptical about the word “breakthrough,” but now I’m starting to believe.

I know what you’re thinking. The pandemic has been somewhat of a drag on philanthropy. The oft-cited annual reports published by Giving USA, Blackbaud and Fidelity point to very modest annual growth in charitable giving during the pandemic—at a time when so many people, organizations and causes need help. It’s certainly not 10X growth.

But my colleagues and I play in a very different sandbox. While it can take months, if not years, to put a planned giving plan together for our clients, when the paperwork is finalized and the funds are released—it tends to have a very, very big impact on the clients and causes they care about.

This is where I want to focus my efforts. Every seven-, eight – or nine-figure gift we can facilitate will have a tremendous multiplier effect.

There’s still a lot to work out. How do we keep score accurately? What counts? Who cares? All of these things will evolve. What’s important right now is to step forward and tell you about this mission. If you and your clients want to be part of the 10BC movement, you’ll find a way. If not, no big deal. Maybe my timing sucks. Maybe no one cares. But I do. I’ve got nothing to lose. If I fall short by some amount, I’ll still accomplish something. No downside. And, if I hit the number quickly, I promise, I’ll just raise the bar to some new, crazy goal—think $20 billion—and go for that.

As the late tennis icon Arthur Ashe once said, “Success is a journey, not a destination. The doing is often more important than the outcome.”

Thanks to everyone who’s come on board. The conversations are rich and deep. The expansiveness is apparent. By the way, just because clients aren’t asking you directly for help with their planned giving or legacy planning doesn’t mean they’re not interested in doing so.

The more you have those conversations about philanthropy, the more comfortable you get with the concept. Here’s the thing: We’re not asking clients to take money away from their kids. We’re just trying to get advisors and clients to understand there are smart, legal ways to divert money from taxes and wasteful government programs to charitable causes we truly care about.

Still don’t believe me? Year after year, U.S. Trust’s annual survey of high-net-worth families finds that one-third of respondents (31%) would switch to a new advisor if that new advisor talked to them willingly about philanthropy. Think about that number: 31%. That sounds like a pretty big opportunity to me.