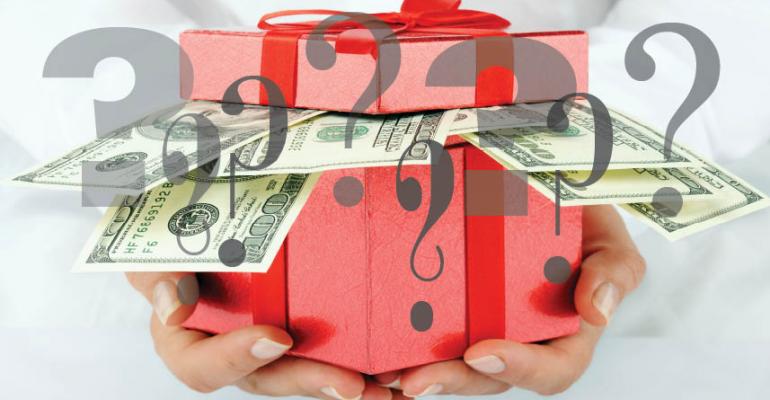 The Rules for Gifts of S Corps Must Change

A brief history of S-corps and why change could open a world of opportunities to greatly benefit both small business owners and charitable organizations.

A charitable remainder trust (CRT) provides an ideal way for business owners to help their favorite charities after receiving tax and income benefits during their lifetimes. However, currently, the only entity that an owner, partner or shareholder of a business can’t transfer to a CRT is an S corporation (S corp).

There are 7.4 million partnerships and S corps in the United States, holding a large portion of our wealth. A change in the tax law is sorely needed to allow them to be on the same playing field as other business entities and unlock the potential for billions of dollars to benefit charities, business owners, retirees, lawyers, accountants, etc. Let’s trace the beginnings of S corps to see how this situation happened and explore the options that may be available to change this law at this opportune time.

Why is the Change Needed Now?

Background of the S Corp Election

Currently, to qualify as an S corp, a corporation must:

Subchapter S was enacted in 1958 to limit the influence of tax considerations on the choice of entity used to own a business and to provide tax relief for small businesses. Prior to the enactment of Subchapter S, business entities could be sole proprietorships, partnerships or corporations, with tax considerations and commercial law considerations following the choice of entity. Corporations offered limited liability for all owners but weren’t taxed as passthroughs. Sole proprietorships and partnerships offered pass-through tax treatment but, at least for active participants in the business, offered no limited liability protection. The S corp was proposed in part to allow small businesses to have limited liability under non-tax law and to avoid corporate-level tax; to let “businesses select the form of organization desired, without the necessity of taking into account major differences in tax consequences.”

The amendments made between 1958 and 1981 modestly liberalized the rules. Notably, the shareholder limit was raised from 10 to 25, and estates of bankrupt shareholders and certain trusts became eligible shareholders.

In 1982, the Subchapter S Revision Act (SUSRA) made more substantial structural changes to the S corp regime to “simplify and modify the tax rules relating to eligibility for Subchapter S Status and the operation of Subchapter S corporations  ...  by removing eligibility restrictions that appear unnecessary and revising the rules relating to income distributions, etc., that tend to create traps for the unwary.” SUSRA is important to the narrative of Subchapter S because it went a long way toward fundamentally changing Subchapter S from the system described above to a true pass-through regime. After SUSRA, S corp shareholders included their pro rata share of S corp items on their own tax returns, and the character of all tax items passed through (unless limited by tax basis).

The Small Business Job Protection Act of 1996 also made several changes that broadened the scope of Subchapter S. S corps gained the ability to own subsidiary corporations, and a wholly-owned domestic corporate subsidiary could elect to be treated as a qualified Subchapter S subsidiary, which is an S corp that’s owned by another S corp. The 1996 legislation also increased the shareholder limit to 75 and allowed certain tax-exempt organizations and electing trusts as shareholders. For most tax-exempt investors, the trade-off was that all income from an S corp was taxed as unrelated business taxable income (UBTI).

Finally, in 2004 and 2005, the number of permitted shareholders reached 100, and rules were added and amended to treat certain members of a family as a single shareholder.

Taxing Trust on Sale of Stock

In the Tax Reform Act of 1969, Congress extended the unrelated business income tax (UBIT) to all organizations that are exempt from federal income tax under IRC Section 50l(a), except certain U.S. instrumentalities created and made tax-exempt by a specific act of Congress. As originally enacted, the UBIT had applied only to charitable, educational, religious and other organizations, other than churches, under IRC Section 50l(c)(3); labor and agricultural organizations (Section 50l(c)(5)); trade associations (Section 501(c)(6); qualified pension and profit-sharing trusts (IRC Section 401); and certain other types of tax-exempt entities. However, by 1969, Congress found that many other categories of exempt organizations, including churches, social clubs and fraternal beneficiary societies, had begun  “to engage in substantial commercial activity.” Thus, Congress concluded there was no justification to tax (for example) a university or hospital on income from an unrelated trade or business, but not to tax a church or social club on income from the same types of activities.

Based on the legislative history of both the S corp rules and the UBIT rules summarized above, the proposed changes in the law wouldn’t violate the spirit or intent of these rules. The original intent of the S corp election was to provide business owners the ability to pass through income much like a partnership with the added protection of the corporate structure. Remember, these laws came to pass before the concept of the limited liability company, which provides liability protection for individual owners of a business. The change needed to amend IRC Section 1361(c)(2)(A) would simply add “9vii) A charitable remainder trust described in Section 664.” This change would then permit a CRT to own S corp stock with1out the automatic termination of the S corp election.

The second change needed to allow the sale of contributed stock to the CRT would be to change the Section 512(e)(1) rules that apply to UBTI to read: “In general. If an organization described in section 1361(c) (2) (A) (vi), 1361(c)(6) or 1361(c)(2)(vii) holds stock in an S corporation, the rules described in Section 512(c) pertaining to partnership shall apply to the income of the S corporation.” Again, this change doesn’t alter the spirit or intent of the UBIT rules for the taxing of income earned by the entity. It only changes the ultimate tax on the sale of the entity.

These simple changes would open a world of opportunities to greatly benefit both small business owners and charitable organizations.