/sites/all/themes/penton_subtheme_wealthmanagement/images/logos/footer.png
Recent
Recent
A Boom In Texting Spurs Latest Smarsh Acquisition
May 17, 2022
11 Must Reads for the CRE Industry (May 18, 2022)
May 17, 2022
Apple Delays Plan to Have Staff in Office Three Days a Week
May 17, 2022
Will Inflation Derail the Recovery in Restaurant Dining and Leasing?
May 17, 2022
Featured
The 10 Best and 10 Worst States in Which to Retire in 2021
Jul 15, 2021
Poll: 15 Classic Books on Investing and the Markets
Apr 03, 2020
Fifteen Must-Listen Business Podcasts for Advisors
Aug 14, 2020
Celebrity Estates: Jay Leno and Planning for Classic Car Collections
Feb 22, 2022
Coronavirus
brought to you by 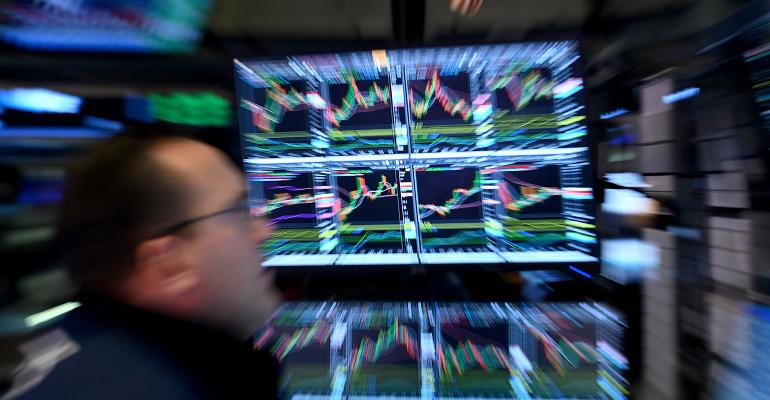 Role of Donor-Advised Funds During Bad Markets and Recessions

They can help clients continue their charitable giving.

When markets drop significantly or when businesses aren’t as profitable, the charities that wealthy families and business owners support are adversely impacted. Because many donors are passionate about the causes and nonprofit organizations they support, the last thing they want to do is to send a much smaller contribution than in previous years. Fortunately, those donors who’ve previously donated assets to a donor-advised fund (DAF) are able to continue to provide generous and consistent funding to their favorite charities, even when their investments drop in value or when their income decreases.

Some would assert that private foundations (PFs) can serve the same purpose, and generally, they’re correct. But many PFs give away only the mandatory 5% annually, so their giving would decrease when markets drop. Because donors with DAF accounts give away a much higher percentage of the value of their DAF accounts because there’s not a minimum required level of giving, they don’t feel restricted and can be more generous with their grants.

Though most people primarily donate because of their interest in a cause or charity, as a result of the Tax Cuts and Jobs Act, far fewer people currently itemize their deductions, and some smaller donors have reduced or eliminated some of their contributions. Furthermore, when donations from individuals decrease during an economic downturn, and when government and corporate support drops as well, the concern within the nonprofit community increases significantly.

Knowing that other donors may decrease their contributions during these times, some DAF donors strive to provide the same or even larger levels of support. Especially in recent years, many donors have bunched their contributions to their DAF accounts during high income earning years or in the years as they approach retirement. This trend has been accelerating as their advisors have helped them realize that they’ll be able to provide consistent levels of support during retirement when their income will be less and the tax benefits of donating may decrease.

Philanthropic clients may not reach out to their advisors during market downturns or volatility to discuss charitable giving, but they would be receptive to advisors’ ideas or suggestions about ways in which they can continue to provide their generous support. By proactively discussing charitable giving, advisors can deepen these relationships and talk about a positive subject instead of the decline in the markets or performance. This conversation helps not just the clients but also the charities that they care deeply about.

Sometimes market volatility can be the impetus for clients to open DAF accounts, as they realize that they should have listened to their advisors and opened the accounts previously. Had they done so, they would have already donated and set aside assets for charitable giving.

Clients know that organizations’ fundraising efforts become more difficult during economic challenges and when other donors may contribute less. It’s always easier for clients to make a grant through their DAF sponsor’s online giving portal and after they’ve already set aside assets in the DAF that can only be used for charitable giving. This is much easier, and more efficient, than if they had to donate by check or credit card or if they had to contact their advisor to donate stock or other assets.

As a result, clients with DAF accounts can take comfort in knowing that they will still be able to provide support for the charities that mean so much to them and do so much for the people and missions that the charities strive to help. Donors know that these organizations, especially during challenging times, depend upon their yearly donations as well as those from other donors who’ve established DAF accounts.