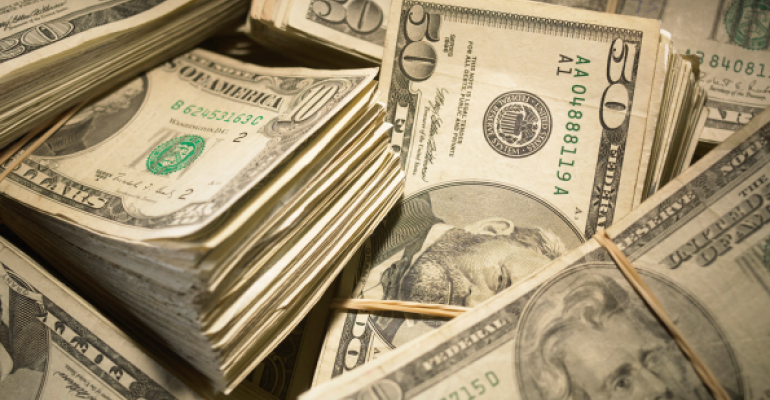 What advisors should know about the reemergence of the pooled income fund.

I received a lot of feedback when my article on pooled income funds (PIFs) was originally published in 2015. Since then, there have been two presidential administrations, and the current one is proposing sweeping changes to the tax law. Even if only some of President Biden’s proposed changes to capital gains taxes become law (for example, higher tax rates, carryover basis), the PIF will become an even more attractive strategy than it already is.

PIFs are essentially charitable trusts that “pool” together irrevocable gifts from one or more individuals, a family or a charity. Wildly popular when first introduced, PIFs fell out of favor in recent years because their interest and dividend rates have been at historical lows. The combination of low returns and reduced-tax deductions reduced their broad appeal.

However, the tide seems to have turned again with savvy practitioners establishing new PIFs to take advantage of current low applicable federal rates—a published federal rate that reflects a benchmark used for many situations, including private loans.

Under Internal Revenue Service regulations, the charitable income tax deduction for a PIF is calculated by using a complex formula based on the highest rate of return on the assets within the PIF over the prior three years. Older PIFs (with high interest rates) produce a low deduction because the amount of expected return to the donor is higher in these conditions. As a result, the amount left to the charity is less. Considering the amount of flexibility and control you have in a charitable remainder trust (CRT), there’s really no good reason to compromise and use an older PIF.

According to the IRS, if a PIF has existed for less than three taxable years immediately preceding the year in which a transfer is made, the highest rate of return is determined:

1. First, by calculating the average annual applicable federal midterm rate (as described in Internal Revenue Code Section 7520 and rounded to the nearest 2/10ths) for each of the three taxable years preceding the year of the transfer.

2. Second, by reducing the highest annual rate by 1% to produce the applicable rate. (The Fed simply publishes the rate in November or December for the following year. It is currently 2.2% for 2021.)

A business family recently brought me in to help them negotiate the sale of their $5 million enterprise, which was an S corporation (S corp). The family was very generous and wanted to commit $2 million to charitable purposes after the sale was completed. The family’s advisors were attempting to use a CRT to help them accomplish their charitable goals and save some taxes at the same time. However, they overlooked a few important things. First, CRTs aren’t qualified S corp shareholders, and second, the S corp status would be revoked if the company stock was contributed to the CRT.

There didn’t seem to be a good way for both parties to win. However, a post-sale contribution to a new PIF indicated that a $2 million cash contribution would produce around $1.7 million of deduction at the current ages of the family member/donors. The deduction would offset a great deal of the income tax liability created from the asset sale and would avoid complications and headaches for the advisory team. The buyer would be able to purchase assets (not stock), and the seller would get the full asking price they wanted.

Further, recent opinions about what constitutes “pooling” for the sake of qualifying for PIF status has led several commentators to agree that “more than one” life is enough. That is, a new PIF can be established for a very targeted group of donors who may have a specific investment policy they want the beneficiary (or beneficiary’s investment manager) to follow.

While it might seem problematic for a charity to maintain many different pools, current technology makes it a lot easier than it used to be. Furthermore, charities must become more creative and flexible to attract donors in today’s highly competitive giving environment. And there are several, donor-friendly and advisor-friendly organizations that see a tremendous opportunity.

PIFs vs. DAFs and CRTs

Numerous surveys show donors want more flexibility and control—a trend supported by the explosive growth of donor-advised funds (DAFs). However, DAFs don’t return any income to the donor. And while CRTs allow the donor to receive income, they often fail the 10% remainder test because of the donors’ ages. Including one’s children in the CRT is almost always out of the question. PIFs stand somewhere in the middle. Like CRTs, PIFs return income to the donor, plus they have no 10% remainder qualification, which allows a multi-generational income opportunity. Finally, PIFs provide a sizable tax deduction.

While income in a PIF is often limited to rents, royalties, dividends and interest—the typical charitable trust accounting definitions of income—there’s a recent school of thought arguing that some post-gift gain on the invested assets should be counted as income as well. Certainly, short-term gain shouldn’t be an issue. Some trustees may be willing to allow a portion of the long-term gain (usually less than 50%) to be allocated to income. This should greatly stabilize or normalize cash flows and make the PIF more like a CRT. Additionally, PIFs are not tax-exempt trusts like CRTs are, so skilled investment advice is quite important.

Establishing a new PIF is relatively inexpensive from the donor perspective. If any fees are incurred, they’re likely to be more than offset by the PIF’s tax deduction and the capital gains tax that was avoided via the PIF. I’m not saying you need to have an “e-PIF-any,” but advisors should always take the time to become more knowledgeable about strategies that help them better advise their clients.