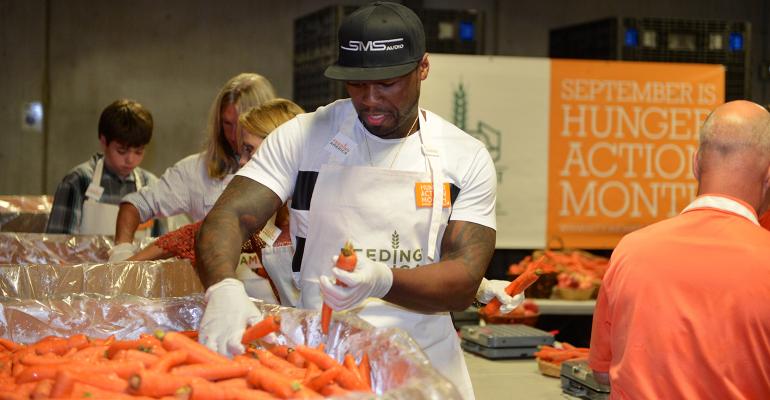 Philanthropy Is the Key to Combating Hunger in America

But it will take a bilateral approach to finally ameliorate this critical societal need and philanthropic challenge.

The holidays are around the corner and, for tens of millions of our neighbors across the United States, this will be a time of scarcity, insecurity, worry and, in the richest nation on earth, hunger. Consider these facts:

While it may seem convenient to try and solve hunger by recovering and redistributing wasted food to the poor, we must be careful not to conflate these two problems into a single solution.

"Hunger will not be solved by distributing excess food production or food waste to the poor. If we are going to end hunger, we must address the root causes of poverty and a corporate food system that places profit over people. Food banks cannot do that on their own, they must do so alongside diverse coalitions demanding the right to food and sustainable agricultural practices at the policy level,” explains geographer Joshua Lohnes, author of “Regulating Surplus: Charity and the Legal Geographies of Food Waste Enclosure” (Agriculture and Human Values, 09/12/20).

Dr. Lohnes’ words remind me of the parable about two people walking on a riverbank when they heard cries for help from people drowning in the river. One of the observers immediately dove into the river to try to save as many people as possible. The other ran upstream to determine how people were ending up in the river in the first place to try to prevent more!

Tackling food insecurity in the United States must take both approaches. Hungry people must have access to healthy, sustainably produced, nutritious food–now. With many schools deploying remote learning, millions of children who depend on schools for much of the nutrition they need to learn are without these resources. Philanthropy plays a vital role by its support of food banks and pantries, homeless shelters, feeding kitchens, nonprofit restaurants, school-based foundations and other charities whose mission is to get food to people.

On the upstream side, however, groups are examining the structure and priorities of America’s food manufacturing, distribution and assistance systems to try to determine how to prevent so many people from ever becoming food insecure. Rather than focusing only on the demand side of the hunger equation, they’re looking at the supply side and finding that America’s food policies, federal and state laws and regulations that promote the production, manufacture and distribution of food are often antiquated, unjust and contributing to hunger, food insecurity and waste, rather than supporting ways to nourish communities.

Philanthropy has a huge role to play in this upstream, supply-side, policy-based approach. Donors can support organizations—from grassroots to national–that help small-scale, local farmers enhance regional food distribution, address racial and economic inequalities in the food system and elsewhere, and work on policies that address the problems before people find themselves worried about their next meal. Philanthropists can support organizations providing education about food policy issues and can join forces with other donors, through organizations like Sustainable Agriculture and Food Systems Funders. And donors can pay close attention to food policy legislation, like the all-important Farm Bill, the primary agricultural and food policy tool of the federal government, scheduled for renewal in 2023, and other federal and state laws, that directly impact these issues.

A bilateral approach may help us finally ameliorate this critical societal need and philanthropic challenge. We need to both jump in the water and run upstream, going beyond charity to transformational change.

Bruce DeBoskey, J.D., is a philanthropic strategist working across the United States with The DeBoskey Group to help families, businesses, foundations and family offices design and implement thoughtful philanthropic strategies and actionable plans. He is a frequent keynote speaker at conferences and workshops on philanthropy. Visit deboskeygroup.com or @BDeBo