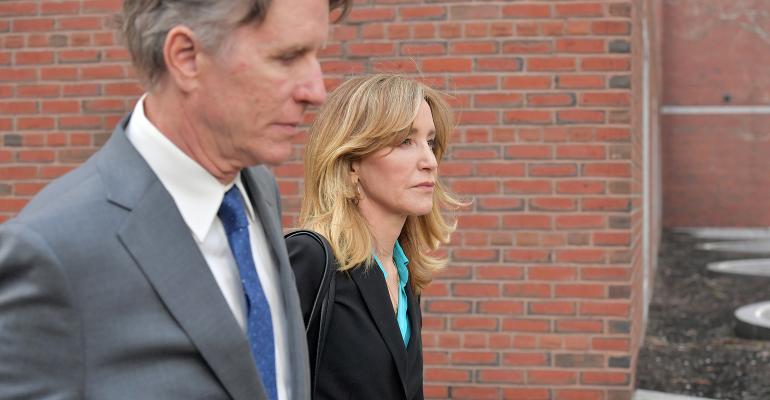 Until some of the wrongdoers receive serious jail time for criminal tax fraud, the universe of charitable incentives will be justifiably questioned.

While some (rich or not) may feel many of the moral constraints of life are merely advisory, the rules governing taxation aren’t.

The Operation Varsity Blues scandal represents undeniable civil and very likely criminal tax fraud. Wealthy families attempted to buy admission for their children into a number of elite national universities using a public charity to pay the orchestrators of the academic fraud and the universities themselves. This appears to be a watershed moment for the philanthropic community; who will be caught in the fallout?

Just as bad facts often make bad case law, the charitable community will discover how fake test scores, false identities and fraudulent tax deductions inspire poorly conceived legislation. Senate Finance Committee Ranking Member Ron Wyden (D-Ore.) intends to introduce legislation that would end the tax benefit for donations made to colleges and universities before or during the enrollment of the donor’s children. A thorny question in crafting such a rule would be for how long would tax-deductible contributions be banned. Does Sen. Wyden really plan on banning all such donations? If so, does the prohibition start from the moment the child is born or from entrance to high school? If it ends when the child matriculates at the donor’s college, has the appearance of “buying access and/or admission” really been removed if a parent can contribute during the student’s matriculation? Would the prohibition ever end?

For instance, take admitted felon and former partner at the internationally known law firm of Wilkie Farr Gallagher, attorney Gordon Caplan, who was caught on tape discussing paying to game the standardized testing and admissions system to secure extra time for his daughter’s not yet certified learning disability. In the case of Caplan, Sen. Wyden’s legislation might necessitate Cornell University to reexamine nearly $240,000 of gifts made from the Caplan Charitable Trust (the Trust) even though much of that total was made well before Caplan’s daughter became eligible to apply to college. In 2017, the Trust gave $100,000 to Cornell University, preceded by $140,000 in 2016, when Caplan’s daughter was likely in her first two years of high school. These numbers were a significant jump from previous years. The Trust donated $15,000, $40,000 and $15,000 in 2013, 2014 and 2015, respectively. The University received at least $7,500 from the Trust before then.

Other proposals might be even more unappetizing to university administrators. New America, a prominent left-leaning think tank, has proposed banning legacy admissions. Denial of federal student aid or research money could also be at risk for those institutions who fail to lotterize at least part of their admission decisions.

Elements of a Charitable Gift

A transaction isn’t a charitable contribution unless the donor parts with something and the donee (charity) receives something. Generally, if the donor retains control over the property (including money), a right to its income or the power to revoke the transfer, the transfer is incomplete. Likewise, if the donor receives something equivalent in value from the charity, no contribution has occurred. For example, a contribution to an educational institution, which in return agrees to allow the donor’s children to attend tuition-free, isn’t a deductible donation.

Sometimes charitable intent alone isn’t enough even though there’s a desire to benefit a specific person. Contributions to myriad GoFundMe appeals, funds deposited into a specific bank account established for a sick or injured individual, or proceeds from an event held to raise money for victims of a tragedy (or their families) won’t be deductible because they aren’t held by a qualified charity; therefore, they aren’t eligible for a charitable contribution deduction.

The Tax Cuts and Jobs Act of 2017, with its tax on large endowments and certain executive compensation packages at nonprofits, hopefully alerted higher education that the spotlight is on them. That light continues to burn, fueled by the perception of higher education, especially at the national private and flagship state universities, perpetuating and not diminishing wealth and income equality. Certainly, Operation Varsity Blues showed the rich getting richer … until pleading guilty. An environment of more demands for institutions to spend their endowments for core needs will continue. Proposals from politicians and think tanks only will exacerbate the complexity of the charitable sections of the Internal Revenue Code.

Maybe our prosecutorial and judicial leadership will consider a much more compelling inspiration of acceptable behavior; specifically, enforcement of the civil and criminal tax fraud penalties under the IRC. As of this writing, none of the defendants are under indictment for violation of the tax laws. The mastermind behind the scandal, William “Rick” Singer, offered to create fraudulent tax deductions for the amounts contributed to Key Worldwide Foundation (KWF), which appeared to be a qualified charity with Form 990s part of the public record. KWF issued receipts that included the IRC-required statement that the payments weren’t in exchange for goods or services. The public now knows that statement to be screamingly false. KWF, in effect, concealed the nature and source of bribes from parents seeking admission to desired schools.

Until some of the wrongdoers receive serious jail time for criminal tax fraud, the universe of charitable incentives will be justifiably questioned now and when the next generational overhaul of the IRC occurs.

Under IRC Section 6663, the penalties for civil tax fraud are 20% of the disallowed deduction, plus 75% of the portion of the underpayment attributable to the fraud. For example, if a $100,000 “deduction” saved $37,000 in federal income taxes, then an additional $27,750 is owed. The penalty won’t be imposed when the taxpayer shows reasonable cause and good faith. Had the charitable contributions of the defendants been made through their family foundations, another level of problems also arises. The taxpayer’s burden of proof is the standard of a preponderance of the evidence. Yet, the civil fines are relatively modest compared with the resources of many of the centimillionaire defendants. For a wrongdoer worth even a mere tens of millions of dollars, a disallowed charitable deduction of a million dollars, including penalties, is still a modest percentage of assets.

What will make bribery “a moral issue” for the ethically unwoke is the prospect of fighting a criminal indictment for tax evasion. Although the standard for a criminal felony conviction is beyond a reasonable doubt, the punishment under IRC Section 7201 can be both a fine of not more than $100,000 and not more than five years in prison, including the costs of prosecution.

An honest man has been defined as someone doing right in the face of temptation when no one is looking. It appears the public needs to ask whether it wants to commit additional resources to the Department of the Treasury to assure the dishonest man will do right because he’s being watched. What a sad but necessary question to ponder!

This is an adapted version of the author' s original article in the June 2019 issue of Trusts & Estates.