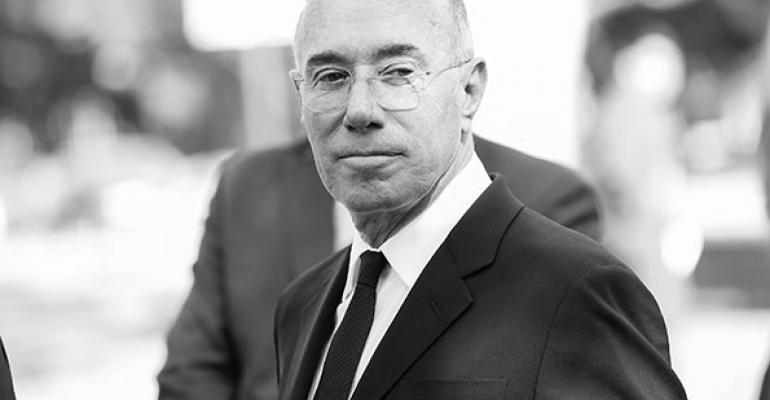 Is all charity helpful?

It's no secret that some ultra high-net-worth individuals attach 'naming rights' to their large-scale philanthropic donations, often out of a desire to be recognized for a legacy of giving rather than the ability to accumulate wealth. Since the terms of charitable donations are considered private under federal law, donors are becoming more brazen in the conditions they place on their gifts and it puts institutions in an awkward position.

We’ve become largely desensitized to these agreements due to their generally benign nature. They are, after all, ostensibly for the public good and similar to the sponsorship deals ubiquitous in daily life (you can probably count the number of sports stadiums in this country not named after a corporation on one hand).

However, two recent examples point to the complexity of these gifts, and the potential long-term harm they may cause: David Geffen’s donation to Lincoln Center and a more obscure case regarding Paul Smith’s College in upstate New York.

In March, entertainment mogul David Geffen donated $100 million towards the renovation of Lincoln Center’s famed Avery Fisher Hall, home of the New York Philharmonic. However the renovation was to be more thorough than a mere makeover, and, as part of the agreement, required the theater to be renamed David Geffen Hall in perpetuity. (Now before we get up in arms condemning Geffen for his hubris, the New York Times reported that Lincoln Center, in need of the contribution to spruce up the substandard theater, approached him after already persuading the Fisher family to give up the name. Though he, of course, could have declined the naming aspect and just made the requested donation.)

What’s interesting here are the tax implications. Geffen is allowed to use the full $100 million value of the gift when determining how much he can deduct from his taxes for charitable contributions. Yet, the naming rights clearly have value, so this wasn’t a straight gift. Geffen received something in return, which should affect how much he can deduct. Typically, this argument is difficult to make, as it’s very tough to apply traditional valuation techniques to establish a dollar value for charitable naming rights, since they’re not something that’s sold on a market (which is what usually separates these situations from superficially similar ones like stadium naming rights deals).

However, in this particular case, there was, in a way, a market. The Fishers received $15 million in exchange for agreeing to renounce their own claim to the rights. So, effectively, Geffen gave $100 million and received an asset worth $15 million in return; his charitable contribution should be valued at $85 million. The IRS has been trying to close this particular loophole for years, but has continually failed. Perhaps a high-profile case like this one, where a reasonably clear value for the name can be established, is exactly what they need to add credence to their argument?

The case regarding Paul Smith’s College, on the other hand, is an interesting reflection of the danger of allowing perpetual naming rights to be attached to charitable gifts. Paul Smith’s College is a tiny school in northern New York with an endowment of about $27 million. It was created in 1937 by a bequest in the will of Phelps Smith, which also required that it “be forever known” as Paul Smith’s college.

Recently, it’s been the beneficiary of the philanthropic largesse of finance billionaire Sanford I. Weill and his wife Joan to the tune of about $10 million. The couple planned a further gift of $20 million, but only on the condition that the school’s name be changed to Joan Weill-Paul Smith’s College, to which the college acquiesced.

The non-profit school petitioned New York State Supreme Court to free it from the restrictions of its founder’s will, arguing it “nearly fatally impedes the ability of Paul Smith’s to seek large gifts from a single donor in order to make the investments it needs to remain viable.”

The petition was rejected. The court upheld the perpetual naming restriction, noting that the school was not in dire enough financial straights to require such drastic action. The Weills then pulled their gift. So, the very act of charity that allowed the school to be founded in the first place is what stopped it from securing its financial future and nearly doubling its endowment.

It’s very rare for these types of cases to reach a decision, so although this is not a high-profile case it nonetheless sends a strong message about the strength that courts will afford to perpetual naming agreements.

Institutions should take note and consider attaching time limits to such agreements so that they aren’t limited in the future to accepting large awards from the next generation of wealthy benefactors. Unfortunately, many institutions are at the mercy of big donors and don't have this luxury. Perhaps, government action to somehow incentivize such time restrictions is the only way to correct this imbalance; after all, charitable donation tax treatment is predicated on the idea that the donor receives nothing in return for the money; perhaps that should no longer include permanent civic-institution-sized billboards proclaiming, for all time, the donor's charitable heart, as well as their status.