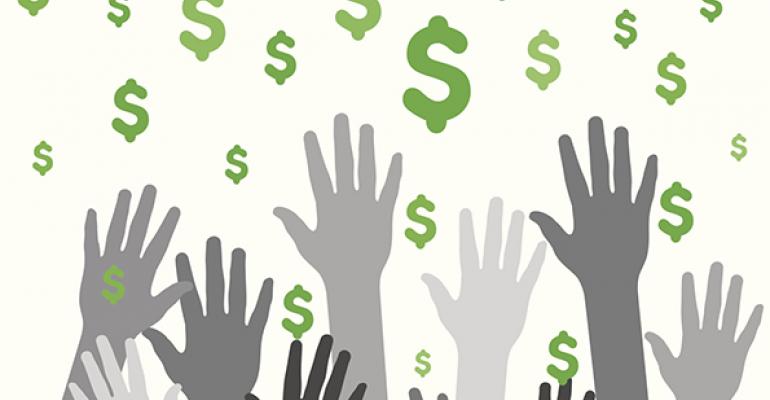 In addition to the personal fulfillment many individuals find by supporting charitable causes special to them, a thoughtfully planned and implemented charitable giving strategy can result in greater tax savings and after-tax results. For investors who own appreciated assets, such as publicly traded or privately held stock, mutual funds, real estate or a sizeable IRA, there are significant benefits to gifting those assets to qualified charities, instead of writing checks or using a credit card (far beyond credit card rewards!).

There are many different vehicles for charitable giving, including direct transfers to a charity, donor advised funds, private foundations, qualified charitable distributions and charitable trusts, each with pros and cons and varying levels of complexity. However, donor advised funds arguably have the broadest potential appeal as a tax-efficient gifting strategy, while also offering ease of administration. As each person’s tax circumstances are unique, it is always recommended that donors consult with a tax professional before acting on any strategy.

The Fundamentals of a Donor Advised Fund

A donor advised fund is a private fund administered by a section 501(c)(3) organization and created for the purpose of managing charitable donations on behalf of an organization, family or individual. In many ways, they are administered and can be invested similarly to any other custodial accounts and are offered by numerous custodians (including Schwab, Fidelity and Vanguard). Comparable to any other account, features such as minimum balance and grant sizes will vary by custodian.

To open new accounts, the aforementioned custodians require minimum initial contributions of between $5,000 and $25,000 with no maximum. Generally, administrative fees begin at 0.60 percent annualized on asset balances. Reduced fee incentives may be available on accounts with larger balances, and similar to other investment accounts, additional fees may be incurred for investment management.

Once a donor advised fund is established, contributions can be claimed as a tax deduction in the year they are made (subject to individual adjusted gross income limitations), regardless of when funds are actually distributed to a chosen charity or charities. Although the account can be established with cash, appreciated assets are typically the most favorable, as they allow the donor to avoid capital gains taxes on those assets, while receiving the tax deduction on the gross (pre-tax) value of the asset.

Using a Community Foundation as a Form of Donor Advised Fund

In lieu of large custodians, donors can also utilize a community foundation to establish a donor advised fund. Donors interested in establishing relationships within their local community may prefer this option. Community foundations also provide information on local charities, or they may offer connections to research books or databases that profile local area charities. Donors might also increase the impact of their grant by donating at a time when their grants will be matched or by establishing a matching challenge of their own. Some community foundations assist in creating such matching challenges or in coordinating like-minded donors.

Further, community foundations often offer the most versatility with accepting non-public assets such as private stock, hedge funds or real estate. As a tradeoff for community foundations’ additional flexibility and services, fees might be modestly higher and administration may be more involved than the donor advised funds available at large custodians.

The donor has the ability to retain control over the charitable grant recommendations and investment decisions and can either allocate funds to final charitable beneficiaries or assign a successor advisor as the eventual replacement. Similar to private foundations, donors often assign their children as successor advisors as a method of promoting their involvement in charitable giving. The ability to grow charitable assets and to make strategic decisions on the charitable recipients also offers an opportunity for the donor to involve family in the decision-making process, akin to the operation of a private foundation. This can be a helpful tool in educating the next generation with investment decisions as well as the responsibility and the benefits of charitable giving. Note that unlike a private foundation, children cannot be compensated for their services to a donor advised fund.

Donor advised funds allow for anonymity in that grants can be made without identifying the underlying donor(s). Private foundations do not offer the same anonymity.

It is now possible to convert private foundations into donor advised funds.

Donor advised fund donors appreciate the many benefits of online services, including an organized system to recommend grants and review transaction history. This can be especially helpful to answer the frequently asked question of how much a donor granted to a specific charity the prior year.

Appreciated securities can be contributed to donor advised funds (or other charities) any time throughout the year and timing can be especially valuable as a rebalancing tool after an asset has appreciated. Waiting until December could result in delays due to higher volume of activity.

Given that donor advised funds are so flexible, efficient and low-cost, it is no surprise that fund balances have grown rapidly (now over $70 billion). In fact, from 2008 through 2013, assets grew about 74 percent, according to the National Philanthropic Trust. And through 2014, there are now more than 238,000 donor advised fund accounts, which exceeds the number of private foundations.

However, some critics are beginning to target donor advised funds. The concern is that some donors may keep and grow assets held indefinitely, and critics want assets to reach charities more quickly. They argue that this change would cause the timing of the charitable contribution deduction to better align with when charitable organizations receive the donated funds. In fact, in 2014 then-Chair of the House Ways and Means Committee, Dave Camp (R-Mich.), included in his tax reform proposal a requirement that donor advised funds distribute funds within five years of their contribution and that a 20 percent excise tax be assessed on undistributed assets.

However, according to the National Philanthropic Trust, through 2014, donor advised funds distributed over 20 percent of fund balances for the eighth consecutive year, well above the 5 percent annual minimum distribution required of private foundations.

Donor advised funds, when used as part of an overall giving strategy and executed as referenced above, are a highly optimal vehicle for the tax benefits, ease of administration, flexibility, low costs and benefits to charities.